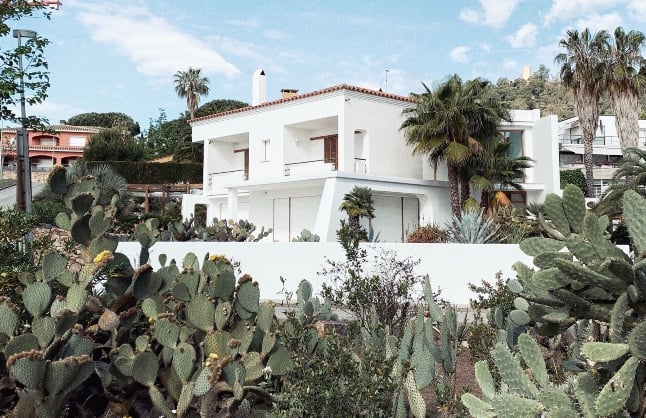 Photo by Zac Cain with Unsplash

Standing atop a pile of rubble, gazing out into the valley, it was obvious what had inspired the former owners of these houses to buy a place in this beautiful part of Spain.

Sadly, Peter and Margaret Hegarty and Frank and Janet Doel never got to live out their twilight years in Cantoria, a tiny hamlet in Almeria, in southern Spain.

They became the latest Britons to see their Spanish properties reduced to rubble after a court decided their homes were illegal and must be torn down by bulldozers.

Painted in red on the wall of a house which was about to be torn down was the mocking postscript: The Spanish Dream.

I was in Cantoria to report on the plight of Britons who had lost their dream second homes because they had been declared illegal like so many thousands of others.

The British owners were usually victims of a mixture of corruption, archaic planning laws and naivety on the part of the purchasers.

Some spoke little Spanish and unfortunately took Spanish mayors or developers at their word. Most, however, were the prey of developers keen to cash in on a building boom which appeared to have no end. Except, it did.

Now, ironically perhaps, British second home owners face a new threat not from the Spanish – but from their own compatriots in the form of Brexit.

Four years after that dramatic vote, Brexit is fast approaching and for some with villas along the 8,000km of Spain's coast this might spell trouble.

Little progress has been made on negotiations about key issues like freedom of movement for Brits who want to come to Spain to spend time in their second homes.

Those with properties in Spain still have until the end of the 2020 to apply for residence status under the EU rules. But time is drawing short.

The coronavirus has played havoc with Spanish bureaucracy, along with everything else.

This means just getting an appointment to sort out residence is nigh on impossible. Campaigners have suggested if freedom of movement for EU/UK citizens is not provided for in the future deal, which will almost certainly be the case, Britons who are not resident in Spain may face new restrictions on movement.

This could mean they can only spend up to 90 days in any 180-day period within the Schengen Zone. But all this is still speculation with only six months to go before Britain finally leaves the European Union.

Imagine if no deal is reached on this key point, it could mean something like this:

Instead of heading off to your villa in Valencia for the weekend on a whim then staying for as long as you want, things might start to get a little more complicated.

Second-home owners – at least the British ones – might have to start to keep a close tally on how long they are in the country so they do not exceed the 90 day limit.

'Swallows' – those Britons who head off to Spain for the entire winter – may find they have to return to the UK just as the weather is at its worst.

Looking ahead, what could this mean? Among foreigners, Britons still buy the largest numbers of homes in Spain and have done for years.

If it seems harder to come and enjoy that villa or hacienda, then that could all change.

Personally, I do not think it will alter our passion for Spain.

Britons have weathered other property scandals here and still come back looking to spend more cash in Spain on bricks and mortar.

Remember the land grab scam in Valencia? Councils simply redefined which land could be used for building and which could not. If part of your property bordered on 'rural' land, it could be declared illegal and effectively grabbed back by the local authority.

Tens of thousands of homes have been declared illegal in Spain.

Thankfully, that situation is changing. The conservative regional government in Andalusia, where many Britons have bought houses, has signalled it will grant compensation to those who lost their properties but had acted in good faith.

This has come about mainly thanks to the hard work of campaigners like Maura Hillen and Gerardo Vazquez, a lawyer, who have fought to change the law so those, like the Hegartys and Doels, could get some redress from the Spanish judiciary system in terms of compensation.

If only this were possible with Brexit. 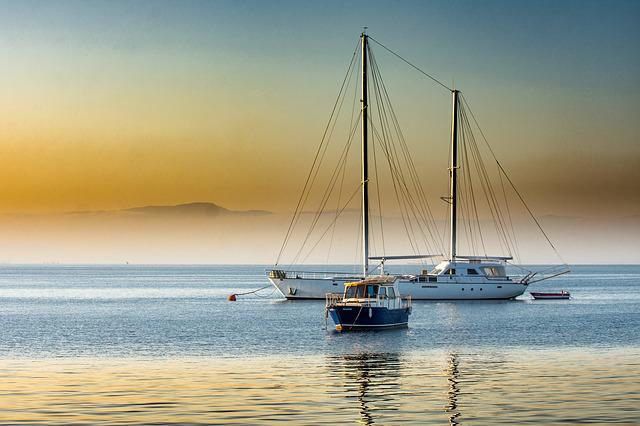 Living in Spain you may have chosen like many foreigners do, to live near the coast in order to make the most of the great weather and the Mediterranean Sea.

You may be content exploring the coastline by swimming, stand-up paddleboard or kayak, but you may also want to explore further and get your boat licence.

Even if you don’t buy your own boat in Spain, you will still need a licence to be able to rent and drive certain boats while you’re on holiday.

How does getting your boat licence in Spain work and what type of boats do you need it for?

If you have a boat that is longer than 5 meters and is more powerful than 10 KW, it is mandatory to have a boat licence in Spain. It won’t be necessary for very small boats, peddle boats, kayaks or canoes.

There are several different types of boat licences in Spain, so in order to know which you’ll need, you’ll first need to know what type of boat you want it for.

The process is somewhat similar to getting a driving licence for a car, you will need to first take a course or some lessons, followed by an exam before you are awarded your boat licence. You can do this at many different sailing schools, located in marinas across the country.

You can visit the site Titulosnauticos.net to find your nearest sailing school, where you can take lessons, as well as the necessary exams.

READ ALSO – Brexit: UK nautical qualifications to be recognised in Spain by the summer

The simplest type of licence in Spain is the Licencia de Navegación, which allows you to be able to drive small boats of up to six metres in length. You will only be able to sail in the daytime and can only go up to two miles from the coast or port.

In order to get this licence, you will have to take at least a two-hour lesson, where you will learn how to access channels through marked and unmarked beaches, regulations regarding maritime traffic and inland navigation in ports. This will be followed by a four-hour practical exam out on the water, showing the examiner how you can safely navigate and follow all the rules.

The Basic Navigation Licence will allow you to drive jet skis, motor boats up to 7.5 metres in length and sailing boats up to 8 metres in length. With this licence you are allowed to go a maximum of 5 miles from the coast at any time, including at night-time. In order to get this permit, you will need to take a course, as well as a practical exam, like above. This generally costs between €250 and €350.

El Título de Patrón para las Embarcaciones de Recreo (PER)
The Recreational Boat Skipper licence is one of the most popular as it allows you to drive sailing and motor boats up to 12 metres in length. Your permit allows you to go up to 12 miles away from the coast and sail between the islands of the Canary and Balearic archipelagos too. The cost of this ranges between €500 and €700.

To get this licence, you will have to pass a multiple choice exam, undergo a 16-hour basic safety and navigation practical course and a theoretical radio operator course which will take around 12 hours.

In order to get your Yacht Skipper licence, you will first have to have the Recreational Boat Skipper licence above. This permit allows you to operate sail and motor boats of up to 20 metres in length and up to 60 miles from the coast.

As well as already having a licence, to upgrade it to this one, you will need to do a theoretical exam, as well as 48-hour practical cruise test. This usually costs between €600 and €700.

Remember that as well as having your licence, you will need to take out adequate insurance to be able to drive a boat here.