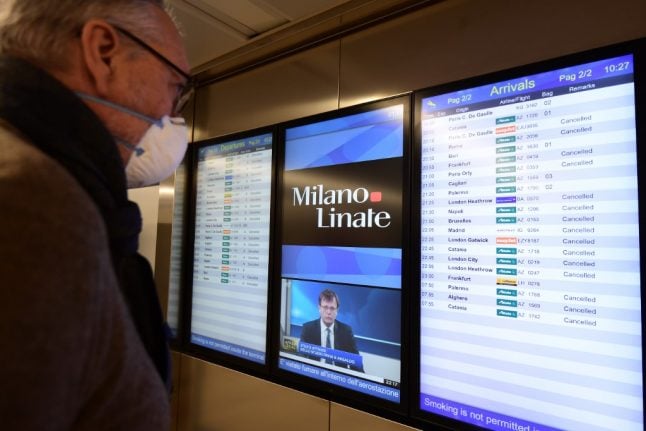 Under EU rules protecting passengers' rights, consumers are entitled to choose between a voucher or reimbursement in money – even amid the Covid-19 pandemic and resulting crisis for travel companies.

But Italy has adopted legislation allowing airlines – as well as boat, bus and train companies – to make vouchers the only form of compensation on offer.

“Throughout this crisis, the Commission has consistently made clear that passenger rights remain valid in the current unprecedented context and national measures to support the industry must not lower them,” states the European Commission, which on Thursday began infringement proceedings against Italy for violating EU rules.

The commission has also opened similar proceedings against Greece. Each country now has two months to respond or face a formal request to comply with EU law.

Italy was further put on notice for allowing tour operators to refund package holidays in vouchers instead of money, or to take more than 14 days to reimburse travellers. Nine other countries received the same warning: the Czech Republic, Cyprus, Greece, France, Croatia, Lithuania, Poland, Portugal and Slovakia. Several member states had called for the EU to temporarily relax its rules on refunds amid the crisis, which has left many companies with severely limited cashflow.

But while companies can encourage travellers to accept flight credits by making them more attractive – by extending the validity period or making them transferable to other services, for example – they must continue to offer a choice, the European Commission says.

One reader who travelled to Italy from Ireland last week told The Local that when Aer Lingus moved her Dublin-London flight back, making it impossible for her to make her Alitalia connection to Rome, “Alitalia told me I had two options: cancel the flight and lose all my money, or accept a voucher for the value to be used within 12 months. I took the voucher.”

On Friday Italy's competition watchdog said it had opened investigations into Alitalia and Spanish airline Volotea for selling tickets on flights that were subsequently cancelled and offering passengers only credits as compensation. The Italian government had already lifted its travel restrictions at the time, the competition authority said.

Italian consumer rights associations have threatened class action lawsuits unless Italy complies with the EU's rules and say that consumers could go to court to get their money back.

Consumer watchdog Codacons has created a form that passengers can use to request a monetary refund from their airline in the event of a cancelled flight (you'll need to join the association to access it, at a cost of €2).

What are my rights if my journey is cancelled?

In its guidelines on passenger rights during the Covid-19 pandemic, issued in May, the European Commission states:

“As re-routing is hardly applicable under the present circumstances, the de facto choice is mainly between the various possibilities for reimbursement.