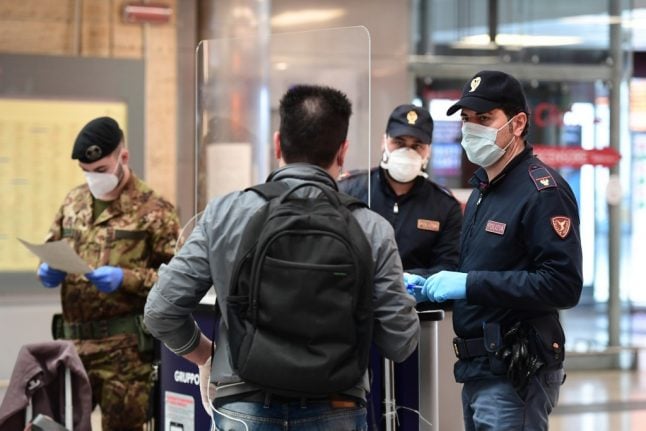 The EU 27 member states on Tuesday agreed on a list of 15 countries whose citizens would be allowed to travel to European Union from July 1st.

But later on Tuesday Italy, which had earlier seemed in favour of reopening, announced it would not be lifting all restrictions on travel from outside Europe.

Unlike most European countries, Italy opted out of allowing unrestricted travel from these countries on the “safe list”. Though they may now be allowed to enter for non-essential reasons, Italy still requires residents of those countries to undergo quarantine on arrival.

The list of safe countries also now provisionally includes China, although certain conditions have to be met, but it does not include the US, Brazil, India or Russia.

READ ALSO:  EU agrees to reopen borders to 15 countries – but excludes US from safe travel list

Within hours of the EU's announcement, Italian authorities said the country would opt out of allowing unrestricted travel from these countries, and would be keeping the current quarantine rules in place for travellers coming from outside the bloc.

“The global situation remains very complex,” stated Italian Health Minister Roberto Speranza. “We must prevent the sacrifices made by Italians in recent months being in vain.”
This means that, while residents of those countries may be allowed to enter Italy, they will still have to undergo quarantine for 14 days on arrival.
READ ALSO: Italy's latest travel rules, explained
Italy, which has suffered one of the highest Covid-19 death tolls in the world and was the first country to impose lockdown, now appears to have the spread of the virus under control. The number of new cases and deaths continues to steadily decline, as authorities reported 143 new cases on Tuesday. Italy's national lockdown lasted almost three months after it was the first western country to suffer a Covid-19 outbreak. Photo: AFP
There are widespread concerns that reopening external borders now would “spark a new chain of contagion,” writes Italian newspaper La Repubblica.
“For this reason, Italy is keeping the mandatory quarantine rule for all those arriving from a non-EU nation, even if they have passed through another internal Schengen country,” it said.
Italy has allowed free movement to and from EU and Schengen zone countries, including the UK, since June 3rd. This will not change, Speranza confirmed.
But travel from outside this area will remain restricted, with Italian authorities reportedly concerned about non-EU travellers arriving in Italy via other Schengen countries, which is possible due to freedom of movement rules within the Schengen zone.
“Rome wants to avoid closing to travel from Schengen, which would completely damage the summer tourism season,” La Repubblica writes.
READ ALSO: 'How I managed to travel from the US to Italy during lockdown'
Instead, the government is reportedly considering police checks “other than those at the borders, such as checks in hotels: if it is found that a person has arrived from a non-EU country, they will have to remain in quarantine for two weeks,” Repubblica writes.
The Italian government has not given any indication of how long it expects the travel ban to remain in place. It has however been reviewing lockdown rules every few weeks since lockdown began to ease at the beginning of May.
The EU said it would be reviewing the list lof safe countries every two weeks.
Italy may not be alone in refusing to allow unrestricted non-EU travel from July 1st, as border control remains a  national competence and is not decided at EU level.

A statement from European Council on Tuesday read: “The Council today adopted a recommendation on the gradual lifting of the temporary restrictions on non-essential travel into the EU. Travel restrictions should be lifted for countries listed in the recommendation, with this list being reviewed and, as the case may be, updated every two weeks.

Countries like France and Germany have along with the Commission stressed the need for a “common and coordinated approach” and don't want individual states going it alone.

The Commission has also made it clear the continued restrictions after July 1st wouldn't apply to EU nationals, those from Schengen area countries (Switzerland, Norway, Iceland) or non-EU nationals and family members who have their main residence in Europe “regardless of whether or not they are returning home”.

The Council's statement said: “For countries where travel restrictions continue to apply, the following categories of people should be exempted from the restrictions: