Who's the rudest, and who's the most likely to drive too fast? Photo: AFP

Drivers in most of Europe say they have adopted safer and more courteous behaviour behind the wheel, with the notable exception of the French and Greeks who share the top spot for hurling insults at other road users, polling data suggested on Wednesday.

In a poll of self-reported behaviour, drivers in most European countries said they were less likely to resort to insults than a year ago, to lean on the car horn, to overtake on the right, or to drive too closely to the car in front of them.

However, the poll found the Greeks were most likely (47 percent) to drive on the tail of the car in front of them and, with the French, to insult other drivers (70 percent).

READ ALSO: 'No consideration for anybody except themselves': The damning verdict on Danish driving

The Spanish, at 66 percent, were quickest to jump on their car horn, according to the research conducted in 11 countries by the Ipsos polling agency for roads operator Vinci Autoroutes.

The Greeks, the study found, topped the list for dangerous road behaviour while the British came last.

Overall, 88 percent of European drivers admitted to exceeding the speed limit on occasion – one percent down from 2019, and 61 percent – a drop of three percent – to not respecting the safety distance.

The Swedes were the most likely to drive too fast or too close to another car, or to take their eyes off the road, the poll found.

Dutch drivers were the most likely – almost half of them – to overtake on the right in lanes meant for slower traffic.

On a positive note, the poll found that only two of the 14 indicators of dangerous driving behaviour were on the rise – speaking on the telephone and setting the GPS while driving.

A fifth of drivers – a rise of one percent from 2019 – said they had got out of their car to settle an argument with another road user. The Poles, at 37 percent, were most guilty of this.

A fifth of French drivers, compared to 16 percent in Europe, said they were “not really the same person when driving”, and judged themselves to be more nervous, impulsive or aggressive than otherwise.

The number fell by two percent from 2018.

While the underlying trend remains downward, progress had slowed in most countries since 2013, and the EU target of halving the number of road deaths by 2020 from 2010 would not be met, the European Commission said in a report.

“2020 still may prove to be an outlier with early indications that the number of road fatalities is likely to drop significantly in view of the measures taken to tackle coronavirus but not by enough to meet the target,” it said. 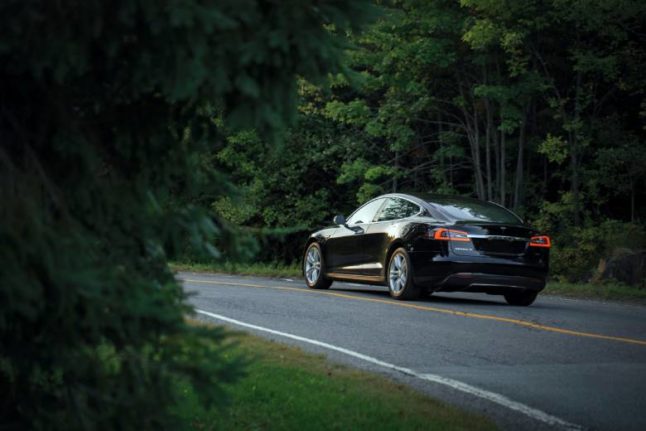 Norway prides itself in having the most electric cars per capita in the world. However, even the electric car’s biggest fans are disappointed with some features of modern EVs.

One of the key issues? Winter range, according to the most recent survey carried out by Norstat for the Norwegian Automobile Association (NAF).

As many as 45 percent of electric car owners in Norway are disappointed with their car’s range in winter.

Furthermore, 22 percent of respondents in the survey stated that the winter range is the reason they will not buy an electric car.

In the 2022 annual winter test of electric cars organis ed by the NAF, none of the dozens of the electric cars tested achieved the range the manufacturer promised.

Electric cars run between four and 32 percent shorter in winter than in summer, according to previous surveys carried out by the NAF and the magazine Motor.

“Last year alone, there were almost 140,000 new electric cars on the roads. Many new electric car drivers get surprised during the winter,” senior communications advisor Nils Sødal at the NAF said in a press release published on Tuesday.

“For many people, range is the first thing they look at when choosing an electric car. And in winter, you risk losing a lot of that capacity. This creates uncertainty among people,” Sødal explained.

Despite this issue, due to multiple factors that we will discuss in this article, Norway is still a great country to take a long trip in an electric car.

The fact that you have to keep in mind – and plan for – the winter range limitations does not make it substantially more challenging to go on long trips in the country.

Norway has a well-developed charging infrastructure system, with almost 17,000 charging stations (the number continues to increase yearly), including 3,300 rapid chargers, set up all over the country.

The sheer number of chargers means that you can travel long distances in an electric car with relative ease, as you will always be within a charging station if you need it.

Furthermore, modern electric vehicles have increased range (ca. from 200-400 kilometres), meaning that they can drive for several hundred kilometres before you need to charge.

As the Norwegian EV association points out, people can get around easily in an electric vehicle even in the northernmost parts of the country, an area characterised by huge distances and really low temperatures in the winter.

Where to find chargers

As a country that has been actively promoting electric mobility, Norway has invested heavily in installing charging stations across its regions.

As part of its strategy, it put additional emphasis on setting up fast charger points along the country’s major highways – making it convenient to charge your car on long trips, as fast chargers can recharge the battery of an electric car to 80 percent in around 35-45 minutes, which should be enough for most long-distance trips.

While you’re on the road, look out for charging points from providers such as Fortum Charge & Drive (list of charging locations available here) or Mer Connect (you can find more information on Mer here), which operate broad networks of charging stations across Norway.

As the state-funded guide Visit Norway points out, the easiest way to find a charging point is often by checking one of the country’s (and region’s) most extensive e-charger maps, here.

A quick tip: Remember to download the necessary apps and register with the major charging providers in advance so that you always have access to charging stations.

So, is going on long trips with an electric car in Norway feasible?

The short and unsurprising answer is “yes.”

Due to its well-developed network of chargers and related infrastructure, as well as numerous fast chargers along highways, Norway is a great country for long trips in an electric car.

Just remember to always plan in advance and familiarize yourself with charging options on the route you plan to take.