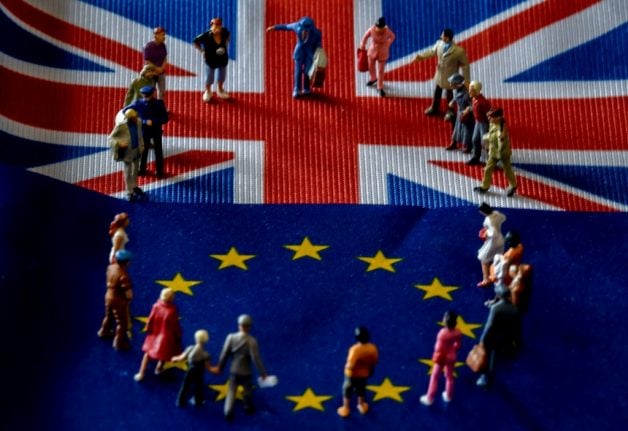 The British Embassy in Paris confirmed late on Saturday evening that the website will now not be launched until October 1st.

That's just three months before the end of the current transition period although Brits in France will have until June 30th 2021 to apply for a permit.

The Embassy said: “The French Ministry of the Interior has announced that it is postponing the re-launching of their residency permit portal from July to 1 October because of the impact of Covid-19.”

The French Interior had earlier announced the delay on its Brexit portal for British residents.

According to Citizens' Rights group France Rights, the decision to delay the relaunch of the website was taken on Friday evening.

“The reason for the delay is simple, prefectures now have a 3-month backlog of permits to process and would not be able to give the necessary focus and care to processing ours as well,” France Rights said on its Facebook page.

“While we understand the impact of Covid on all areas of our lives, this decision has come very late in the day, was poorly communicated and missed key print deadlines which matter for the many British citizens who do not use social media.

“We will be continuing our discussions with the Embassy and the Ministry and keep you updated.”

READ ALSO: What we know about France's new online system for residency permits

Brits have until December 31st, 2020 to become legally resident in France and then will have until at least the end of June 2021 to make the application.

France announced back in January that it would be creating a new online process, and despite the widespread chaos caused by the coronavirus epidemic and following lockdown, it had seemed that the site was still on course to open in July as planned.

“A new website adapted to the provisions of the Withdrawal Agreement will be opened in anticipation early July 2020,” reads the message from the French government.

“British citizens residing in France will be issued specific residence permits 'United Kingdom's withdrawal agreement from the EU' for which they will have to apply before July 1st, 2021,” reads the message from the French government.

The applications will still be processed by individual préfectures, but the application must first be made online (although there are expected to be exemptions for people who do not have internet access).