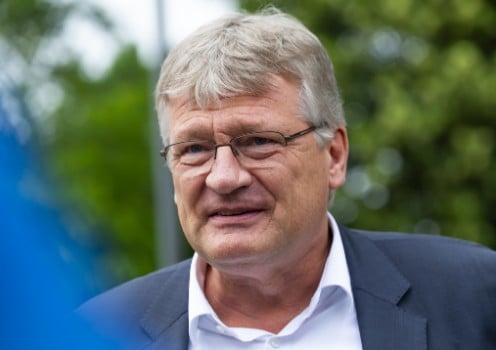 “We had controversial discussions as befits a democratic party,” AfD co-leader Tino Chrupalla told reporters on Saturday evening following the first face-to-face meeting of the party top brass since the corona crisis.

“We are the AfD, we are not divided,” Chrupalla added after the discussions in the Saxonian town of Lommatzsch of 50 senior party figures.

Despite the protestations of internal unity, conflict was in built in the meeting, where a vote was held on whether to officially admonish co-leader Jörg Meuthen for suggesting recently that the party might be better off splitting into a conservative western faction and a nationalist eastern one.

The point of order described Meuthen as engaging in “irresponsible attempts at division.” Put to a vote, the proposal to punish Meuthen was narrowly defeated by 27 votes to 23.

Meuthen has been engaged in open warfare with the extreme wing of the far-right party ever since he convinced the central committee to annul the membership of Andreas Kalbitz, party leader in Brandenburg, in May.

Kalbitz was a leading figure in the Flügel, a xenophobic inner party pressure group, which Germany’s spy agencies put under observation due to its extremist tendencies. The Flügel officially disbanded in March.

Since ousting Kalbitz, Meuthen has been accused of betrayal by party hardliners. He also suffered a humiliating setback on Friday when a Berlin court ruled that the decision to expel Kalbitz was invalid and could only be made by the party’s arbitration committee.

Speaking on Saturday evening, Meuthen sought to play down internal differences. The party is known for its “vital debating culture,” he said, adding that that this shouldn’t be mistaken for serious divisions.

“I am trying to hold the party together, and I have the support of the majority of the central leadership in this issue,” he said.

Meuthen told reporters that the party needed to create a “firewall” against right-wing extremism.

“We have evidence that Kalbitz has an entrenched far-right past that he has never distanced himself from,” he added.