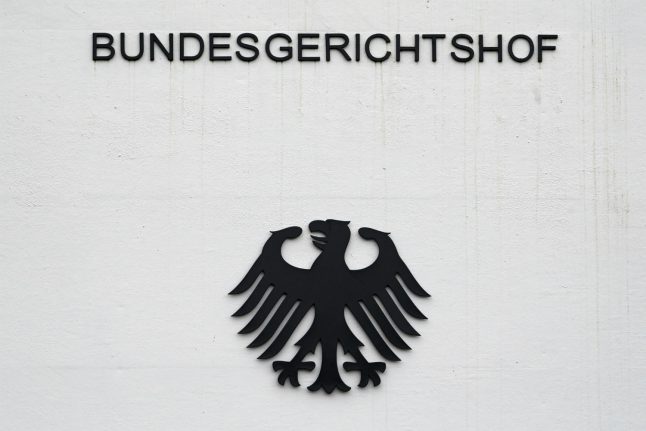 Four of the suspects were arrested after dawn raids on Wednesday targeting
several apartments and six other locations in the western state of North Rhine-Westphalia. Another Tajik national was previously detained.

The five were also allegedly planning attacks on individuals they deemed critical of Islam, prosecutors in the city of Karlsruhe said.

The suspects — named as Azizjon B., Muhammadali G., Farhodshoh K.,
Sunatullokh K. and Ravsan B. — are accused of joining the Islamic State group in January 2019 and initially planning to carry out attacks in Tajikistan.

They then switched their focus to Germany after receiving instructions from two high-ranking IS leaders in Syria and Afghanistan, prosecutors said.

The five men had been planning to attack targets including US air bases and had already ordered bomb parts online, as well as stocking up on firearms and ammunition.

They also planned an assassination attempt on a person they believed had
expressed Islam-critical views in public, and had already begun spying on the intended victim, prosecutors said.

Two of the suspects are also accused of travelling to Albania to carry out an assassination attempt in exchange for $40,000. However, the project failed and they returned to Germany.

Germany has long warned of the threat of more violence ahead after several attacks claimed by the Islamic State jihadist group, the bloodiest of which was a truck rampage through a Berlin Christmas market in December 2016 that left 12 people dead.

In June 2018, German police said they foiled what would have been the first biological attack with the arrest of a Tunisian suspected IS supporter in possession of the deadly poison ricin and bomb-making material.

More recently, police in the western city of Offenbach arrested three men in November 2019 for allegedly planning a bomb attack in the name of IS.

That same month, a Syrian was arrested in Berlin accused of having procured key components for an explosive device and discussing bomb-making tips with
other suspected Islamists in an online chat group.

Germany's security services estimate there are around 11,000 Islamic radicals in Germany, some 680 of whom are deemed particularly dangerous and capable of using violence — a five-fold increase since 2013.

Germany remains a target for jihadist groups, in particular because of its
involvement in the coalition fighting IS in Iraq and Syria, and its deployment
in Afghanistan since 2001.

Chancellor Angela Merkel has allowed in more than one million asylum seekers since 2015 — a decision that has driven the rise of the far-right Alternative for Germany (AfD) party, which charges that the influx spells a heightened security risk.