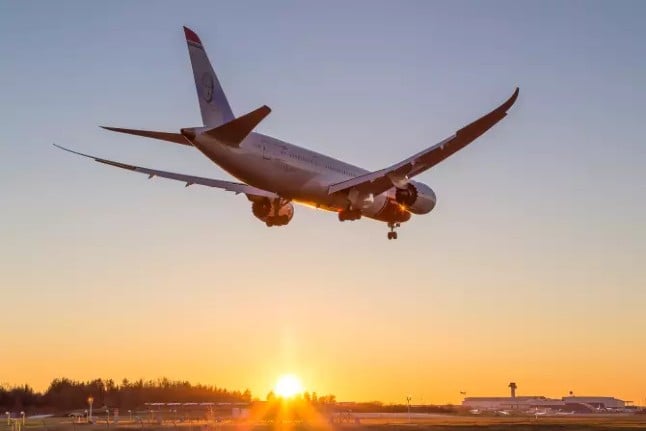 Is the sun finally about to set on Norwegian? Photo: David Charles Peacock
The fall was so sharp that the exchange was forced to place the shares under “special observation”, a measure taken only when valuations are extremely uncertain. The shares then rebounded and by Tuesday afternoon were trading at about a 30 percent down on where they ended the week last Thursday.
Mads Johannesen, investment economy at the online share trading company Nordnet, said that the company's rescue plan threatened to severely dilute existing shareholders.
“Existing stockholders today wouldn't be left with much if they decide to fully dilute the bonds and convert them into equity, so it doesn't look promising,” he told The Local. “I guess they're going to survive in some form, but how they're going to look coming out the other side depends on the negotiations.”
The international brokerage Sanford C. Bernstein on Tuesday cut its target price for the company's shares to zero.
“Norwegian is at the end of the line,” the brokerage's analyst Daniel Roeska wrote in a note to clients announcing the decision. “Rounded to the nearest Krone, existing shares are all but worthless.”
The Norwegian government last month made the overwhelming majority of the 3bn kroner in loan guarantees it offered the airline conditional it successfully swapping some of its near 80bn kroner debt pile for equity.
Norwegian is now negotiating with banks and bondholders to convert more than half of its debt into shares, before putting the plan to existing shareholders at a meeting on May 4.
READ ALSO:

Low cost airline Norwegian has registered a loss of 14.9 billion Norwegian kroner for 2020, a year in which the company saw a drastic reduction in passenger numbers and was on the brink of bankruptcy.

The company published its annual results on Friday, revealing the huge operating loss.

Norwegian’s 2019 result, a loss of around 1.7 billion kroner, had put the company in a difficult position even prior to the outbreak of the Covid-19 pandemic.

The coronavirus outbreak and its consequent travel restrictions reduced the company’s passenger numbers to 6.9 million in 2020. That is 29 million fewer than in 2019.

Not all of the loss is due to fewer passengers. Around half of the company’s devaluation is attributed to a depreciation of the value of its aircraft fleet, news wire Ritzau reports.

“2020 was an exceptionally demanding year for air travel and for Norwegian,” CEO Jacob Schram said in a statement on the annual results.

“In light of that, the result for the fourth quarter (of 2020) is not surprising. Unfortunately, the majority of our employees are furloughed and many have lost their jobs – in part because of the closure of long distance services,” he added.

The company was already in debt prior to the pandemic and is now under bankruptcy protection in Ireland and is undergoing similar process in Norway.