Michele Dorigatti signed up to SFX-IT after moving to Stockholm from his native Italy in 2016. The IT programmer, who had a Bachelor of Computer Science and five years of experience as a developer under his belt, had always dreamed of living abroad. After researching different options he settled on Sweden, knowing he could rely on his English skills to find work in the tech industry.

While Michele correctly assumed he could get by speaking just English, he soon decided it was time to start learning the local language.

Interested in free Swedish and IT programming classes? Find out more

“I started with the regular language schools but I wasn’t really satisfied, so I changed between four or five schools altogether. There are a lot of possibilities so you have to really search and ask around,” he explains.

Then he discovered SFX-IT, a specialised language course for IT professionals. You can do the course either by attending classes or through online learning in a 'virtual classroom' with further assignments to complete on your own.

It particularly appealed to Michele as he was keen to study alongside industry peers with similar motivation and competences. Besides the Swedish and IT lessons, once a week practical career-focussed lessons are on the agenda. Michele says these were especially useful and prepared him for his future position at ÅF, a Swedish engineering and design firm. “Sometimes they invited a company to speak to us and it was more focussed on general things that are useful for all students, like how to deliver an investor pitch. I really appreciated that because they actually asked me to do a pitch at my company,” he told The Local.

Nils Johansson, an IT-teacher who specialises in the C# programming language, says SFX-IT also gives students the practical skills to conduct themselves in Swedish in professional situations by teaching industry-specific vocabulary.

Read also: How to start a programming career in Sweden

“In each lesson the students learn words that come up in class or are related to IT,” explains Nils. C# was added to the offerings available to students taking lessons at the C3L Center for Lifelong Learning in Tyresö last year.

“They had similar courses in Java but they wanted to try a beginners’ course in C# which is commonly used in professional settings,” he says.

C# classes have proven popular with students, due to the demand for the versatile programming language in Sweden’s tech industry.

“It’s highly sought-after because you can do whatever you want with it. You can make games or you can make professional systems for handling banking, for example. You can do anything,” Nils explains.

Michele says he feels lucky to have graduated with not only a new language, but also certifications in both Java and C#, which could otherwise have cost in the region of $250 (€216) per certification.

Both students and teachers agree that integration is a key outcome of the course. Although not required, Michele says he feels more integrated and included when using his Swedish skills in the workplace.

“I started my position at ÅF while I was still studying. It is an international company where it’s possible to do everything in English but I speak Swedish every day and my life is easier because of that.”

Nils agrees that speaking Swedish isn’t a dealbreaker when it comes getting hired in Sweden, but it does make finding work and integrating with colleagues much easier.

“It’s not impossible to get a job in programming if you don’t speak Swedish. When you work with IT in Stockholm, you work with a lot of consultants who come from other countries so I’m very used to speaking English, but if you know more of the local language, you’ll have a better chance,” he says.

Read also: Is this your shortcut to a job in Sweden's tech industry?

It took Michele a few attempts to find the right Swedish school, but he feels he eventually found the right fit with the industry-specialised course at SFX-IT.

“I would highly recommend it. Out of all the schools I’ve been to it’s definitely the best.”

This article was produced by The Local Creative Studio and sponsored by SFX-IT. 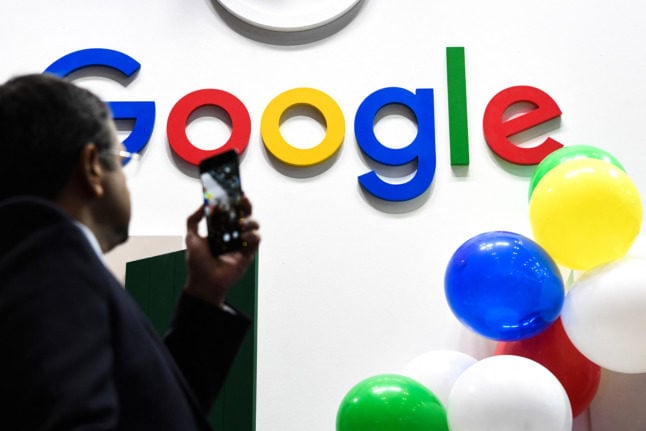 Google on Wednesday said it is appealing a decision by France’s competition watchdog to hand it a €500m fine in a row with news outlets over the use of their content under EU copyright rules.

“We disagree with some of the legal elements, and consider the amount of the fine to be disproportionate compared to the efforts we have put in place to reach a deal and respect the new law,” Sebastien Missoffe, head of Google France, said in a statement.

The fine, issued by the French Competition Authority in July, was the biggest in the agency’s history for a failure to comply with one of its rulings. The watchdog said Google had failed to negotiate “in good faith” with media companies in a long-running legal battle over the internet giant’s use of snippets of articles, photos and videos in search results.

The row has centred on claims that Google has used this content in its search results without adequate compensation, despite the seismic shift of global advertising revenues towards the search giant over the past two decades.

In April last year, the French competition authority ordered Google to negotiate “in good faith” with media groups after it refused to comply with a 2019 European Union law governing digital copyright.

The so-called “neighbouring rights” aim to ensure that news publishers are compensated when their work is shown on websites, search engines and social media platforms.

While Google insists it has made progress, the French regulator said the company’s behaviour “indicates a deliberate, elaborate and systematic lack of respect” for its order to negotiate in good faith.

The Competition Authority rebuked Google for failing to “have a specific discussion” with media companies about neighbouring rights during negotiations over its Google Showcase news service, which launched late last year.

“We have extended our offers to nearly 1,200 publishers and modified aspects of our contracts,” he said, adding that the company has “shared data demanded of us in order to conform to the Competition Authority’s decision”.