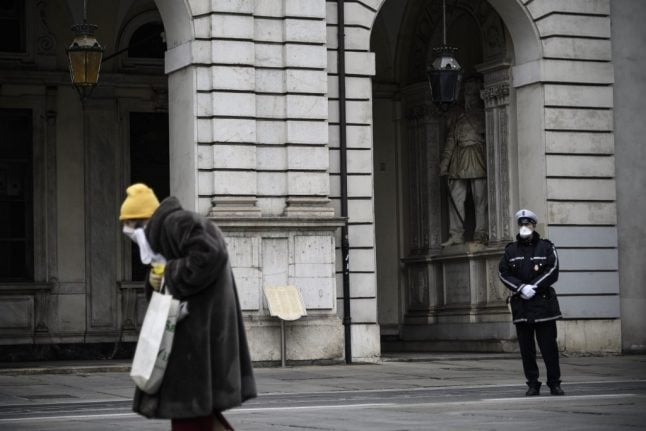 Pensioners in Italy can seeking help getting their pension payments during the coronavirus outbreak. Photo: Marco Bertorello/AFP

Pensioners aged 75 and over who usually collect their payments from post offices in cash can ask police officers to pick up their money for them and deliver it to their home, Italy's Carabinieri military police force announced on Monday.

READ ALSO: The coronavirus phone numbers and websites you need to know about

Some 23,000 elderly people are eligible for the scheme, which does not apply to pensioners who have already delegated someone else to pick up their payments, who have a bank account with the Italian Post, or who live with or near family members.

The service is designed to save vulnerable older people a trip to their local post offices, which remain open throughout Italy's nationwide lockdown but are often crowded due to shorter opening hours.

It will be provided throughout Italy's coronavirus emergency.

Anyone who would like more more information on the scheme should call the Post Office helpline on 800 55 66 70, or contact their nearest Carabinieri station (find yours here).

READ ALSO: The coronavirus financial help available in Italy and how to claim it

Delivering pensions is the latest initiative aimed at cutting back on Italian bureaucracy in the time of coronavirus.

Others include automatically extending the validity of residence permits, ID cards and driver's licences due to expire soon so that people aren't obliged to go in person to renew them, and introducing an 'Electronic Prescription Number' that allows doctors to prescribe medication by email, phone, text or messaging app without the need for a paper prescription.

Mosquitos are unfortunately one downside of summer in Italy. But as well as being a nuisance, they may also pose a health risk in the country – one of the few in Europe to record cases of West Nile virus (WNV)

Last week Italy recorded 50 more cases of the mosquito-borne virus, bringing the total number of infections to 144 according to the latest report from Italy’s Higher Health Institute (ISS).

This marked a 53-percent increase in cases against the previous week, while ten people have died so far.

As the number of infections continues to rise, here are the answers to the most pressing questions about the disease and the outbreak in Italy.

The West Nile Virus (WNV) is a single-stranded RNA virus that can cause West Nile fever in humans.

It’s a member of the Flavivirus family together with other endemic viruses such as the Zika and Dengue viruses.

The virus was first identified in 1937 in Uganda’s West Nile district but has since spread to many other parts of the world, to the point that it is now considered indigenous to Africa, the Middle East, Asia and Australia.

Carried by birds, West Nile virus is transmitted to humans by mosquitoes.

The West Nile virus is primarily transmitted by mosquitoes of the Culex species, which infect humans and other mammals through their bite, according to Italy’s health ministry.

There is no evidence that human-to-human transmission is possible.

Where are cases being reported in Italy?

Infections have been largely concentrated in the north of the country, especially in the Veneto region, where six people have now died of the disease. Other deaths were recorded in Lombardy, Piedmont and Emilia-Romagna.

The city of Padua, which is located in Veneto’s mainland, around 35 kilometres away from the Adriatic coast, is currently regarded as the hotspot of the virus.

It isn’t yet clear why Veneto has been the worst-hit region so far, but experts fear that its marshy lowlands might be the perfect breeding ground for disease-carrying mosquitoes. 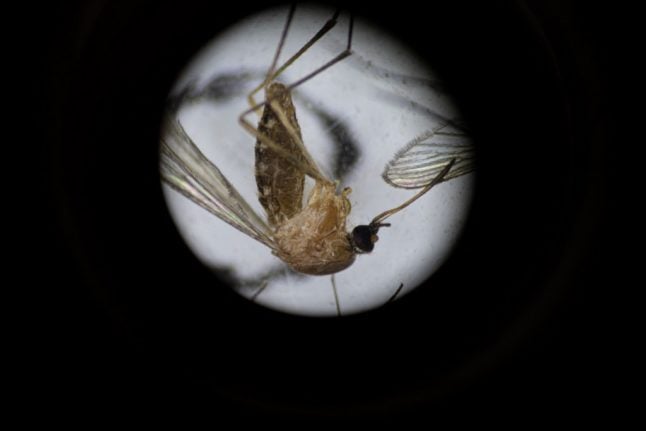 Mosquitoes of the Culex species, a specimen of which is pictured above, are responsible for transmitting the West Nile Virus to humans and other mammals. Photo by Jon CHERRY Getty Images / AFP

How severe is the outbreak in Italy?

West Nile virus is not new to Italy. However, this summer has brought the highest number of cases recorded yet.

National infection levels remain relatively low but the country has by far the largest number of cases in Europe.

According to the most recent report from the European Centre for Disease Prevention and Control (ECDC), dated August 3rd, 94 out of 120 recorded cases were in Italy.

Greece had 23 reported cases. Romania and Slovakia had two and one respectively.

Italy is the only European country that has reported fatalities.

What are the symptoms?

According to the Italian Higher Health Institute (ISS), around 80 percent of infected people show no symptoms whatsoever.

In symptomatic cases, however, symptoms generally resemble those of a common flu and include fever, headaches, nausea and diarrhoea.

The infection is usually only dangerous for people with weakened immune systems such as the elderly, and the most severe symptoms occur in fewer than one percent of infected people.

In healthy people, the virus is unlikely to cause more than a headache or sore throat, and symptoms generally last only a few days.

According to the data currently available, around one in 150 infected people can show symptoms as serious as partial vision loss, convulsions and paralysis.

In very rare cases (around 0.1 percent, or one in 1000) the disease can cause brain infections (encephalitis or meningitis) which may eventually be fatal. 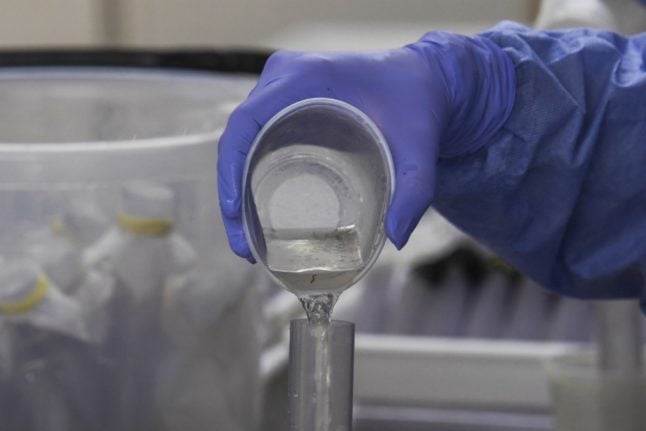 There is currently no vaccine against West Nile disease, though several are being tested. Photo by Apu GOMES / AFP

Is there a cure?

There is no vaccine against West Nile fever. “Currently vaccines are being studied, but for the moment prevention consists mainly in reducing exposure to mosquito bites,” the ISS states.

There is also no specific treatment for the disease caused by the virus.

Patients showing the more serious symptoms are usually admitted to hospital and treated with IV fluids and assisted ventilation.

What should you do to protect yourself?

Seeing as there is currently no vaccine against the virus, the best way to protect oneself is by reducing exposure to mosquitoes as much as possible.

Italian health authorities have listed a number of official recommendations to help residents avoid mosquito bites. These include: