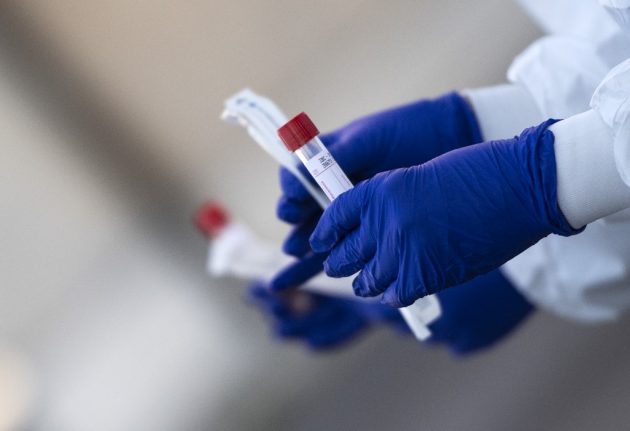 Since the coronavirus outbreak began in Italy in late February, the public has been relying on official government data for a picture of how many deaths, cases, and recoveries there have been in each part of the country, and how things are changing.

READ ALSO: How Italy has changed the way it reports the daily coronavirus figures

Italy's Department for Civil Protection releases these statistics daily at around 6pm. The data is then pored over by experts worldwide, looking for evidence that Italy's quarantine measures are containing the spread as hoped – and that other countries can confidently follow its example.

But a growing number of Italian experts have now said these numbers may not be completely reliable.

“For sure, the figures are wrong,” said Matteo Villa, a researcher at the Italian Institute for Political Studies and author of a new study (in Italian) titled ”Coronavirus: Lethality in Italy, between appearance and reality”

He that the death toll may have been underestimated by up to 6,000, or a third of the official total.

Authorities acknowledge that the data are incomplete, as the death toll doesn't include people who died at home, or in nursing homes, or those who were infected by the virus but not tested.

“It is plausible that deaths are underestimated,” Higher Health Institute president Silvio Brusaferro stated. “We report deaths that are signalled with a positive swab. Many other deaths are not tested with a swab.”

The possible scale of the disparity showed up this week when death records for the month of March from different years were compared.

The data showed a very large difference between the number of Covid-19 deaths reported by authorites, and the total death toll in different Italian regions.

A graph of deaths in Italian towns hard hit by #coronavirus that make it clear the official #COVID19 mortality numbers are likely way lower than in reality. #Italy pic.twitter.com/eXRL7NxjEH

Experts have said the only explanation is that coronavirus deaths have been under-reported.

The deaths were “mostly attributable to the virus”, said Villa.

“Some of the increase will be people who die of other illnesses, because they cannot find a hospital bed due to the crisis,” Villa explained, “but that will be partly offset by the decline in road fatalities due to Italy’s lockdown.”

“For every two sufferers in Italy there is another one you can’t see,” he added.

Even higher numbers in Bergamo

Records released by town halls in Bergamo, at the heart of the outbreak in the worst-affected Lombardy region, show a number of uncounted virus deaths which may be even higher than Villa’s estimate.

Bergamo Mayor Giorgio Gori said on Wednesday he does not trust the official figures and thinks the real toll may be twice as high.

The mayor tweeted a newspaper analysis suggesting that the COVID-19 toll in the Bergamo province was “between 4,500 and 5,000, and not the 2,060” officially reported.

The explanation may be that Italy’s count of 115,242 cases is also incomplete, with estimates of the real number ranging from 400,000 to six million.

The mayor also cited analysis showing that 26 percent of Bergamo province's population may have contracted the virus.

Why is Italy's fatality rate so high?

From the offical figures, it appears that the fatalty rate in Italy is around 12 percent.

“We know from other research that the number of people who die are about one percent of those infected,” he said. “So there's something strange going on. Everyone's asking if Italy is special in any way, in terms of why people are dying so much.”

“The simple answer is, clearly not,” he said. “We are not testing enough people.”

These figures have been overestimated throughout the crisis, according to Nino Cartabellotta, a leading Italian public health expert, professor, and president of the Gruppo Italiano per la Medicina Basata sulle Evidenze (GIMBE), Italy's Group for Evidence-based Medicine.

Analysis by GIMBE of the official data appears to show that the mortality rate in Italy has long been well above average.

Cartabellotta told The Local this rough figure is “undoubtedly overestimated” as “we're only seeing the tip of the iceberg”.

He calculates that, with further testing, the figure would eventually be found to be closer to 2.2 percent, in line with the rate in China.

The head of Italy's Civil Protection Department, Angelo Borrelli, has meanwhile said it's “credible” to believe there up to ten times more cases in reality than officially recorded.

Villa tweeted on Friday that “the difference between the official and plausible total cases is getting deeper.”

The data on official cases is getting “less and less reliable”, he wrote.

The previous government had kept only a handful of precautionary measures in place – which the new government, led by Giorgia Meloni, must now decide whether or not to keep.

The cabinet is holding a meeting on Monday and will issue a decree this week detailing any changes to the health measures.

Many expect the government to scrap all measures entirely by the end of the year, after Meloni and her party criticised the way Mario Draghi’s administration handled the pandemic throughout its tenure.

Meloni clearly stated in her first address to parliament last Tuesday that “we will not replicate the model of the previous government” when it comes to managing Covid.

While she acknowledged that Italy could be hit by another Covid wave, or another pandemic, she did not say how her government would deal with it.

Meanwhile, new health minister Orazio Schillaci issued a statement on Friday confirming the end of several existing measures, saying he “considers it appropriate to initiate a progressive return to normality in activities and behaviour”.

Schillaci confirmed that the ministry will allow doctors, nurses and other healthcare professionals to return to work after being suspended because they refuse to get vaccinated against Covid-19.

Those who refuse vaccination will be “reintegrated” into the workforce before the rule expires at the end of this year, as part of what the minister called a “gradual return to normality”.

They will be allowed to return “in light of the worrying shortage of medical and health personnel” and “considering the trend of Covid infections”, the statement said.

Fines issued to healthcare staff aged over 50 who refused vaccination would also be cancelled, it added.

There were some 1,579 doctors and dentists refusing vaccination at the end of October, representing 0.3 percent of all those registered with Italy’s National Federation of the Orders of Physicians, Surgeons and Dentists (Fnomceo)

Schillaci also confirmed in the statement that the health ministry will no longer release daily updates on Covid-19 contagion rates, hospital cases and deaths, saying this would be replaced by a weekly update.

It said it would however make the data available at any time to relevant authorities.

Mask requirement in hospitals to stay?

The requirement to wear face masks in hospitals, care homes and other healthcare facilities expires on Monday, October 31st.

At a meeting on the same day the government is expected to decide whether to extend the measure.

READ ALSO: What can we expect from Italy’s new government?

While the government had looked at scrapping the requirement, it reportedly changed stance at the last minute on Monday after facing heavy criticism from health experts.

Media reports published while the meeting was in progress on Monday said government sources had indicated the measure would in fact be extended.

Confirmation is expected to come later on Monday.

Italy’s face mask rules in care homes and healthcare facilities are up for renewal. Photo by Thierry ZOCCOLAN / AFP

There is no indication that the new government plans to bring back any requirements to show a ‘green pass’: the digital certificate proving vaccination against or recent recovery from Covid, or a negative test result.

The pass is currently only required for entry to healthcare facilities and care homes, and this is expected to remain the case.

Some of the confirmed changes were strongly criticised by Italy’s most prominent healthcare experts.

Head of the Gimbe association for evidence-based medicine, Nino Cartabellotta, said the focus on cancelling fines for unvaccinated healthcare workers was “irrelevant from a health point of view .. but unscientific and highly diseducative”.

He told news agency Ansa it was “absolutely legitimate” for a new government to discontinue the previous administration’s measures, but that this “must also be used to improve everything that the previous government was unable to do”.

The government should prioritise “more analytical collection of data on hospitalised patients, investments in ventilation systems for enclosed rooms … accelerating coverage with vaccine boosters,” he said.

However, the plan at the moment appeared to be “a mere dismantling of the measures in place,” he said, “in the illusory attempt to consign the pandemic to oblivion, ignoring the recommendations of the international public health authorities”.