Photo by Timur Romanov on Unsplash

Nobody can separate themselves from the ups and downs of life. But individuals and families face important decisions about how best to secure some peace of mind. Such choices may loom even larger for expats, as international insurance broker ASN understands.

Here are six reasons why international health insurance could give you greater peace of mind today and in the years to come:

All insurance is about protecting against risks. Perceptions of risk change over time and sometimes the unexpected hits you without warning. ASN works with a wide range of insurance partners, many of whom offer coverage for pandemics, including the current coronavirus outbreak.

Anyone diagnosed with coronavirus who has such a policy will be covered under the normal terms and conditions of their plan. Depending on your level of cover, this could include a full refund for in-patient hospital charges while being treated for COVID-19 or a significant hospital cash benefit.

Nobody looks forward to a hospital stay. But a bespoke insurance policy could make it easier by enabling you to choose which hospital you are treated in – and whether you will have a private room.

Most people infected with coronavirus simply need to self-isolate at home. But even the fit and healthy face a small risk of complications that require hospital treatment. Many of ASN’s partners work directly with hospitals on a case-by-case basis, building relationships and helping to curb medical inflation. The current crisis has led to unprecedented closures of international borders. Huge numbers of people have either been left stranded or facing difficult choices about whether to cancel travel plans.

Want quality health insurance coverage wherever you are? Find out more

Specialist international health insurance offers you more when you are abroad, whether as an emigrant or a frequent traveller. ASN can select insurance offering global coverage and access to a worldwide network of leading doctors and hospitals to choose from. You can also opt for a policy that offers medical evacuation and repatriation where necessary.

Amid uncertainty and anxiety, clear communication from a trusted source that remains readily available can seem invaluable. Some insurance providers now offer member services 24/7 through contact options such as WhatsApp, phone hotlines and live chat. ASN support officers also remain available by email and phone during the pandemic. The company reminds everyone to follow safe practices outlined by the World Health Organization and to continue social distancing.

Illness can be hugely disruptive to family life. If you suspect you have coronavirus, your first concern might be about the potential implications and impact for your family members. ASN has strong partnerships with providers that offer a wide choice of individual or family-based policies. Photo by CDC on Unsplash

One has already extended the claim submission period from six to nine months for members with COVID-19, so they can focus on recovering fully with support from their family. It has also pledged faster turnaround times for pre-authorisations of treatment and claims relating to COVID-19.

Healthcare in the 21st century is changing. From ageing populations to the potential of highly personalised ‘precision medicine’, the sector is being reshaped by a range of powerful factors.

Choosing the right insurance policy for you requires careful consideration of both the present and the future. When you establish health insurance with ASN, you are guaranteed lifetime renewability regardless of age or health conditions. True peace of mind depends on taking care of tomorrow as well as today.

This article was produced by The Local Creative Studio and sponsored by Advisory Services Network. 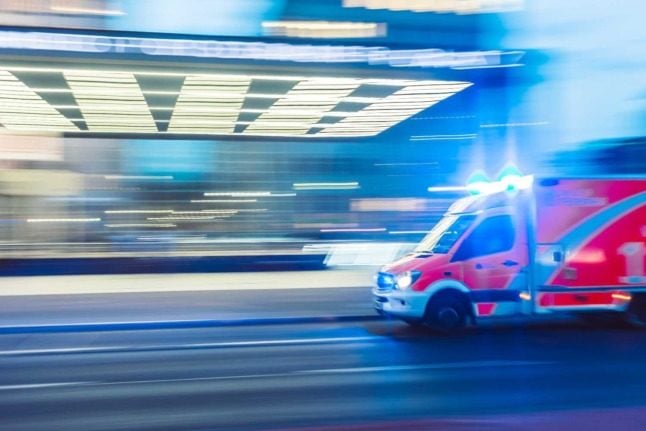 Austria has a health system with compulsory health insurance for its citizens, similar to many of its neighbouring countries. Everyone is insured, either by their employer, themselves, or, in some cases, by the state.

However, the insurance models can get complicated and the “who pays for what” question can result in some costly responses. In the case of an emergency, when an ambulance is called, the professional rescue is made by the government ambulances and rescue service.

The costs are then paid for by the health insurance fund, with 75 per cent of Austrians covered by the Österreichische Gesundheitskasse (ÖGK).

Can the health insurance companies refuse?

The health insurance companies refuse to cover the costs for four main reasons, according to the City of Vienna: when the person is not insured at the time of the rescue operation, when there is no “medical emergency”, in cases of alcohol or drug abuse, and in case the person is found dead when the emergency services arrive.

READ ALSO: Who to call and what to say in an emergency in Austria

The exceptions are not without controversy, and patient lawyer Sigrid Pilz criticises the “lack of love in the procedure”, according to statements she has given in Austrian media.

There is also very little clarity on what qualifies as a “medical emergency”, and the health insurer says that it will cover costs when the insured person is “unable to talk and cannot use public transport due to their physical or mental condition, even with an accompanying person”.

“Only medical reasons count”, according to the ÖGK website.

Another significant exception to the insurance coverage concerns air rescue. The ÖGK says that it will cover the costs of domestic transport by aircraft if the patient is in danger of death, and the urgency calls for air transport. Additionally, the medical necessity must be proven by a doctor and recognised by the ÖGK.

The insurance company highlights that this does not include “accidents in the practice of sport and tourism on the mountain” – a not so rare occurrence in the Alpine country.

On its website, ÖGK reiterates that it “recommends taking appropriate precautions. Otherwise, an emergency can quickly become a big financial problem”.

The “appropriate precautions”, according to expert lawyers, would include hiring private insurance.

How much does it cost to call an ambulance?

The fees for emergency rescue are set by the municipal council in Austria. In Vienna, there is a lump payment of €709 for any use of the public rescue service – even if both assistance and transport have been deemed unnecessary.

There is also a €30 fee for each kilometre driven if the assistance is needed outside the city limits.

The fee is valid from the moment an ambulance leaves its station. In practical terms, this means that if somebody faints on the street and a third person calls the ambulance in concern, emergency service will come. Even if the patient wakes up well and does not require assistance, they will receive a €709 bill.

There are several cases of people who called an ambulance after foot injuries, or due to high fever, for example, and as they were not considered “severe enough”, received the payment request.

It is worth mentioning that there are also ways to waive or reduce the fee, including in cases of low income or after direct negotiation with the insurance company.

It is not difficult to find examples, especially among immigrant groups and Austrian media.

In one case, shared on social media, Irina B. was a student in Vienna when she got sick with a high fever and dry cough – before the coronavirus pandemic. She decided to call the emergency ambulance and received a quick checkup at home and the recommendation to “drink a lot of tea”.

“On the day after, I went to my doctor, and he gave me treatment recommendations. I almost forgot about this story, but four months later I received a letter asking me to pay around € 700”, she wrote.

READ ALSO: EXPLAINED: What are Austria’s new rules around sick leave for employees?

She decided to go to the main insurance office with her doctor’s sick note. The ÖGK representative told her to call the general health line 1450 in cases such as hers in the future and waived the payment.

“He said it was my first penalty, and I also suppose the certificate from my doctor really helped”, Irina said.

What should you do to avoid the high ambulance costs?

The best way to avoid ambulance costs is to call the Austrian health line at 1450. The health workers are trained to give advice on the phone.

They can quickly assess whether you need an ambulance or not – they can also call for you immediately.

The health line can also give medical advice if there is no emergency and call a doctor to your house if necessary.

READ ALSO: EXPLAINED: What is Austria’s ‘tick vaccine’ and should you take it?

Whenever travelling, even inside Austria, primarily if you practise winter sports, it is worth considering private insurance with air rescue coverage.

Costs for helicopter rescues could add up to thousands of euros. The compulsory insurers will not cover in most cases.