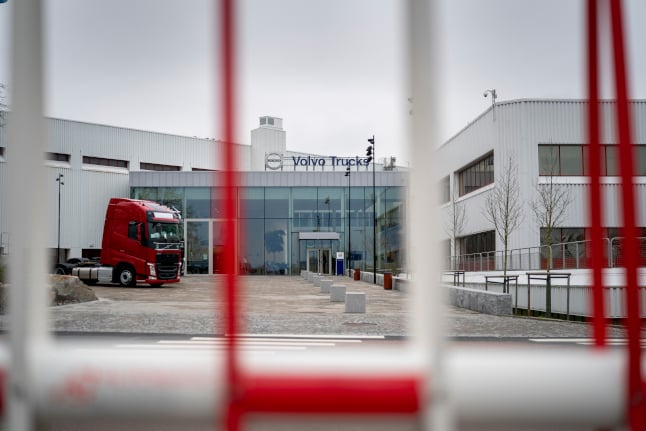 The airline SAS has temporarily laid off around 10,000 staff or 90 percent of its workforce. Around 3,500 of those were staff in Sweden. The Danish and Norwegian governments have agreed to bail out the company with support of three billion kronor.

Norwegian Air has also temporarily laid off 90 percent of its staff, which is around 7,300 employees.

And domestic airline BRA has temporarily laid off and reduced working hours for 600 workers in Sweden.

Swedavia, the company which operates Sweden's airports, has temporarily laid off 1,900 members of staff and given notice that 800 workers may be laid off.

The ferry company Stena Line laid off 950 staff who worked both at sea and on land, saying the move was “a direct effect of the impact that the coronavirus has had on Stena Line's passenger operations”.

Hotel group Scandic has said it will terminate around 2,000 staff in Sweden, or around half of its permanent employees in the country.

Hotel chain Nordic Choice has laid off around 4,500 staff in Sweden, along with around 3,000 in Norway and Denmark.

In Gothenburg, the Swedish Exhibition and Congress Centre has said it will lay off 300 employees, a third of its work force, although it said it would use short-term lay-offs where possible in order to retain staff.

Both Volvo Cars and truck maker Volvo have temporarily laid off all their staff in Sweden, around 20,000 employees each. When the decision was announced on March 20th, it was unclear how long this would last. The truck maker also said it would let 5,000 consultants go completely.

Truck maker Scania also sent around 9,000 employees home as it closed its factories in Sweden until at least April 13th. Around 50 of them were sent to another company, Getinge, which makes ventilators for mechanical breathing, to help increase its production for the healthcare sector.

Gothenburg bearing and seal manufacturing company SKF has temporarily laid off 1,500 workers for eight weeks, following an agreement with the union. Many employees will see their hours cut down to 40 or 80 percent of the original, but will have their salaries topped up to close to the full amount thanks to state support.

We know that our readers are affected by the coronavirus outbreak in many ways, not least the negative economic impact, and if there's any way we can help, we at The Local – and many of our readers – would like to do that.