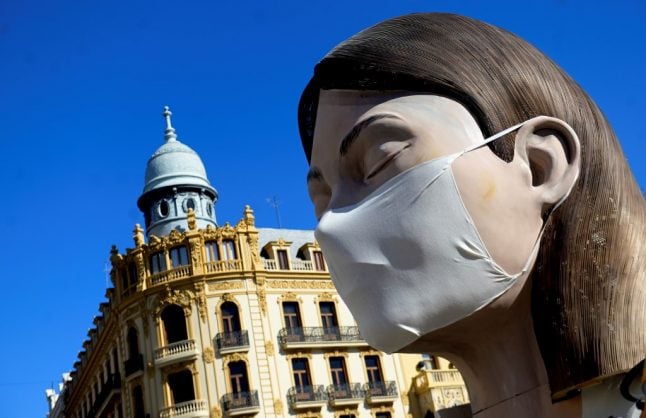 A mask has been placed on a model at Las Fallas after the fiesta was cancelled. Photo: AFP

Although there is no official lockdown in the capital, schools and public offices are closed, people are being told to work from home, cultural and sporting events are suspended and sports centres, museums and other cultural spaces closed.

A campaign by Madrid's regional health authorities is urging people not to leave the house unless that have to, in order to curb the spread of the virus and not overwhelm the health service which is already at breaking point.

“This morning, all members of the government will undergo testing,” a government statement said, indicating the results would be published later in the day.

“The minister (Irene Montero) is in a good condition and second deputy prime minister Pablo Iglesias is also in quarantine due to the situation.” The couple have both been isolated to prevent contagion. Photo: AFP

Montero tested positive on Wednesday evening, three days after appearing at a mass march of some 120,000 people through Madrid for International Women's Day.

A special cabinet meeting to discuss an emergency plan of action to respond to the crisis went ahead around 1200 GMT as planned, with Prime Minister Pedro Sanchez and 14 other ministers, it said.

However, all of Sanchez's upcoming appointments would be conducted by video conference.

Spain has seen the number of infections spiral since the start of the week, becoming one of the worst-hit countries in Europe. Madrid has borne the brunt of the crisis with 1,388 infections and 38 deaths.

Schools in other regions including Galicia, Catalonia, Murcia and Asturias will be closed from Friday. 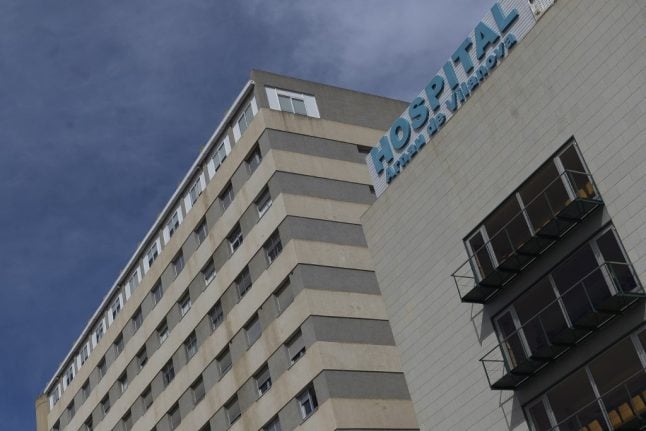