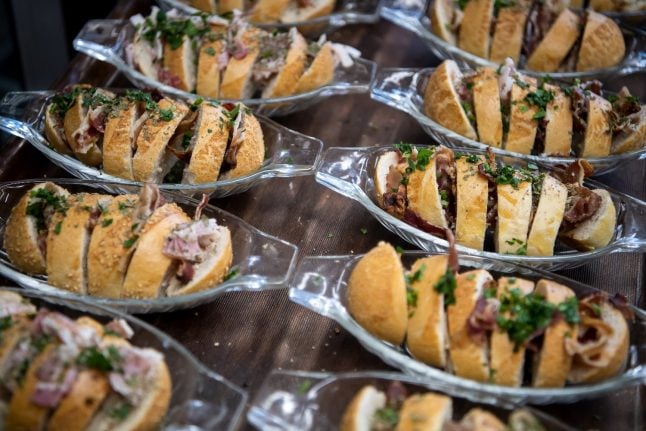 The Atlantic Hotel Sail City in Bremerhaven creates gourmet dishes from food scraps, such as the leftover bread from the above dish. Photo: DPA

At first glance, the four-course meal could be on any menu: three types of bruschetta fish soup to start, schnitzel and roulade for a main dish, and sorbet or pudding for dessert.

But what the head chef of the Bremerhaven Atlantic Hotel Sail City, Dominik Flettner, serves this evening is not standard for a restaurant. The dishes tonight are prepared from leftovers made for the hotel's breakfast or lunch buffets.

The remaining food is not on a fixed menu, but can be ordered as a group meal. Since 2017, the four-star hotel in northern Germany has also been inviting selected guests once a year to serve the leftovers banquet-style.

“We deliberately chose the term 'leftovers' to polarize and stimulate a dialogue about food waste,” said hotel director Tim Oberdieck. “The question is: what is waste anyway?” Nothing goes to waste

The restaurant still follows strict hygiene regulations, not using the food already set out for guest earlier. “We can use everything that hasn't left the kitchen,” explains Flettner.

Carrot or potato peels are a prime example. Washed beforehand, the kitchen then fries them into chips. According to Flettner, “It's delicious as a crunch on a salad.”

The same goes for tomatoes: “With Caprese salad, guests only take slices from the center of the tomato. That is why we cut the edge pieces and make bruschetta out of them.” Sliced bread ​​rolls, which were not needed for the breakfast buffet, serve as a crisp base.

The entire fish is used to create the soup, not just fillets. The roulades are made from water buffalo meat from animals that live in a pasture only kilometres from the hotel. The entire animal is utilised for a variety of dishes as well, such as  bread dumplings – again made from old breakfast rolls.

The main ingredient for the menu's cabinet pudding, a sweet molded English dish, is unused croissants.

“The word leftovers has a negative connotation,” said the managing director of the United Against Waste association, Torsten von Borstel, who advises institutions on how to save waste from food.

He said food scraps don't necessarily mean inferior quality. His organization checked the kitchens of two dozen hotels in 2017 and, on average, 27 percent of food was thrown away after each meal.

“There is simply too much production,” said von Borstel. Mission: No food left behind

Overly-generous breakfast buffets are largely responsible for the waste quantities. Guests also leave a lot on their plates. Hotels could make simple fixes “that don't mean giving up diverse dishes.”

According to calculations by the Braunschweig Thünen Institute, most food waste is generated in private households. Von Borstel said consumer behavior is difficult to change: “The greatest potential for avoiding waste lies in food service outside the home.”

In various studies, experts assume that around two tons of food are thrown away every year – too much, said Borstel. “We have over 40,000 hotels in Germany, so we have by no means reached everyone with our initiative,” he said.

The head chef from Bremerhaven knows what Borstel is talking about: “I used to work in kitchens where nobody thought about that. They threw everything away,” said Dominik Flettner.

At the breakfast buffet in the Bremerhaven Sail City Hotel, smaller rolls, sausage slices and platters are offered. Even the spoon size in the bowls has been reduced. “We also work with psychology,” said Flettner. Put less on your plate, but eat everything on it.

Shortly before breakfast ends, empty plates are no longer refilled, and second helpings are brought directly guests on request. Transparent waste bins have also been set up in the kitchen to raise awareness among the kitchen team of what ends up in the garbage.

“It has a big effect,” Flettner said. In the breakfast area, more than 32 percent of the food spent was saved. “You can't do much more,” said hotel director Oberdieck. He spends up to €15,000 less on purchases every year.

There are also leftovers from the annual leftovers: Above all, the fillings bread dumplings remain on the plates. Nevertheless, after weighing the food waste at the end, Flettner is satisfied: “87 grams of waste per person. That's a top figure.” 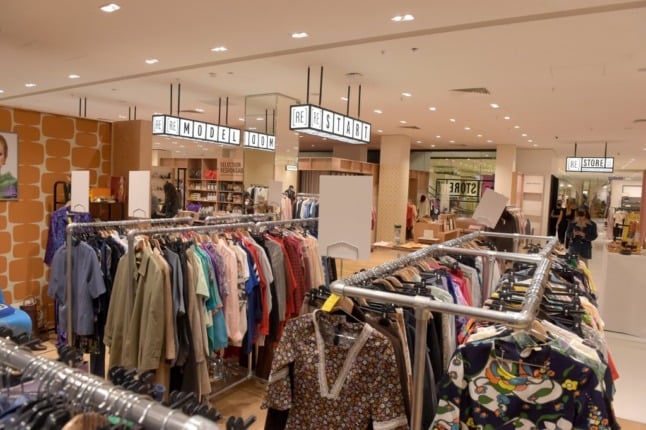 The French government has launched a website to help people recycle old, no-longer wanted items, extend their lifespan and protect the environment.

Most people living in France know that local Emmaus centres will take away old items of furniture, or that most supermarkets have recycling points for used batteries and lightbulbs.

But did you know that, for example, Norauto car parts centres will take old fire extinguishers? Or that you can take that broken TV to one of several well-known appliance stores, and they will ensure that it is properly recycled?

The website lesbonneshabitudes.gouv.fr offers advice on what to do with those hundreds of household items, from medicines to solar panels, furniture to old boats – and just about anything and everything in between that you no longer use or want – and where you can take them to be properly and safely dealt with.

On entering the site you will be asked to pick the type of item you want to dispose of, and then directed to a map of disposal points near you. You can also do a postcode search.

ALSO READ: IN DETAIL: The financial aid to buy greener vehicles in France

Some items may be repaired and sold on as part of a rapidly growing ‘circular economy’. Others will be taken apart and recycled safely.

According to figures from the Ministry of Ecological Transition, recycling has increased by 13 percent in the past 10 years.

It is hoped the website will help people recycle more, said Vincent Coissard, deputy director at the ministry in charge of waste and the circular economy.

“Citizens really want to do the right thing in sorting,” he said, “whether it is by extending the life of a product, or more simply by recycling, but they do not necessarily know where to take their products.