People who have been waiting for a decision on an application for Swedish citizenship, or a work or residence permit, for at least six months have the right to request an immediate decision from the Migration Agency. We explain how the process works, and the potential pitfalls.

How does the request for a decision work?

People who have submitted an application for Swedish citizenship, or a work or residence permit, can apply to the Migration Agency to request a quick decision on their case.

This is done by filling out a form online, which can be found here in Swedish and here in English. It's a short form which just requires giving a few personal details, plus the names of anyone else who is included on your application, such as children.

Who can submit the request?

The request applies if you submitted your initial application at least six months ago and have not yet received a decision.

Is it guaranteed that this will speed up my application?

The short answer: no.

If that happens, you have the right to appeal that decision to the Migration Court. If your appeal is successful, the court will mandate the Migration Agency to give you a decision “as soon as possible”. These are the cases that get the highest priority, the agency has told The Local.

But if your appeal is rejected too, unfortunately there's not much more you can do than wait, since it's not possible to submit this request twice during the same case.

The request is possible due to a law called Administrative Procedure Act, which requires government agencies to deal with cases as quickly, efficiently, and inexpensively as possible.

Under Section 12 of that law, applicants have the right to request a decision after they've been in the queue for six months.

This came into force in the summer of 2018 and more than 30,000 such requests were made in the first year it was in effect. The same law also requires authorities to inform individuals in advance if it's likely that they will experience “substantial” delays. 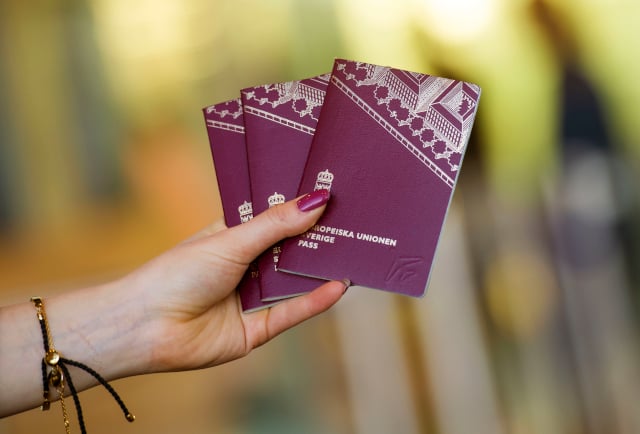 Anything else I should know about the request for a decision?

Well, one consideration is that if the agency does end up making a faster decision on your case, this negatively impacts people who have been waiting longer.

“The large number of such requests took resources from the actual processing of citizenship cases. Since these cases must also be prioritized after any judgment from the Migration Court, and since very many applicants who requested a decision hadn't waited longer than six to nine months for a decision, this contributed to the fact that the oldest cases became even older,” a Migration Agency press officer told The Local.

What other factors affect when a decision is made?

The best thing you can do to boost your chances of a speedy decision are to ensure that your paperwork is filled out comprehensively and accurately, with all the required information and evidence, when you first submit it.

Around a quarter of the applications that come in are typically judged to be complete and ready for a decision to be made, and the Migration Agency has told The Local these cases are typically processed in less than three months. All others are put into a queue and processed in order of date submitted, with the exception of those where a request for a decision is made.

Have you been caught up in Swedish bureaucracy? Email [email protected] with 'Citizenship' in the subject line or fill out this form to share your story with The Local.