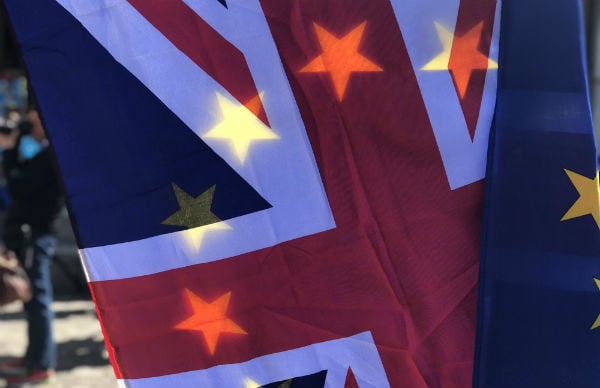 British citizens living in EU 27 countries, understandably concerned about losing rights and freedoms after Brexit, are looking for alternative ways to protect themselves. Could an Associate EU citizenship provide a much-needed lifeline?

The idea of maintaining our rights via an associated EU membership for citizens is a popular option with Brits in the EU. It’s an idea that is being widely discussed, even in the European parliament, including by EU Brexit Coordinator, Guy Verhofstadt.

Those in favour suggest it should be made available to British citizens already resident in the EU, as we would be most affected by the loss of our EU citizenship rights. Nobody is suggesting, to my knowledge, that any such scheme would be open to Britons living in the UK.

Understandably, the idea has a great deal of appeal, and is being grasped by many as the answer to all their prayers. For those of us living in Europe, we fully expected when we committed to moving to Europe to having EU citizenship rights for life. We made the decision in good faith, never anticipating the threat of Brexit.

We probably couldn’t have detailed most of those membership rights at the time, but we’re certainly aware of them now, and no longer take them for granted. Never did we think that we would lose, for example, our freedom of movement, or that future generations would have fewer opportunities than we have enjoyed.

Freedom of movement is a benefit that only British citizens stand to lose. EU citizens living in the UK will remain citizens of their home countries and will, therefore, retain their EU citizenship rights. It is this fact alone that is encouraging many Brits to seek a change to the rules for our benefit, without the need for reciprocity. However, should we be granted EU citizenship, it could be argued that EU citizens should be granted British citizenship. I think I can say with a degree of certainty that the British government are never going to allow that to happen.

The idea of Associate Citizenship is not a new one. It was discussed in the European parliament in the early days of the UK/EU negotiations, and was also the subject of a failed court case brought before a European court in the Netherlands. Each time the subject has been discussed, it has been rejected and has proved unpopular with European leaders. Whilst the lawyer involved in the Dutch case, Jolyon Maugham, is currently resurrecting his earlier legal challenge, it’s unclear how this might succeed now, where it failed before.

The reasons the associate citizenship idea has been rejected in the past, and likely in the future, are similar to reasons cited during Brexit negotiations. During the early stages of the negotiations, former Prime Minister, Theresa May, hoped to secure similar terms and conditions for the UK after Brexit as the UK currently enjoys as an EU member.

It was rightly pointed out, frequently, that when you leave the club, you do not maintain the same privileges, or the use of facilities enjoyed by fee-paying members. The UK cannot have its cake and eat it. If we hold with that argument, then why should the rules be different for citizens than they are for the whole country?

With our EU citizenship so highly valued, many have suggested making a personal financial contribution could be an answer. British citizens have each paid a small fee through their taxes to enjoy the benefits of EU membership, and would be willing to do so in future.

Of course, those with sufficient funds can already protect themselves from the loss of rights due to Brexit. Cyprus offers a so-called “golden passport” that effectively allows investors to buy EU citizenship if they spend two million euros on a Cypriot property. Some Tory donors have already signed up to this scheme in order to protect themselves, despite having supported the removal of rights for the rest of us mere mortals.

For those of us with more modest means, there are still many thousands willing to dig deep to save their rights. It would seem like a reasonable option, but what of those without the means, even to make a small contribution? Brexit has been divisive enough already. Let’s not divide ourselves further by creating a two-tier system based on your bank balance.

Personally, I want to keep all my rights. I want to cling on to every single one of them and ensure that others have the same rights. I don’t expect special treatment for Brits in the EU, when EU citizens in the UK are being asked to re-apply for a status they already have, and with the risk of being rejected. I don’t expect to receive special treatment from the EU just because I’m British.  Nor do I expect to enjoy the same rights as a non-EU citizen that I currently enjoy as a fully paid-up member.

Would I like to? Yes, of course! Whilst I don’t believe Associate EU citizenship is the answer, or even possible, if it comes off, I’ll be only too happy to be proved wrong.

There is a better and fairer way. We may not be able to stop Brexit from happening at the end of this month, but the future UK/EU partnership arrangements have yet to be negotiated. We must campaign to get the best possible future relationship with the European Union. Who knows? We could even end up with a softer Brexit, membership of the single market and the customs union, and no negligible change to our rights.

Maybe that’s a long shot, but it’s worth the battle. The closer the UK/EU relationship at the end of the transition period, the easier it will be for the next generation to take us back into the EU, where we belong!