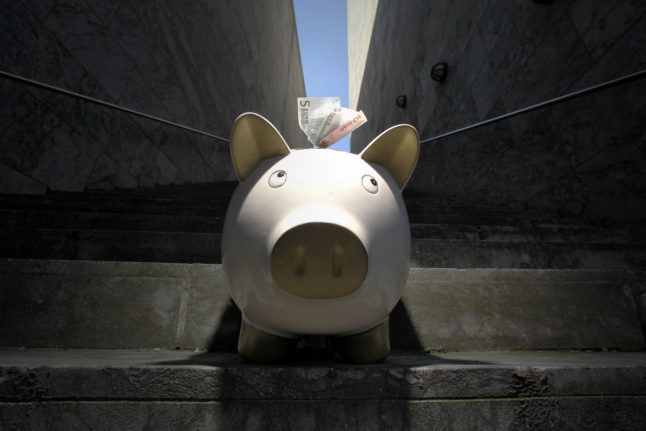 Persistently anaemic growth and a multitude of structural challenges — from an ageing population to crumbling infrastructure and the car industry's transition to electric power — have prompted calls at home and abroad for Berlin to do more.

READ ALSO: 'Germany will do what's needed without new debts'

In recent years, billions of euros in government budget surpluses have not been deployed to maximum growth-boosting effect.

Figures released this week showed the federal government alone booked a surplus of €13.5 billion in 2019.

Separate data on Wednesday could highlight a surplus across all levels of government of up to 1.6 percent of GDP, Berenberg bank analysts predict, down from 1.9 percent in 2018.

A fresh tug of war is already beginning between Merkel's conservative CDU party and their SPD centre-left junior coalition partners over how to spend the bonanza.

Where the SPD favours more investment and higher social spending, many CDU politicians want tax cuts for individuals and businesses.

“Short-term stimulus is still not really needed” in Germany, ING's Brzeski said. “Instead, the surplus should be used to step up investment efforts in the well-known sectors: digitalization, infrastructure and education,” he added.

Possibly in response to such arguments, the government said Tuesday it had agreed to pump €62 billion euros into modernizing its rail network system, as part of a wider plan to incite commuters to opt for greener public transport options.

While the political battles are fought out, “Germany's attractiveness as a site for investment is gradually falling away, because economic policy is becoming less favourable”, Berenberg's Schmieding said.

'The fat years are over'

After 1.5 percent economic expansion in 2018, last year's figure should come out around 0.5 percent, the Bundesbank central bank and leading economic think-tanks have forecast.

“The fat years are over, at least when it comes to growth,” ING bank economist Carsten Brzeski told AFP, predicting “probably the weakest annual growth rate since 2013.”

“The golden decade Germany has seen for growth is gradually coming to an end,” agreed Holger Schmieding of Berenberg bank.

Trade conflicts, political upsets such as Brexit, slowing global growth and a near-unprecedented rate of change in the car industry have all weighed on Germany's manufacturing backbone in recent years.

Meanwhile, solid domestic consumption, buttressed by low unemployment, has helped keep the economy out of recession.

As 2020 begins, a “phase one” US-China trade deal is set to be signed Wednesday, while the next Brexit steps are clear after Boris Johnson's resounding British election victory last month.

Both could provide much-needed relief to export-oriented German manufacturers.

But ratings agency Moody's warned Tuesday of a “deteriorating global environment” that “will weigh on growth in (eurozone) member states' open economies in 2020”.

The Bundesbank sees growth this year marking time at around the 2019 level, while the think-tankers and some bank analysts including Brzeski expect a mini rebound, to around one percent.

Destatis said GDP “grew slightly” in the fourth quarter of 2019, without providing figures — “a moderately positive starting base for 2020,” tweeted analyst Oliver Rakau of Oxford Economics.