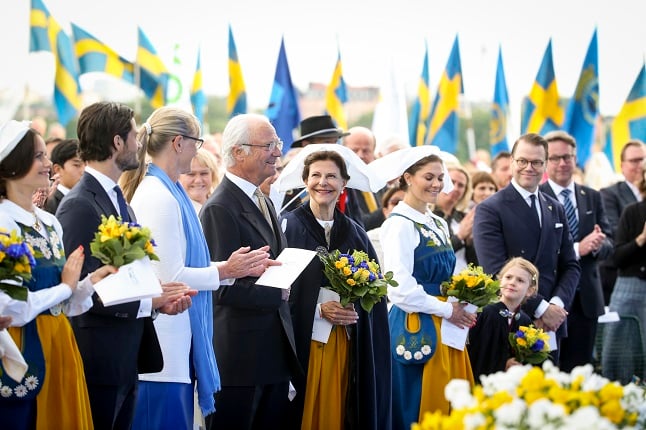 The news that Prince Harry and Meghan Markle, the Duke and Duchess of Sussex, would be taking a step back from their roles as “senior royals” has been met with intense media scrutiny around the world, including in Sweden.

Buckingham Palace appeared to show disappointment in a brief statement greeting the news which said talks on the couple's future were at an “early stage”, even after the Sussexes had made their announcement to divide their time between the UK and North America and to work towards financial independence.

The change has also dominated Swedish international news, even though the Swedish royal family underwent big changes of its own last year.

This was a more controlled change, as the king removed five of his grandchildren from the Royal House in a move said to have been discussed among the family over a period of several years.

King Carl XVI Gustaf made the announcement that the two sons of his own son Prince Carl Philip, and the three children of Princess Madeleine would no longer perform the official duties of senior royals.

The five remained part of the royal family, a term used to refer to all the extended family of Sweden's reigning monarch, but will no longer be referred to as Royal Highness.

And none of them will benefit in the future from the income paid to members of the Royal House and funded by taxpayers, which is in return to performing official royal duties. The change didn't have much immediate impact on the grandchildren, since they are all currently between the ages of one and five. But it could grant them considerably more freedom as they grow older, since they won't be official representatives of Sweden. This allows them to publicly state political opinions, take a job or start a business, all luxuries which are off limits to those in the Royal House.

The UK's Prince Harry might find himself relating to Princess Madeleine's family in particular, for whom the change might well mean a long-term move to the US.

The princess currently lives in the US with her husband, a British-American financier who refused a royal title (and Swedish citizenship) upon his marriage, and the changed roles for their grandchildren make it easier for the family to stay in North America.

Princess Madeleine took to Instagram, the social media platform also favoured by the Sussexes, to share her positive reaction to the announcement about her family. “I believe it is good that our children will now have a greater opportunity in the future to form their own lives as private individuals,” she wrote.

The changes to the Swedish royal family took place smoothly by all accounts. The Marshal of the Realm told media at the time that the family had been discussing the possible change for several years as a way of dealing with a growing royal family, and that both sets of parents were happy with the move.

While it's feasible that the Sussexes might have watched these developments enviously, it's worth noting that they're not quite in the same position as Carl Philip and Madeleine.

Two of the Swedish king's grandchildren do remain in the Royal House, and these are Princess Estelle and Prince Oscar, the children of Crown Princess Victoria, heir to the throne, and her husband Prince Daniel. These two occupy similar places in the line of succession as Prince Harry does in the UK, since he is the grandchild of Queen Elizabeth II.

Like the British royal family, the Swedish royals are generally well-liked by the national population.

Where they differ from the Windsors, however, is that they are also seen as being down-to-earth, at least by royal standards. This is partly due to the incorporation of people from ordinary backgrounds into the family, such as Prince Daniel, the husband of Crown Princess Victoria, who previously worked as her personal trainer, and Princess Sofia who has worked as a model and reality TV contestant.

As recently as in December, the king and queen caused a stir on their trip to India when they not only flew econony class, but carried their own baggage when they arrived.