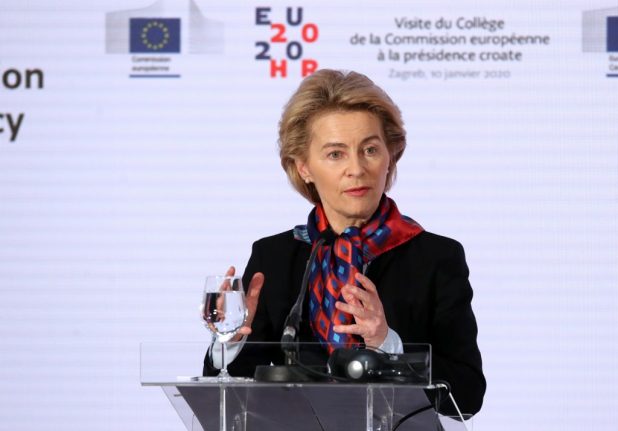 Many Brits, especially those living in the EU have been clinging to the idea of holding on to some kind of “associate membership” of the EU ever since the 2016 referendum.

This was seen as a way for Brits to hold on to the right of freedom of movement which the British government has vowed to end.

Associate Membership, perhaps in exchange of a fee, has even been backed by the EU parliament's Brexit negotiator Guy Verhofstadt.

For her part Von der Leyen said this week the EU is “very open” to such ideas.

But she also warned of the post-Brexit reality which will see the UK have “third country” status.

And any advantages for British citizens would need to be negotiated as part of the “future relationship” talks that will begin after January 31st.

“Of course the question of citizens' rights is a pressing one,” said von der Leyen before adding “the bitter truth is that the UK will be a third country after Brexit and then we will have to negotiate.

“And this applies to everything that I have been talking about. So we are very open to do the most, because I'm a true believer that as much exchange as possible we should allow to our citizens.

“But as I've said before if for example free movement of people is excluded, well, there is a trade-off to that.

“And therefore it's a matter of negotiation where we end up at the very end.

“You know that the European Union is very open to that question, that we are strong believers that we benefit both sides, very much, from free movement.

“Which goes also for the free movement of not only people but goods, services and capital.

“But those four principles go together. And therefore the next weeks and months will show at what point we will end.”

In 2016 Jean-Claude Piris, a former head of the EU council’s legal service, told the Guardian that it was legally impossible to allow nationals of a non-EU country to have associate citizenship of the union. “Moreover, politically, a revision of the treaty on this would not be accepted.”