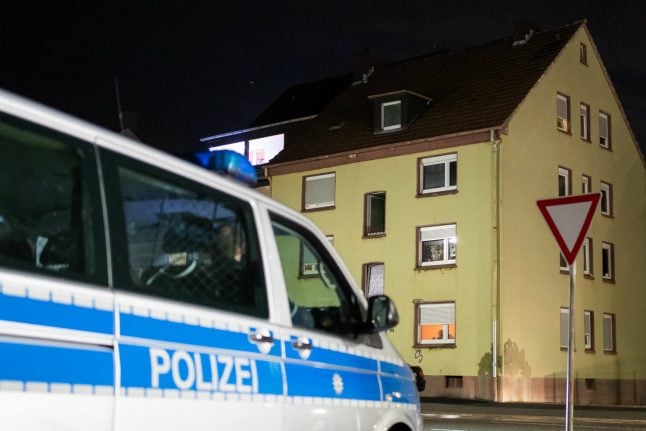 The house in Recklinghausen where the boy was found. Photo: DPA

Marvin had been missing for over two years when he was found hiding in a cupboard last Friday as police searched the home of a 44-year-old man suspected of distributing child pornography.

The shocking discovery in the western town of Recklinghausen, north of Dortmund, has drawn comparisons to two shocking cases in Austria – of Natascha Kampusch, who was held by her kidnapper for eight years before she managed to escape in 2006; and of Elisabeth Fritzl, who was kept in a cellar and repeatedly raped by her father Josef in an ordeal that lasted 24 years.

Marvin, who disappeared after saying goodbye to his carers at a youth shelter early on June 11th, 2017, is currently in psychiatric care.

“I want to visit him for Christmas, to celebrate a little with him,” his mother Manuela B., 53, told Germany's best-selling tabloid Bild.

A police spokesman on Monday said the decision on when Marvin can go home “is up to the doctors, not the police”.

Many questions remain answered in the case that German media have dubbed an “Advent miracle” – including how the boy ended up at the flat and if he could have left at any time.

The 44-year-old suspect at whose flat Marvin was found has been arrested and charged with a serious sexual offence.

Prosecutors in Bochum on Monday said the man already had a 2018 conviction for possessing child pornography but was only given a ten-month suspended sentence.

The boy was already staying with the man at that point as he is understood to have lived at the flat for “at least two years”, chief prosecutor Christian Kuhnert told DPA news agency.

What exactly happened in the first months after the child's disappearance “is still being looked into”, he added.

Police said in a statement that the officers who discovered him “did not see any indications at that point that he was being held against his will”.

But Marvin's mother, who was briefly reunited with her son on Friday, doubted he was there entirely out of free will. “The man whose place they found him at must have manipulated him,” she told Bild.

“I could go crazy thinking about what's been done to him.”

She said Marvin was found wearing the same clothes as on the day he vanished, and said he looked like “a broken old man”.

“He now needs to process what's happened over the past two and a half years. This is all so painful.”

His stepfather Michael B. told the RTL broadcaster he believed the boy hadn't stayed at the flat voluntarily, adding that Marvin “didn't talk much” when he saw his mother.

Marvin was 13 when he was living in a care home for young people, reportedly after he had trouble processing the death of his father.

After the investigation into his disappearance had gone cold, Marvin's mother and sister made a fresh appeal for information in the TV show “Aktenzeichen XY” in July, which tries to solve missing cases.

But in the end the boy's discovery appeared to be entirely coincidental.

Marvin's mother told Bild she already knows what she will give her son for Christmas.

“I want to give him new clothes.”