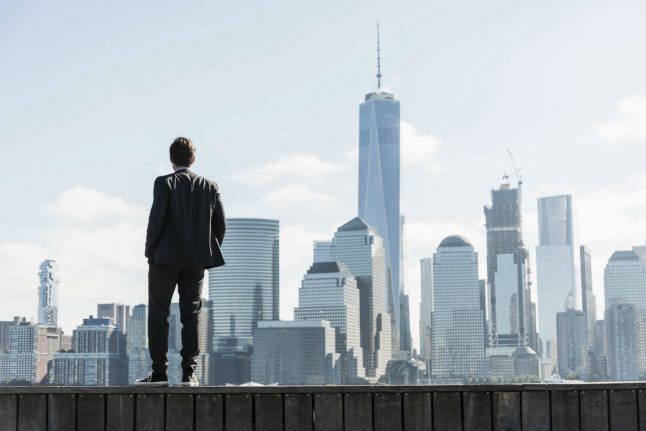 The first results of the study “German Emigration and Remigration Panel” were presented by Andreas Ette of the Federal Institute for Population Research earlier this week in Berlin.

The majority, or 76 percent, out of the 180,000 people who move abroad every year are graduates, reported Focus Online.

“Emigration is a domain of the highly qualified,” said Ette.

But other types of workers also benefited from the move, he added.

READ ALSO: Explained: Who are the foreign workers coming to Germany?

On average, full-time employees earned around €1,200 more within one year than they would have in Germany. This also applies when adjusted for purchasing power, the researchers found.

By way of comparison, net wages in Germany also rose in twelve months, but only by an average of €87.

For the representative survey, 10,000 people born in Germany between the ages of 20 and 70 who had moved abroad – or returned to Germany from overseas – between July 2017 and June 2018 were interviewed.

Most of them cited their own profession as a reason for moving (58 percent). The second most frequently given motive was the lifestyle in their target country.

For 37 percent, however, moving due to their partner’s career decision was the decisive factor.

Around 180,000 people emigrate every year

For both graduates and low-skilled workers, the move abroad was particularly worthwhile, they said. Their earnings increased at an above-average rate.

Around 180,000 Germans emigrate every year – and about 130,000 Germans who had been living abroad return each year. This graph (“Where the Germans Emigrate: Most popular target countries”) shows the number of Germans who have moved abroad over the past 10 years, and to which countries. Graph: DPA

Yet it is unclear how many people stayed abroad for the rest of their lives, the researchers said.

Currently, five percent of Germans live abroad. In comparison with other OECD countries, Germany ranks third in the number of citizens heading overseas – behind Poland and the UK.

As a result of the move, Germany will lose skilled workers, at least temporarily, said Ette. However, because skilled workers from other countries are migrating at the same time, the migration balance remains positive.

“The best are doing well [abroad], but the best are also coming [to Germany],” the researchers said.

The migration of skilled workers is therefore not a brain drain, but a brain circulation – i.e. not a migration of competent workers in and out of the country, but rather a cycle.

Although men and women emigrated in equal parts, a “more classical family model” dominated, in which men's careers played a more important role. Women often only returned to the workforce after they were back in Germany again.

Younger people above other groups tend make the decision to move: The average age is between 36 and 37-years-old and thus just under 10 years below that of the German population.

Since the 1980s, the number of German emigrants has risen continuously, said the researchers.