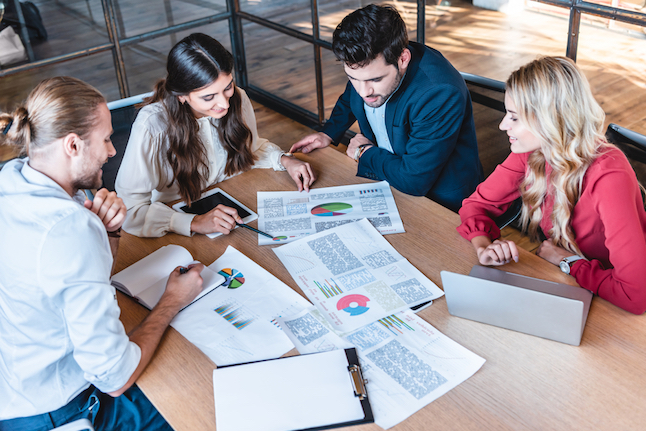 Just as very few of us could have anticipated the unexpected ways the world changed in the 2010s, predicting what the 2020s will bring naturally involves little more than educated guesswork. One person well-positioned to weigh in is Boris Durisin, at least when it comes to the ways conducting business in Europe is likely to change.

Durisin is a professor at the prestigious business school ESCP Business School. In addition to his teaching duties at the school’s Paris location, one of six ESCP campuses across Europe, Durisin also consults with a number of Fortune 500 companies on launching new products and technologies. He says Europe’s business environment is likely to change in ways big and small during the decade to come.

“I think that Deep Tech and machine learning, AI, will truly transform industries, nations and the educational system,” Durisin says. “Just as jobs like data scientist and data analyst didn’t exist ten years ago, the jobs that future workers will be filling over the next decade and beyond do not exist yet.”

Find out more about studying at ESCP Business School

So, how do Durisin and his colleagues at ESCP, which is the world’s first business school, prepare students for a future so full of uncertainty? According to him, it’s fairly straightforward. “Being able to face the challenges of the future is much less about what you know and much more about how you think and who you are,” he said. “We are there to 'learn to think and act' as we try to prepare our students to face uncertainties, cope with ambiguities, and interact with people who have different mindsets and different decision-making processes and different operating routines.”

Durisin pointed to the school’s Bachelor in Management (BSc) programme, which allows undergrads to spend three years in three different countries, gaining valuable exposure to not only to those three cultures and languages but also the diverse backgrounds of their classmates, who come to ESCP from all over the world. The Management degree was launched four years ago and exposes students to “cultural sensitivities like hardly any other programmes out there,” he tells The Local.

Julia Vetter graduated from the Bachelor in Management (BSc) programme earlier this year and is currently enjoying “one last long vacation” before starting what she said was her “dream job” at BCG’s Dusseldorf office in January. The 22-year-old German-American said the school’s strong cross-cultural profile is what drew her to ESCP after she graduated from high school in Phoenix, Arizona. “I wanted to discover myself as well as take advantage of all that Europe has to offer. I didn’t necessarily just want to go to Germany, where my parents are from, so I was looking at various programmes, and when I Googled ‘most international bachelor programme in the world’, that took me directly to ESCP. I clicked on the link and was like, ‘Wow, three years, three countries, three languages! This is totally what I want to do and the people coming to this type of programme would totally be the types of people I’d want to spend time with,” Vetter says.

Vetter chose to spend her three years at ESCP in London, Turin and Berlin (students can also choose to spend a year at the Paris or Madrid campus) and said the programme had a profound impact on her, both personally and professionally.

“Looking back now, I can simply say that who I was when I was going into my first year in London was a very, very different girl than the woman who left ESCP a few weeks ago,” she said, attributing much of that change to the people who were around her.

“The people who attend a school like ESCP are very ambitious and eager to learn, experience new cultures and explore the unknown. Being surrounded by people like that helps you learn to be more than yourself,” Vetter says. “Yes, you learn the fundamentals of finance and law and accounting and so forth, but you learn so much more about the meaning of life and how to instantly connect with people from all over the world.”

Find out more about ESCP's Bachelor in Management (BSc) degree

Like Durisin, Vetter predicts that the 2020s will bring a lot of exciting changes to young people like herself entering the European workforce.

“During the next decade, I think business will change immensely. This new group of young people entering the workforce is very demanding in terms of things like work-life balance. Millennials are demanding a different type of work. They’re won’t do 100-hour working weeks, so companies are going to face increasing pressure to provide things like more flexible working hours and better parental leave policies,” she said.

Her generation’s focus on sustainability is also going to force businesses to change, Vetter predicts.

“Sustainability is the future and it’s going to be key, no matter what industry you work in and this is something that every single company, from small start-ups to worldwide corporations, is going to have to show and prove,” she says. Durisin agrees that businesses are going to face different expectations in the 2020s.

“I think a drastic change over the next decade will be the degree to which companies must justify their contributions to society. They will need to be seen as contributing to the good of society rather than merely using consumers as a means to the end of profit extraction,” he says.

Durisin adds that ESCP is constantly launching new programmes to address the myriad ways business will change in the future. But regardless of what the 2020s bring, some things will always remain the same, he says.

“The tools and techniques that we did not have access to five or ten years ago are now becoming the common body of knowledge that we need to transmit to students. But while the tools we deploy will change radically, the fundamental principles of thinking about business will remain pervasive as, for example, companies will always have to acquire, keep, and grow customers. So our students need to understand the governing dynamics and organizing priciples of running a company and contributing to society but at the same time they need to be willing to modify the tools they use to get there and commit to becoming continuous learners and outstanding thinkers,” the professor says.

For Vetter’s part, she’s ready for whatever the 2020s might bring.

“My father used to say that the only consistent thing in life is change and the next ten years are going to be about embracing the change that will come my way both professionally and personally,” she said. “The next decade is going to be great.”

Want to find out more about studying at ESCP Business School? Click here to download the brochure.

This article was produced by The Local Creative Studio and sponsored by ESCP.