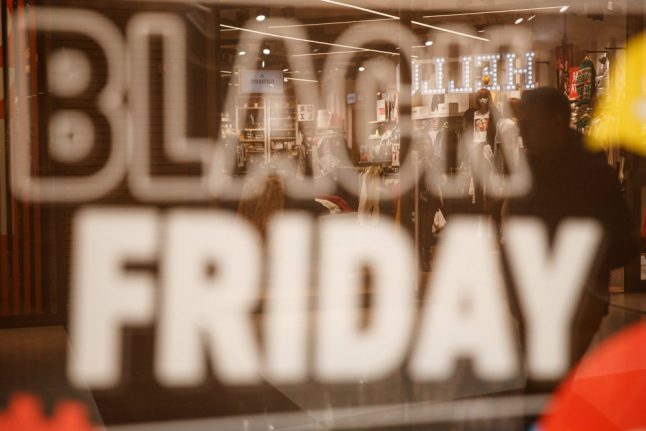 Cards were used for over nine million payments, according to a Nets press statement.

That represents the first time the nine million figure has been exceeded for card payments during a single day.

As many as 9.2 million card payments were made on Friday November 29th, an increase of 3.5 percent compared to the equivalent day in 2018.

Payment cards were used to pay for goods and services totalling a value of 3.8 billion kroner. That is also a significant increase compared to 2018, at 1.9 percent.

The figures mean that Black Friday 2019 had the highest total for debit and credit card payments in Norway’s history.

“Based on card statistics, it seem as though many people were out shopping from 10am and that continued throughout the day. There was also significantly higher card spending in the evening,” Nets Norway’s press spokesperson Stein-Arne Tjore said in the statement.

Card payments encompassed by the figures include Norwegian credit and debit card payments as well as international cards and electronic gift cards.

“Compared to an average Friday, 46 percent more online purchases were made (on November 29th),” Tjore said.

Mobile payment app Vipps also saw unprecedented numbers on Black Friday. A new record was set on the app on Thursday before being surpassed on Friday.

The total value of Vipps payments on Black Friday 2019 was 154 percent higher than last year.

READ ALSO: 'We have to do something': Norwegians warned about Black Friday spending 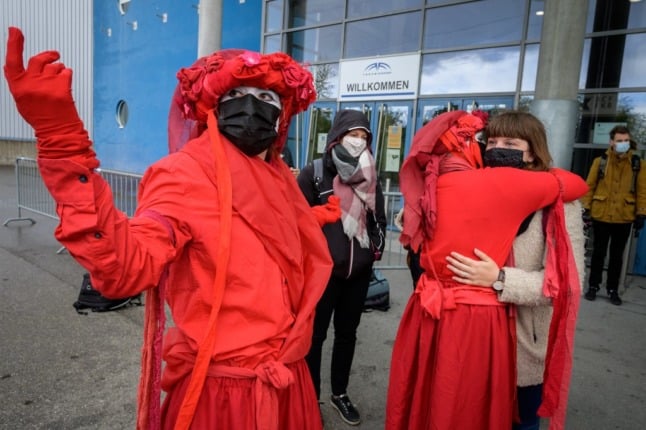 A member of the Red Rebel Brigade hugs a climate activist prior to the opening of the trial of 31 climate activists from Climate Strike and Extinction Rebellion (XR) movements who blocked access to a shopping centre in 2019 on May 25, 2021 in Fribourg. (Photo by Fabrice COFFRINI / AFP)

The campaigners, mostly aged between 19 and 25, were previously found to have acted illegally when they protested against the promotion of “Black Friday” — a now-global shopping festival held every November 29th that the activists said was an unsustainable celebration of consumption.

Swiss courts have in the past sometimes ruled that such acts of civil disobedience were justified because of the urgency of the global fight to combat climate change.

The case, due to last for four days, is the biggest trial related to climate change issues in Switzerland to date, according to media reports.

On November 29th, 2019, demonstrations were staged at shopping malls across Europe in the first “Block Friday” to denounce the environmental toll of mass consumption, according to the Extinction Rebellion network.

In the latest case, the activists were fined for taking part in an unauthorised protest, disturbing public order and disobeying police, according to Swiss news agency ATS.

But the environmentalists are challenging the penalties handed down by prosecutors.

The trial is already promising to prove contentious. The dozen lawyers for the defence complained some weeks ago that the presiding judge had not granted them the right to call certain expert witnesses — among them, Nobel chemistry prize winner and environmental advocate Jacques Dubochet.

While trials of climate activists have multiplied in recent months in Switzerland, defence lawyers have repeatedly, and sometimes successfully, invoked a “state of necessity” due to the climate emergency.

In January 2020, a judge accepted that defence in the case of 12 activists who had entered a branch of Credit Suisse in November 2018 dressed up as Roger Federer.

They were protesting against the investments in fossil fuels by the bank, a key sponsor of the Swiss tennis star.

The judge ruled that their actions were legitimate in the face of the climate emergency.

That ruling was overturned on appeal, with the higher court arguing that the activists could have used other legal means.

But last October, a Geneva court of appeal in turn acquitted a young activist who in 2018 vandalised the headquarters of Credit Suisse in another protest against its fossil fuel investments, citing “the state of necessity” in the face of the climate emergency.