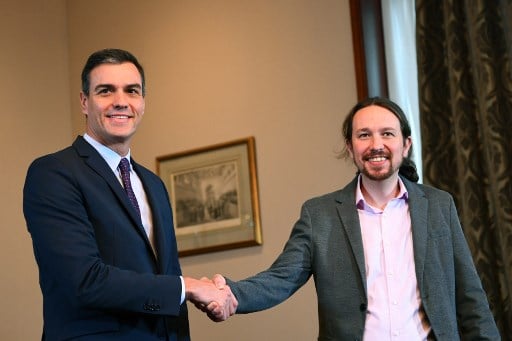 These elections were Spain’s second in 2019, but resulted in an even more uncertain political scenario than the results of a vote in April 2019.

In the April 2019 elections, the Socialist Party (PSOE) of Pedro Sánchez won 123 of parliament’s 350 seats. Together with the 42 seats of the radical left alliance Unidas Podemos (UP), led by Pablo Iglesias of the populist party Podemos, this meant that a coalition government looked possible. However, the two parties failed to reach an agreement and the expected coalition government never saw the light of day.

PSOE and UP had multiple disagreements but the main disputes were between the leaders and over which party would run which government ministry. As a result, although some of Spain’s minor regional parties could have helped form a centre-left coalition government, the lack of agreement between the two main parties forced new elections.

The results of the November 10 election, which took place soon after leaders of the Catalan independence movement were jailed, complicated the process of forming a government even further. While PSOE remains the biggest party, it lost three seats and UP lost seven.

The graphs below reflect this recent political instability in Spain through our own statistical analysis. The left-hand graph shows the level of electoral volatility – the net electoral change between parties between two consecutive elections. The higher the number, the more unstable Spain’s politics is. The right-hand graph shows how the effective number of parties, a statistical calculation used to measure the most relevant number of political parties in an election, has shifted since the first democratic elections in 1977 until 2019.

Both indicators reflect the country’s growing political instability, showing that, since 2015, electors have often changed who they voted for. Spain’s two traditional parties – PSOE and the conservative People’s Party – have also become less important. They experienced a drop in their combined percentage share of seats from an average of 85% between the 1990s and 2011 to 60% in the November 2019 election. Nevertheless, on November 12, just one day after the general election, PSOE and UP announced a government deal. This will now be presented to the parliament for approval in a series of investiture votes in December. If ratified this would be the first coalition government in the history of democratic Spain.

No coalition government after 15 elections

In fact, even though government coalitions in Spanish politics are very common at the regional and local level, all 15 national elections since 1977 resulted in minority governments, with or without external support from smaller regional parties. There were just five exceptions that resulted in majority governments (three socialist and two conservative).

The pact between PSOE and UP make us believe that a stable government is now possible in Spain. There will be two votes in the investiture process. In the first, the coalition will need a majority of 176 votes, but in the second, they will just need more Yes votes than No votes. The graph below is an early simulation of the final vote in the Spanish parliament. While various allegiances could shift, especially those of the Catalan parties, our simulation exercise shows that, in the second round of the investiture session, Spain could finally have a government.

The rise of Vox

Although the details of the final coalition government are far from settled, our simulation suggests that it has a good chance of succeeding. This coalition between the left and centre-left would be somewhat of a rarity in Europe. The exception is in Finland, where Prime Minister Antti Rinne leads a coalition including centre-left, left and green parties. Centre-left governments in Portugal, Czech Republic, Denmark and Sweden also have informal support from the radical left.

This coalition, as well as the success of the populist radical right party Vox, can only be understood by taking into account the changes in wider political shifts between the parties. Mainly due to the movement for Catalan independence, territorial splits have become more important in Spanish politics. This split was exploited by Vox, which has condemned the political organisation in charge of greater decentralisation, arguing instead for a much more centralised state.

With this type of discourse, Vox attracted many former People’s Party voters. This shift away from a traditional competition between the left and the right, is partially responsible for the speed at which PSOE and UP came to an agreement.

More broadly, thinking about the dimensions of party competition allow us to better understand southern European political parties’ incentives for forming coalitions in recent years. In Greece, populist left party Syriza was in government with populist radical right party Independent Greeks (Anel) until 2019. In Italy, the populist Five Star Movement similarly built an agreement with the populist radical right party The League and, recently, with the centre-left non-populist Democratic Party.

If we only think about classic left-right divisions, these coalitions seem completely random. But if we take into account the other splits that structure party systems, such as competing views on globalisation and nationalism, then things are much more straightforward to understand.

In Spain, after four elections in four years, a coalition government between PSOE and UP that comprises 155 seats (far from the majority of 176 seats) is close to being settled. However, many questions remain, including whether the government will be stable and whether new elections are likely in the short term. It seems that doubts and the uncertainty will continue to play a role in Spanish politics.

This article was originally published in Spanish on The Conversation. Read the original.

Last week, a Vox official in the northern region of Castilla y León, which is co-run by the right and far right, said doctors would have to offer women seeking an abortion the option of hearing the heartbeat of the foetus.

The measure is similar to that adopted last year by the far-right government of Hungarian Prime Minister Viktor Orban, which requires pregnant women to listen to the foetus’ “vital functions’ before having an abortion.

The aim was “to promote childbirth and support families”, said the region’s deputy head Juan Garcia-Gallardo, a member of Vox which, like other parties of its ilk, has put a lot of focus on this ideologically charged issue.

Spain, a European leader when it comes to women’s rights, decriminalised abortion in 1985 and in 2010 it passed a law that allows women to opt freely for abortion during the first 14 weeks of pregnancy in most cases.

A government bill which aims to guarantee access to the procedure at public hospitals is currently making its way through parliament.

Vox in 2022 entered a regional government for the first time since it was founded in 2013 when it became the junior partner in a coalition with the conservative Popular Party (PP) in Castilla y León.

The experiment in the region close to Madrid is being closely watched: polls suggest the PP would win a general election expected the end of the year but would need the support of Vox to govern.

Before that, Spain will vote in May in regional and local elections.

Socialist Prime Minister Pedro Sánchez used his address at the World Economic Forum in Davos on Tuesday to warn of the threat posed by the far-right, in what was seen as a reference to Castilla y León.

“We have to prevent these political forces from reaching the institutions… because the threat is very real, especially in those countries where far-right forces have the support of mainstream conservative parties,” he said.

He accused Moscow of using far-right parties to sow division in Europe, adding: “We will fight them with the same determination and conviction that the Ukrainians are fighting Russian forces.”

Sánchez’s executive has sent two notices to the regional government of Castilla y León reminding it that it does not have the authority to alter the abortion law.

READ ALSO: What are Spain’s abortion laws for foreign residents and visitors?

Meanwhile, the main opposition PP has tried to distance itself from the controversy. It said the measure, which was first put forward by Garcia-Gallardo, will never come into force.

During a TV interview on Tuesday, PP leader Alberto Núñez Feijóo said: “No woman who wants to voluntarily interrupt her pregnancy according to the law will be coerced anywhere where the PP governs.”

Feijóo, who has pushed the PP to the centre since becoming leader of the party in April, did not hide his discomfort with Vox, which he said was “clearly mistaken”.

He said the far-right party had sparked a controversy that “clearly” benefitted Sánchez’s government, which had “a lot of problems”.

The abortion row has overshadowed other disputes troubling the government. They include a row sparked by a flagship law against sexual violence that toughened penalties for rape but eased sentences for other sexual crimes. This has set some convicts free after their jail terms were reduced.

Antonio Barroso, of political consultancy Teneo, said Vox was “trying to drive a wedge within the PP by pushing for initiatives that pull the party away from the centre”.

Controversies over issues like abortion could help Sánchez “to mobilise the left-wing electorate by capitalising on their potential fears of a PP-Vox government”, he added in a research note.