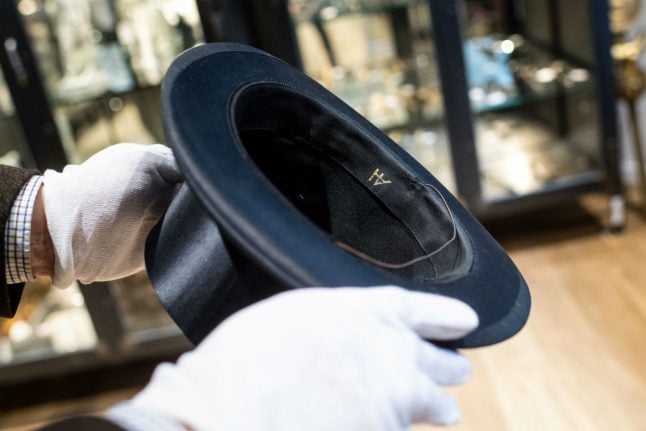 A top hat with the initials AH being auctioned off. Photo: DPA

The hammer fell on the Nazi leader's top hat at €50,000, according to the Hermann Historica auction house website, while items of clothing belonging to his partner Eva Braun each sold for thousands.

One buyer paid €130,000 for a silver-plated copy of Hitler's anti-Semitic political manifesto Mein Kampf that once belonged to senior Nazi Hermann Göring, emblazoned with an eagle and the party's swastika emblem.

“They're acting as if they're trading in perfectly normal historical art objects,” but “there is a danger that Nazi relics become cult objects” for the extreme right, he added. A cocktail dress from Eva Braun, Hitler's long-term companion who was briefly his wife before their death. Photo: DPA

Ahead of the auction, European Jewish Association chairman Rabbi Menachem Margolin recalled that “it is Germany that leads Europe in the sheer volume of reported antisemitic incidents”.

“We urge the German authorities to compel auction houses to divulge the names of those who are buying,” who “should then be put on a government 'watch' list,” Margolin said.

Many of the items belonging to top Nazi leaders were seized by US soldiers in the final days of World War II.

The dresses belonging to Braun, Hitler's long-term companion who was briefly his wife before their death, were found among 40 trunks seized by the US military in May 1945 in Salzburg in Austria.

Some of the more unusual lots include a copy of Hitler's rental contract in Munich and a pair of sunglasses worn by a defendant at the Nazi war crimes trials in Nuremberg to avoid the glare of the floodlights. 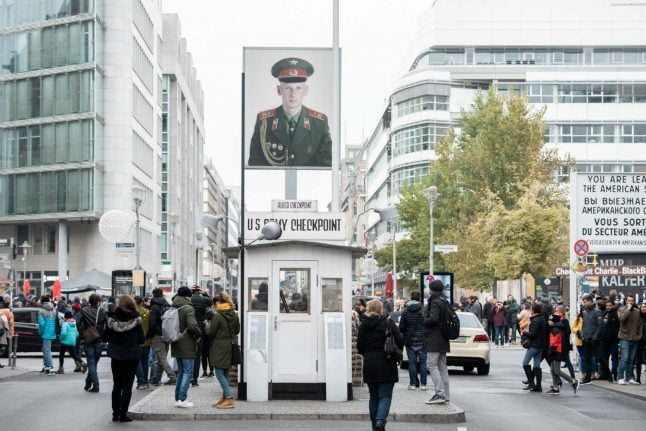 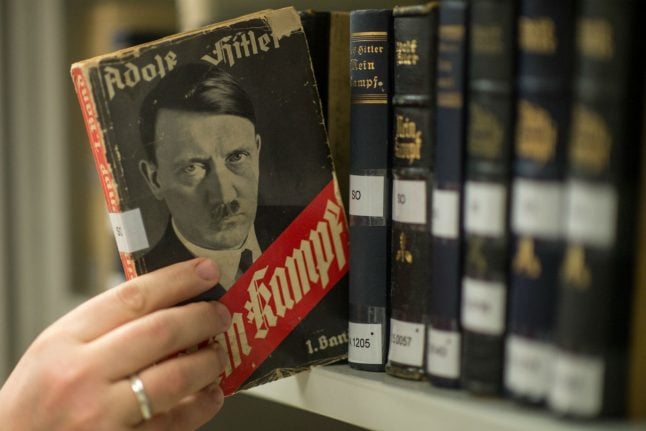 A model poses with the “The Spirit of the Rose” diamond during a press preview on Friday. Photo: Fabrice Coffrini/AFP
Named “The Spirit of the Rose” after a famous Russian ballet, the 14.83-carat diamond mined in Russia is the biggest ever to go under the hammer in its category — “fancy vivid purple-pink”.
The occurrence of pink diamonds in nature is extremely rare in any size,” Gary Schuler, head of Sotheby's jewellery division, said in a statement. “Only one per cent of all pink diamonds are larger than 10-carats.”
Speaking to AFP, Benoit Repellin, head of fine jewellery auctions at Sotheby's Geneva, said the oval-shaped diamond was “completely pure.”
READ ALSO:
The rough diamond was unearthed by Russia's Alrosa — one of the world's leading diamond producers — in the Republic of Sakha in the northeast of the country in July 2017.
Repellin said it took a painstaking year for cutting masters to turn the diamond into its polished form.
Sotheby's said the world auction record for a diamond and any gemstone or jewel was the “CTF Pink Star”, a 59.60-carat oval pink diamond that sold for $71.2 million in Hong Kong in 2017.
According to Repellin, five out of the 10 most valuable diamonds ever sold at auction were pink.
The sale of this gem coincides with the closure of the world's largest pink diamond mine in Australia after it exhausted its reserves of the precious stones.
The Argyle mine, in the remote Kimberley region of Western Australia, churned out more than 90 percent of the world's pink diamonds.
SHOW COMMENTS