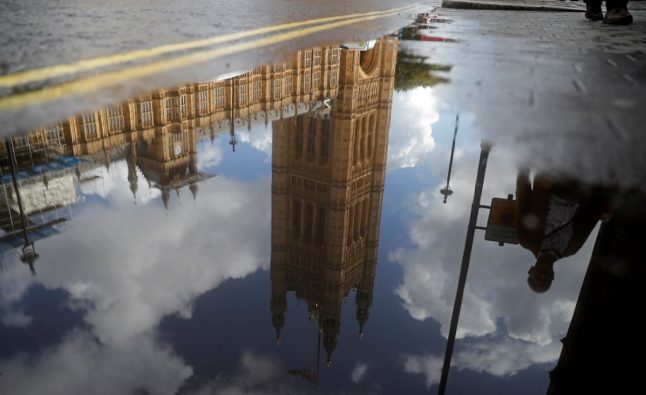 Time is running out to be able to vote in next month's election. Have you done what you need to do to have your say? If not then here's the instructions and the deadlines you need to be aware of.

And if you are still looking for a proxy vote you might want to read this.

We recently featured the story of Andreas Schrage who was diagnosed with leukemia in 2017.

His family never though that something like Brexit might stand in the way of Andreas’ treatment and chances of recovery. So they made a life-changing decision to leave Britain. Here's their story.

We asked you recently to justify why Britons who leave the UK and move to the EU – or indeed elsewhere – should be able to continue voting in elections back in the UK.

And also we asked those of you who are no longer able to vote to explain just how it feels to not have a say in an election which will have a huge impact on your future.

We were inundated with responses and have published articles on our French and Spanish sites featuring views of Brits living in those two countries.

Many of you were of the belief that if you remain British citizens then you should keep the right to vote in UK elections, which is the case for many citizens of other countries who move abroad.

Even more of you were of the opinion that if you still pay taxes in the UK, which pensioners do, then why should you lose the right to vote?

Keith Owen, who has lived in Germany for 19 years, summed up the views of many.

“I am a UK citizen, holder of a UK passport, I own property in the UK, I pay taxes in the UK, I have family in the UK. Although I am currently living and working in Germany, I intend to return to the UK when I retire. Why should I not be allowed to vote in elections which could directly affect my current and future life?”

Because Britain's place in the EU, and status of Britons as European citizens, is basically at stake in this general election the anger among those who can't vote is all the more profound.

To many, this election feels like a second referendum and therefore a second time they have been unable to have a say in something that directly affects them more than most British citizens in the UK.

“Considering the enormous impact Brexit has upon all Britons living in the EU, it is completely unreasonable that we all are prevented from voting in this matter, just because we have lived abroad for a stretch of time. This is a serious degradation of our status,” said Ian, who lives in Denmark. 'Basic rights have been removed'

Gill McKay, who has lived in Germany for 18 years, said: “Brexit shows how we can have basic rights removed from us without having any say in the matter.

“It feels like being a non-person. I can have my basic rights removed, my pension and healthcare affected without being able to voice my opinion. How is that democracy?”

Many of you spoke of feeling “abandoned” and “betrayed” while others spoke of feeling “invisible” or treated like “a second-class citizen” by Britain, while adding that when you are disenfranchised it's even harder to accept the result of an election or referendum.

“If I had a vote I could accept any result whatsoever. At least I'd have been a part of it. But not when I haven't been. I will never accept anyone telling me I won or lost if I didn't even participate,” said Sasha Beavis, who has lived in Italy for 23 years.

But it's not just those Britons who have lived abroad for 15 years who won't be able to vote.

“I have lived outside of the UK for three years but cannot vote in UK elections because I had never been registered to vote when I moved from the UK,” said Sonya Lopez who lives in Sweden. “I think this is even worse than the 15-year rule.”

But as this chart below suggests, not all of you were in favour of votes for life for British citizens, indeed almost one fifth of respondents agreed there should be a cut-off point.

“I have lived outside the UK for over 30 years. Apart from as a visitor I haven't contributed anything to the UK economy. Therefore I have no anxiety over not being able to vote. I believe the 15 year rule is generous and probably fair,” said Graham Booth, who lives in Sweden.

Dawn Swift, who has lived in Portugal for 17 years, said: “If you live out of the UK for a long time you are in another country permanently and should be involved in that country. Otherwise people are just trying to have the best of both worlds. I don't have any involvement in UK politics. After such a long time not living in the UK why should I have the right to a vote?” The number of respondents who would prefer to vote in the country where they now live rather than the UK was even higher. Some 40 percent would rather have a say in their adopted country (they can if they take citizenship) rather than back home in the UK.

James Law, who has lived in Germany for 29 years, summed the views of those who believe a vote in the country where you live is more important than a vote in the UK

“The national elections in Germany have more bearing on my life than the chaotic events in the UK,” he said.

However many others might have agreed if it wasn't for Brexit while others pointed to the fact their pensions and healthcare arrangements were in the hands of the British government – hence why a vote in the UK still matters. Finally for those who are able to cast a vote on December 12th, most of you are opting for the proxy vote.

We have explained on The Local why a proxy is seen as the preferred method for those living abroad, not least because of the unreliability of the UK postal services. Thanks for reading our Europe & You newsletter. You can sign up for it via your newsletter options in the top right of the screen or via your members account.