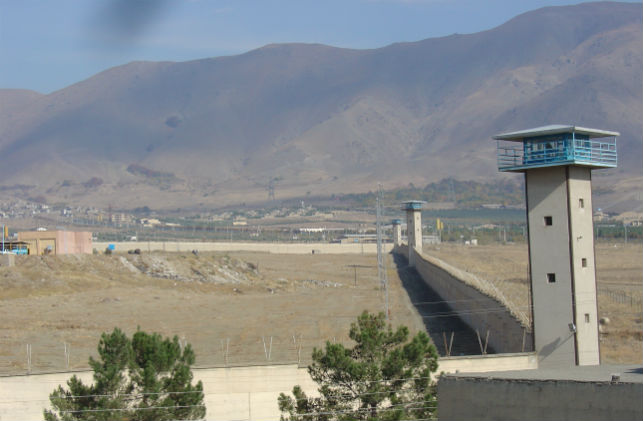 Gohardasht Prison in Karaj, Iran, site of a 1988 execution of Iranian political prisoners. Photo: Ensie & Matthias/Wikimedia Commons.
The 58-year-old man, who was not named, was arrested on Saturday when he arrived at Stockholm's Arlanda airport to visit relatives, according to Swedish media reports.
He is believed to have had a senior position in a jail in the city of Karaj, where a number of prisoners were executed in the summer of 1988 following orders from then Iranian leader Ayatollah Khomeini, Swedish news agency TT reported.
Prosecutor Karolina Wieslander said the crimes were linked to the war between Iran and neighbouring Iraq, which ended in August 1988 after a UN-brokered ceasefire was accepted, TT said.
On Wednesday the Stockholm district court ordered that the man be held in  custody pending a prosecutor's decision on whether to press charges, due by December 11 at the latest.
“He is innocent, they have arrested the wrong man,” the man's lawyer Lars Hultgren told public broadcaster SVT.
According to rights group Amnesty International, Iranian authorities “forcibly disappeared and extrajudicially executed thousands of imprisoned political dissidents” between July and September 1988.
In December 2018, the group called for the UN to establish an independent mechanism to help bring those responsible to justice and noted that several people involved in the killings were still in positions of power.