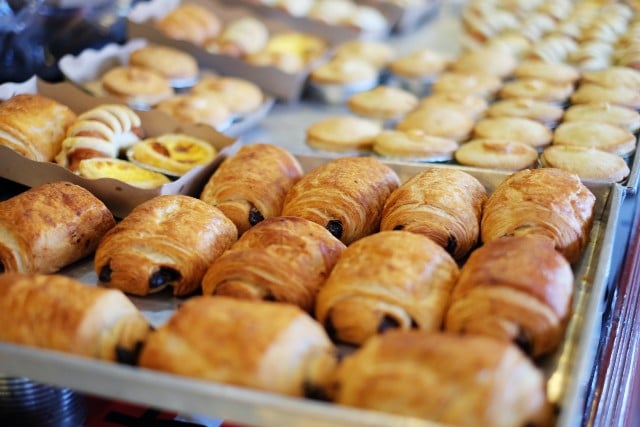 Pastry wars are just the beginning of France's north/south divide. Photo by Mink Mingle on Unsplash

Criticising people from the opposite side of the country is a bit of a national sport in France.

After all, their food, weather, character and accent are not the same. What’s not to hate?

As with most stereotypes there is some truth to France’s regional idiosyncrasies, but none are really quite serious enough for a wall to be built slap bang in the middle of the Loire Valley just yet.

These entertaining and largely tongue-in-cheek maps explain some of the prejudices and relative truths behind the north-south divide.

There’s probably no bigger gripe for southerners in the north than le climat de merde (shitty weather). Turn the tables and it’ll be northerners talking about the insufferable summer heat of the south east.

This Metéo France map showing the number of rainy days per year over each area of France proves that it can be pretty wet and cloudy up north (especially in Brittany and le Grand Est) but it’s not as if the whole bottom half of the country is always sunny either. In France, the land of ‘haute-cuisine’, some regional rivalries over who has the best grub were bound to develop.

The snootiest food connoisseurs from either side of this fictional north-south border will happily mock the other one’s fixation on using either butter or olive oil for their cooking.

But as this gastro-map shows, it’s not as a simple as “huile d’olive” in the south and “beurre” in the north. Cooking with lard (saindoux) is actually popular across much of l’Héxagone.

That’s right, much the same as in every country with a bigger landmass than Luxemburg, France has different regional accents.

Southerners will whine about the incomprehensible ch’ti dialect of Nord-Pas-de-Calais whereas northerners will mock and pigeonhole every southern accent into one. Parisians will just be repulsed by all of them.

The truth is that many French people, regardless of where they’re from, speak with a fairly neutral accent.

There are of course many regional accents as this map depicts, but once again there’s not such an obvious north-south divide in the way people speak apart from with a handful of words.

Here’s another map that disproves an idle cliché: ‘the industrial north together with Paris are rich whereas the drought-hit, lazy south is poor’.

Comically titled “If France was a pizza” given INSEE’s mouthwatering yellow and red colour choice, the map actually shows the median income of French communes across the country.

The wealth distribution is far from being a north vs south divide – the French Riviera and large swathes of the east are as rich as Paris, and the post-industrial “rust-belt” of France’s far north has seen better times – but the wealth prejudice somehow prevails.

Map of France if it was a pizza pic.twitter.com/0EtM9J4JR6

French people from the north have a reputation for being unfriendly introverts whereas southerners are known to be fun-loving and happier.

And of course there’s Parisians, who everybody hates.

It’s fair to say that bad weather can certainly dampen people’s mood, but in reality it’s really down to the individual.

Except if you’re from Paris, in which case you’re just a snobbish and rude narcissist (this map would have us believe).

The pain au chocolat v chocolatine battle has been raging for centuries and essentially comes down to a geographical divide.

To be clear, we’re not talking about two different types of chocolate breakfast pastries, just the words used to refer to the same item.

In the south west of the country it’s a chocolatine, in most of the rest of France it’s a pain au chocolat – although there are some exceptions as this map reflects.

Why this raises pulses between French people we don’t know; maybe it’s the sugar rush. France is a great sporting nation but rather than bask in their triumphs, some pigheaded supporters of the country’s two most popular sports – football and rugby – would rather have a go at each other.

You know the drill: “football is for hooligans”, “well at least I don’t have cauliflower ears”.

The stereotype says that rugby is only played in the south whereas football is just as big in the north, but as these oddly shaped maps of France suggest, it’s yet again not quite as simple as that.

Rugby is most fervently supported in the southwest where to many it’s a religion (there’s even a chapel called ‘Notre Dame du Rugby’). Football, as expected, is everywhere. And as the map showcases, there are other sports that are popular in France. Stereotypes can be funny but are usually dumb

This rather unrefined map of French regional stereotypes is a great way to cap off this roundup of French clichés about northerners and southerners and their opinions about each other.

There are definitely nuanced differences between both sides, and there’s nothing wrong with a bit of friendly banter, as long as it doesn’t turn into bigotry.