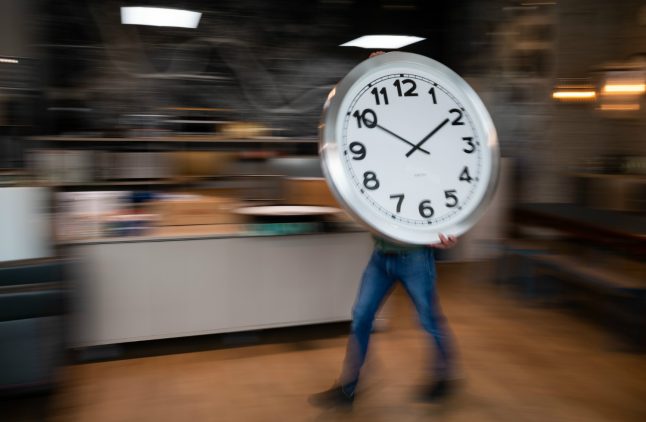 Clock changes cause health problems for many Germans. Photo: DPA

It's that time of year again: on Sunday (October 27th) the clocks in Germany will go back by one hour, inaugurating shorter winter days again.

READ MORE: Everything that changes in October 2019 in Germany

But numerous surveys have shown the majority of Germans want to see time changes abolished.

Now new research carried out on behalf of the DAK health insurance company, has found that almost every third German (29 percent) experiences physical and mental health problems due to the clock changes – the highest amount in recent years.

The clocks reset from 3am back to 2am this coming Sunday. Technically daylight savings (in spring) means an extra hour of light in the evening, while standard time means there is less darkness in the morning. The clocks 'spring forward' an hour in March and 'fall back' an hour in October, every year.

However, time is running out on the clock changes after the EU parliament voted to get rid of them.

Health problems due to time change

According to DAK, more than three quarters of Germans are of the opinion that the time change is unnecessary and should be abolished.

More than three-quarters (77 percent) of respondents to their survey said they felt tired because of the time change. According to the survey, the next most common complaints involve problems falling asleep (65 percent) and insomnia (70 percent), from which women suffer particularly frequently.

A total of 41 percent of Germans find themselves less able to concentrate, while almost a third feel irritable. One in eight people even suffers from depressive moods. Men are 14 percent more likely to be affected than women (10 percent).

Meanwhile, 18 percent of respondents said they arrived late to work after the time change.

“Psychological problems which occur after the time change are nothing unusual,” said psychologist Franziska Kath.

Kath said it is similar to jetlag because the inner clock gets confused.

“The best medicine is also the simplest,” Kath said. “Rest and a few days of patience. Often it helps not to make stressful appointments in the week after the change and to approach everything at a more leisurely pace.”

In an EU-wide survey last year, 84 percent of participants spoke out in favour of an end to the time change. The EU Parliament voted in March for the abolition of the time change by 2021.

So far, however, it is unclear how this is to be implemented. Each member state has to give a preference as to whether they want summer or winter time to apply permanently. However, the majority of Germans (67 percent) would like to see a new uniform time regulation throughout Europe, reported DPA.

In Germany, the time change was introduced in 1980 as a reaction to the oil crisis two years earlier. The aim of this measure was to save energy because daylight savings means it stays brighter for longer in the evening.

“People want to enjoy their free time in daylight after a hard day at the office or in school in winter, spring or autumn too.” 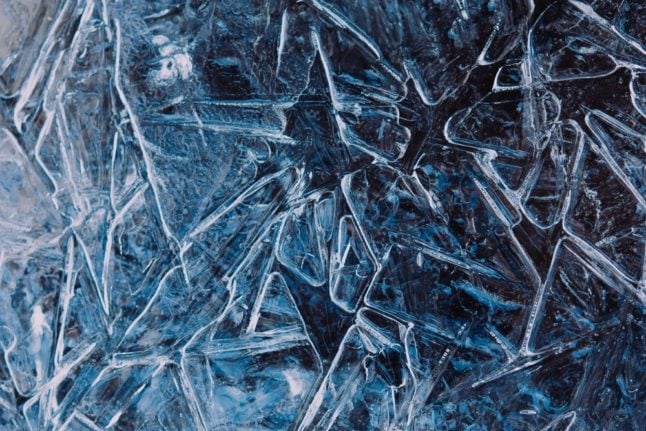 The Oslo Fjord ice is unstable in several areas and seven people fell through it into the water during the weekend, broadcaster NRK reported.

“It is ice cold in the water now. If you fall through the ice it is dangerous,” Oslo Police operations leader Christer Martinsen told NRK.

A large number of people are reported to have congregated at the Sørenga, Kadettangen, Kalvøya and Sandvika locations.

All of the persons who fell through the ice are accounted for and no injuries have been reported.

But police have now asked the public to stay off all ice on the inner Oslo Fjord.

In a tweet, Oslo Police ordered the public to “stay off the ice in unsafe areas and outside of marked zones”.

“If you go on the ice now, you must know what you are doing. There have been enough examples over the years of people who have lost their lives this way,” Martinsen told NRK.

“Not everyone has safety equipment or the right knowledge to walk on the ice. Water can bever be completely safe. You would have to verify that you are on safe ground with drilling equipment and the like,” the officer also said.

“We fully understand that it is tempting to go out on the ice, but you must know what you are doing. You have a personal responsibility,” Marinsen said.

READ ALSO: These are the current coronavirus restrictions in the Oslo area