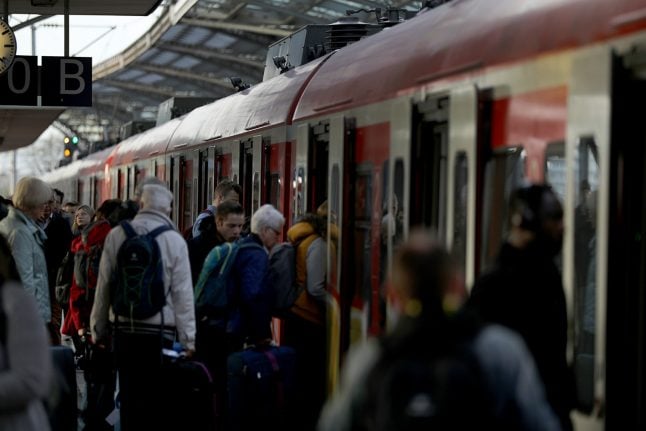 Commuters board an S-Bahn at Cologne main station. Photo: DPA

Germany wants to increase subsidies for public transport more than planned in a bid to lure people away from their private cars in the fight against climate change.

The Finance Ministry told Spiegel it is planning to increase so-called regionalization funds. This money mainly finances the operation of regional and S-bahn networks, but in some cases, also the operation of public buses. Small portions of these funds are also used to buy new trains or build new railway lines.

The cash injections will compliment other planned increases, the Ministry said.

The current regionalization laws already provide for the annual financial volume of around €8.6 billion to go up by 1.8 percent on the previous year's figure up until 2031. Compared to the existing budget, the newly planned increase is therefore relatively small.

However, it's still been welcomed by groups. The Pro-Rail Alliance lobby organization, which advocates for a higher market share for rail transport in freight and passenger transport, welcomed the plans .

“The federal government wants to double the number of passengers in local and long-distance transport by 2030,” said Dirk Flege, managing director of the transport alliance. “The additional funds are a step in this direction.”

The promotion of local transport is one aspect of the government's climate plan. In the package, the state announced its intention to make alternatives to flying and driving cars.

READ ALSO: Why you will soon pay more for short-haul flights in Germany

The Federal Government's Climate Protection Act is gathering speed. According to insiders it will be introduced into the Bundestag next week, with the aim to pass the law before the SPD party conference in December.

A step in this direction – ein Schritt in diese Richtung