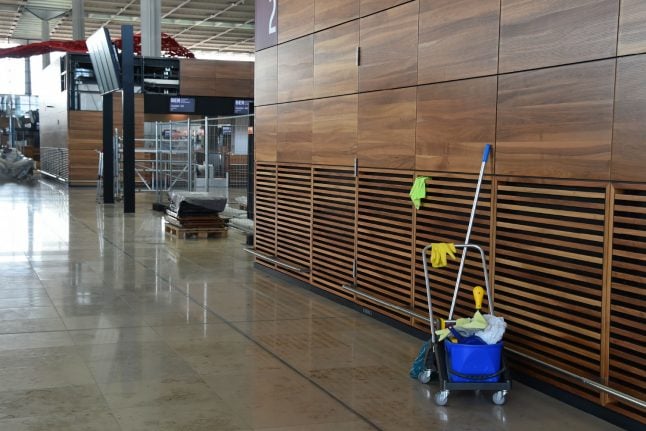 The action, which is being held due to a dispute over pay and working conditions, is taking place at Frankfurt, Berlin and Münster Osnabrück airports on Tuesday.

In Münster the strike action was due to last 24 hours.

At other airports, such as Munich, Düsseldorf, Stuttgart and Hanover, protests under the banner “uprising of the invisible” were planned.

Air traffic is expected to be hit by the action because planes will not be allowed to take off without being cleaned. However, it is not yet known the exact number of flights or number of passengers set to be affected.

By calling the strike, the IG Bauen-Agrar-Umwelt union, known as IG Bau, is aiming to increase the pressure  on employers in the collective bargaining conflict.

On Facebook the union posted to say there were delays at Frankfurt Airport.

READ ALSO: When are airline passengers in Germany entitled to flight compensation?

There were also protests by staff, including at Münster Osnabrück Airport, which are shown in the Facebook post below.

After six rounds of negotiations, the wage conflict in Germany's largest trade sector, which involves about 650,000 employees, has reached a deadlock.

IG Bau is demanding a Christmas bonus and the payment of overtime bonuses for part-time employees, among other things.

Employers have so far rejected the calls.