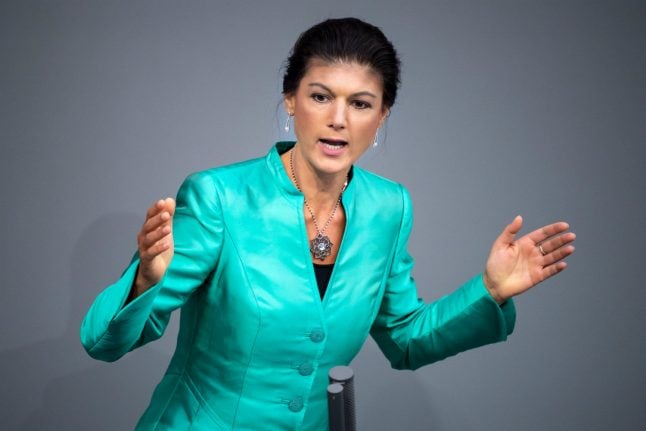 The great physicist didn’t remain German for long – he took on Swiss citizenship as a young man to avoid military service. But he was born in Ulm and went to school in Munich.

We would like to think that the Nobel Prize winner was descended from ancestors who only had a single rock to their name (and who were constantly looked down upon by neighbours the Zweisteins).

The actual meaning of the name is rather different. It comes from einsteinen, meaning to surround with stone, and refers to defences built around settlements in the Middle Ages. It is probably just as well that der Kaiser became the most famous footballer of his generation. How else would he have shrugged off his rather odd surname? Apparently some far-flung forefather was a master of sculpting the curvature of bowls. Are we stretching the matter by suggesting that the great Bayern Munich footballer still lived up to the name by curving elegant passes around the pitch? The deceased former Chancellor was often mocked during his time in office for his lack of refinement. And the fact that his last name meant cabbage didn’t exactly help. Satirical magazine Der Postillon joked after his death in June that he was being given a very special honour for his service to Germany – having a type of vegetable named after him. Why on earth someone ever decided that “Moldy Penny” was a suitable surname, we'll never know. Ancestry.com and Focus magazine say that it was a nickname for misers who let their pennies become moldy because they never spent them.

Whether the family of Germany's Olympic Sports Confederation head still carries on that personality trait is yet another question. German football star Schweinsteiger's last name could literally translate to pig-climber, but more likely it means pig-overseer, like on a farm.

As if his full last name didn't sound silly enough, it has also given the ex-Man United midfielder a regrettable nickname: Schweini (piggy).

He's not the only one with a lamentable last name: Former national team captain Phillip Lahm is one of the best players Germany has produced in recent years, leading his team to the 2014 World Cup victory. But his surname in German means lame, feeble or slow. The word Knecht means servant or farm labourer, so it seems the Die Linke (Left Party) leader has come a long way since her family's presumed more humble beginnings. Ok so this one doesn't exactly translate. But Tod does mean death, and Höfe are courtyards, so naturally our thoughts jump to the morbid when hearing the name of this journalist, who was also once a member of the German parliament (Bundestag) and later became the first Western reporter to get embedded with Isis. Watching this 34-year-old Hamburg native on screen might just make your Herz leap if you have a crush on the actress, who has appeared in the 2008 German-American drama The Reader.

And it seems she comes from a line of people with feel-good family names: Her mother is designer Barbara Engel (Angel). This Prussian musician composed works such as the Steinmetz March.

How often everyone just assumed he wanted the fish 'n' chips due to his name, Wikipedia does not reveal. This Lower Saxon-born religious figure was the former president of Christian nonprofit CJD, which does social work and educational training for young people. Pastor Chicken Leg has also written a number of books, including “Just Believe” and “Window of Hope”.