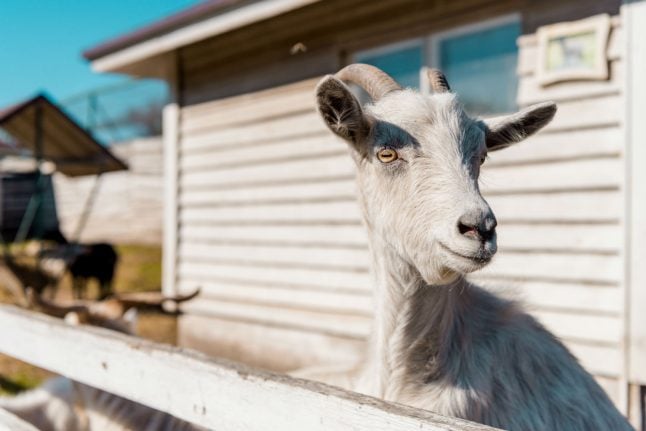 Die Goaßgschau is not a word that you’d hear everywhere across German speaking countries; rather it’s a dialect word that’s found exclusively in Bavaria in southeast Germany. It refers to “an absent-minded gaze”.

Perhaps it’s a term you’ll hear if you’re headed to Munich for Oktoberfest this year.

READ MORE: 15 Bavarian words you need to survive down south

What are its origins?

A Goaßgschau is something we’ve all experienced at some point in our lives. We’ve done it ourselves and we’ve watched other people do it, though we probably didn’t consider that someone out there had named the concept.

An alternative phrase in English that communicates the idea of not quite being present is “to be away with the fairies”, though this British term doesn't quite capture the notion of a staring blankly at nothing.

In English Goaßgschau translates to “the stare of a goat”, or a person’s absent-minded gaze which resembles that of a goat’s blank stare.

Goaßgschau: Why do we do it?

As presented in a report by Galileo, the University of Wisconsin conducted research into why we all do a Goaßgeshau.

We usually stare into space whilst we’re working, and according to their findings, a Goaßgshau is an automatic human mechanism which helps us process new information. It also helps us refocus our concentration.

“Hallo!! Hörst du mich?” …“Sorry, Goaßgschau!”
Can you hear me? … Sorry, I was away with the fairies.
“Das sogenannte Goaßgschau kennt jeder von uns.”
Everyone know what the so called “stare of a goat” is all about.
“Wenn nun jemand während einer Vorlesung abwesend ist, Dann ist das Goaßgschau in seiner schönsten Form zu beobachten.”
When someone's not quite present during a lecture, then the Goaßgschau can be observed in its purest form.

Why do I need to know isso?

Because it’s a nice colloquial expression to use if you’re feeling a little lazy since it combines a few words. It was also one of Germany’s favourite youth words back in 2016, although it’s definitely not particularly cool anymore and is used by all ages.

Isso is derived from the statement: ist so (short for es ist so) meaning ‘it’s like this’ or ‘it is so’ in English. When used as a response to someone’s statement, it usually means you completely agree. A good translation is: ‘right on!’, yes, that’s exactly right!’ or ‘it’s true!’.

You can also use the expression yourself to emphasise your thought. In this case you’d add it on at the end of your sentence. You often find isso used on Twitter, when someone is quoting a Tweet.

It can also be used in a more downbeat form accompanied by the shrugging of your shoulders. In this case you’re saying isso, because it can’t be helped, it’s the way it is.

– We have to protest against rising rents in Berlin.