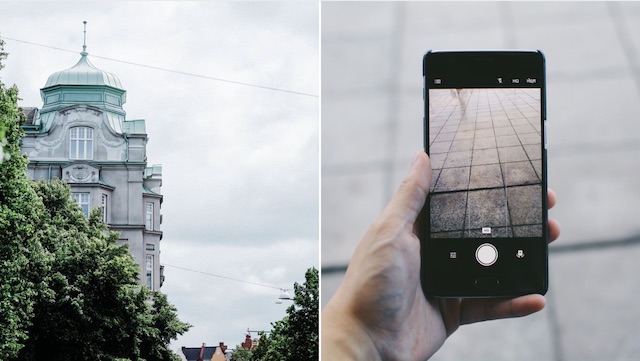 Måns Adler isn't your typical employee in the administrative hub of Malmö's City Hall. Adler (38), who, among other successes, co-founded the Bambuser streaming app, is a well-known tech entrepreneur. In 2018, he accepted an altogether new challenge – to digitalize his native city.

He took up the position as the head of Malmö's tech team last November and has since been overseeing a quiet digital revolution.

“We wanted to see if the startup ways of working could transfer to a municipality. Our objective was to try and do things differently,” Adler tells The Local. The team now operates under the name of Malmö Civic lab, reflecting their exploratory approach while putting less emphasis on tech.

The city of Malmö commissioned Adler for an initial one-year project as part of the 'Digital Malmö' strategy. The team started off by improving the city's existing e-services with the objective to boost efficiency in the organisation.

“For us at City Hall, it was about adopting a new mindset and to be questioned in a different way about how we are doing things,” says Maria Stellinger Ernblad, Chief Digital Officer at the City of Malmö.

When the collaboration got underway, Adler admitted that he was unsure what awaited him when he walked through the corridors of power last winter. Since then, Adler and his team have been busy making their mark alongside the city’s existing digital team.

“The public sector is one of the most non-digitalized sectors around. It is very different from the private sector; there is a competence gap that needs to be bridged and a new way of approaching challenges needs to be adopted,” he says.

An initial project was digitalizing the internal HR forms service, which until Adler's arrival was still done on paper. Now the service has been streamlined using online service Typeform, which has led to big efficiency gains internally, according to Stellinger Ernblad.

Click here to find out more about the City of Malmö “Together we looked at the processes for how we showcase new services. We realised that we don’t always have to buy in things; we can achieve our objective using what we already have, which is also cheaper and more efficient,” she told The Local.

After taking up the position, which is being funded by the City of Malmö, Adler was keen to do more than just cut down on the city's paper usage. Product development is where he excels; Bambuser, where he remains on the company’s board, is an industry favourite for companies such as the Associated Press and has been credited with the rise of so-called citizen journalism.

“My mother was a politician and as someone who was born and raised in Malmö, this was a position with so much potential and a great opportunity,” says Adler.

He adds, “Part of the task is to stir things up!”

Stirring things up for the greater good was the genesis of the Malmö Civic Lab’s error reporting tool. Adler and the team created a prototype chat bot that enables users to provide information on problems they have spotted in the city.

“It is a chatbot where people can, for example, report a hole in the ground, graffiti, broken street lamps etc. You can send in pictures and share the location of where the problem is,” says Adler.

The information is then relayed to the relevant authority at the city of Malmö to rectify the problem. As with any new product, there were teething problems but the entrepreneur emphasizes that the pros outweigh the cons.

“Usability was an issue but overall a lot of things were done. The response from the public was positive and we will release a second iteration of the chatbot later this year,” says Adler.

His colleague, Maria Stellinger Ernblad, continues, “It was a new approach to roll out a digital service and start using it to get feedback while it was refined. Beforehand, the idea would have been to have it 100 percent perfect whereas now we are learning on the job. That was a change in philosophy for us.”

Addressing the more staid approach of the public sector and digitalizing it is a much greater challenge. Adler observed that although there was an abundance of talent in City Hall, where it was distributed and who took responsibility does not always overlap.

“There is a very silo type of understanding with clear handoffs. How people structure and prioritise their work is different in this environment.”

Stellinger Ernblad adds, “We haven’t agreed on everything! I think it is brave for the city to be so open to new ideas and feedback. Ultimately, we are using taxpayers’ money so we are accountable all of the time for the services we provide.”

Click here to find out more about the City of Malmö

Ruffling a few feathers comes with the territory but Adler states that his team have already justified their appointment by saving their paymaster’s money.

“In the public sector, the tendency has always been to always go and procure services such as software. We are looking at systems that other municipalities are using and developing our own services.

“Many municipalities are trying out something similar. This is a massive organisation and efficiency is key. We will end up saving a lot more than we cost; in fact we are already there.

“Going forward, we want to work more with service design in the department. Have a more vertical approach with greater interaction with local citizens. Work with the IT department and improve the working culture. Establish which services we can build ourselves and what are the global services that we need to deliver.”

He describes his time so far at the city of Malmö as being an “emotional rollercoaster” but is glad to have accepted the challenge.

“The hearts of the people here are all in the right place; we all want to improve the city. For digitalization, there is a need and commitment to do it in the long-term. I have really enjoyed my time here and there is still so much that needs to be done.”

Malmö’s Chief Digital Officer, Maria Stellinger Ernblad, confirmed to The Local that Adler and his team will continue in 2020.

“We are learning from each other all of the time; This is not rocket science. Long-term, we want to be able to deliver more services to the citizens of Malmö digitally and create new services along the way.”

“What really stands out about the Malmö experience is contrary to most of the places we work,” he said. “They made their own assessment of their situation on the ground, they looked at the intervention logic, they decided it made sense, and then, in a very rapid, focused and business-like fashion, they figured out how to do the work.”

He said that this contrasted with police and other authorities in most cities who attempt to implement the strategy, who tend to end up “dragging their feet”, “having huge amounts of political infighting”, and coming up with reasons why their city is too different from other cities where the strategy has been a success.

Malmö’s Sluta Skjut (Stop Shooting) pilot scheme was extended to a three-year programme this January, after its launch in 2018 coincided with a reduction in the number of shootings and explosions in the city.

In their second evaluation of the programme, published last month, Anna-Karin Ivert, Caroline Mellgren, and Karin Svanberg, three criminologists from Malmö University, reported that violent crime had declined significantly since the program came into force, and said that it was possible that the Sluta Skjut program was partly responsible, although it was difficult to judge exactly to what extent.

The number of shootings had already started to decline before the scheme was launched, and in November 2019, Sweden’s national police launched Operation Rimfrost, a six-month crackdown on gang crime, which saw Malmö police reinforced by officers from across Sweden.

But Kennedy said he had “very little sympathy” for criminologists critical of the police’s decision to launch such a massive operation at the same time as Sluta Skjut, making it near impossible to evaluate the programme.

“Evaluation is there to improve public policy, public policy is not there to provide the basis for for sophisticated evaluation methodology,” he argued.

“When people with jobs to do, feel that they need to do things in the name of public safety, they should follow their professional, legal and moral judgement. Not doing something to save lives, because it’s going to create evaluation issues, I think, is simply privileging social science in a way that it doesn’t deserve.”

Sluta Skjut has been based around so-called ‘call-ins’, in which known gang members on probation are asked to attend meetings, where law enforcement officials warn them that if shootings and explosions continue, they and the groups around them will be subject to intense focus from police.

At the same time, social workers and other actors in civil society offer help in leaving gang life.

Of the 250-300 young men who have been involved in the project, about 40 have been sent to prison, while 49 have joined Malmö’s ‘defector’ programme, which helps individuals leave gangs.

Kennedy warned not to focus too much on the number of those involved in the scheme who start to work with social services on leaving gang life.

“What we find in in practice is that most of the impact of this approach doesn’t come either because people go to prison or because they take services and leave gang life,” he said.

“Most of the impact comes from people simply putting their guns down and no longer being violent.”

“We think of the options as continuing to be extremely dangerous, or completely turning one’s life around. That’s not realistic in practice. Most of us don’t change that dramatically ever in our lives.”

He stressed the importance of informal social control in his method, reaching those who gang members love and respect, and encouraging them to put pressure on gang members to abstain from gun violence.

“We all care more about our mothers than we care about the police, and it turns out that if you can find the guy that this very high risk, very dangerous person respects – literally, you know, little old ladies will go up to him and get his attention and tell him to behave himself. And he will.”