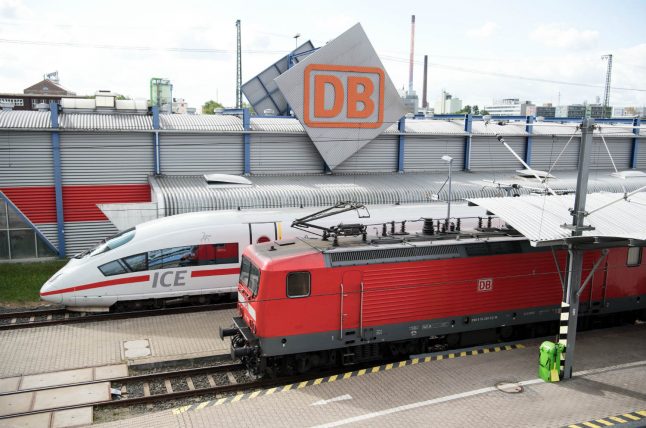 Deutsche Bahn trains in Frankfurt am Main in May 2019. Photo: DPA

Experiments this summer succeeded in keeping the rails cooler, the firm
said in a statement, meaning DB will now extend them to a kilometre-long
stretch on the high-speed line between northern city Hanover and
centrally-located Würzburg — one of the country's busiest.

The environment-friendly paint's resilience to dense traffic will be
thoroughly tested on a 61-metre-high bridge near Melsungen in the federal state of Hesse.

Within a year, results should “form the basis for the extension of the
project to other routes,” DB said.

As steel expands in the heat, longer, hotter summers can damage rails and the rail bed.

Other options for DB include “extensive vegetation management” and
high-tech solutions like aerogels or “new findings from bionics”, the company said. 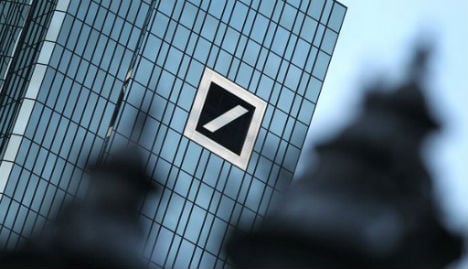 Deutsche Bank's Frankfurt headquarters. Photo: Daniel Roland/AFP
At the same time, Qatari investors, including members of the royal family, said they were considering raising their stake in the troubled German lender to 25 percent to shore up its capital position, German weekly Der Spiegel reported.
With Deutsche Bank now trying to negotiate down a threatened $14 billion fine from the US Department of Justice, Dijsselbloem said there is a limit to what should be done in punishing weakened banks for past misdeeds.
“In the last couple of years, if you add up all the fines that the American authorities have put on European banks, it takes away a lot of the new capital that European banks have pulled in,” he told CNBC television in an interview. “I think it's becoming a risk and I think we should discuss it.”
Since the financial crisis, European Banks have worked hard to raise capital in markets to strengthen their foundations, he said.
“We're in the process of strengthening our banks,” he added. “And here comes the American authority that says, 'Oh, you collected new capital, we'll take that out as a fine.'”
“Don't get me wrong,” he said. “If Deutsche (Bank) has been involved in all kinds of scandals, they need to take their sanctions. But they need to be fair and effective. And the last thing we want is for fines to threaten financial
stability of the European banking sector.”
The EU authorities had also increased fines on banks for breaking regulations, Dijsselbloem said. However, he added, “there is a limit to what you should and could do in relation to financial stability, and as soon as you come close to that, you're overstating things.”
The threatened fine against Deutsche Bank — for having marketed high-risk mortgage bonds as safe investments before the 2008 financial crisis — raised worries that the German government would have to bail it out.
But sources told AFP last week that the fine will probably amount to around $5.4 billion, close to what Deutsche Bank has already set aside for its looming legal costs.
The Qatari investors considering coming to the rescue include ex-premier Sheikh Hamad bin Jassim bin Jabor al-Thani and his cousin, the former emir Hamad Bin Khalifa Al-Thani, who together now own 10 percent of the German bank's shares.
Deutsche Bank has been in crisis mode since a US demand last month for a $14-billion fine for selling toxic mortgage bonds sparked fears over the lender's financial health, sending its share price plummeting to a record low.
If the Qatari group does indeed raise its stake in Deutsche to 25 percent, the investors would likely expect to have a say in management issues, Spiegel reported.
Without citing its sources, the magazine said the Qatari royals were “increasingly unhappy” with the current management under CEO John Cryan.
“If the Qataris were to raise their stake they would probably also push for changes to the management,” it added.
The German finance ministry told Spiegel it would have no objections to a greater investment by the Qatari group.
Deutsche Bank's woes have eased somewhat after an AFP report last week said the German giant was in talks to reduce the fine to a more palatable $5.4 billion, although concerns remain over the bank's relatively weak capital foundations.
The bank has insisted it will not require a bailout.
Url copied to clipboard!