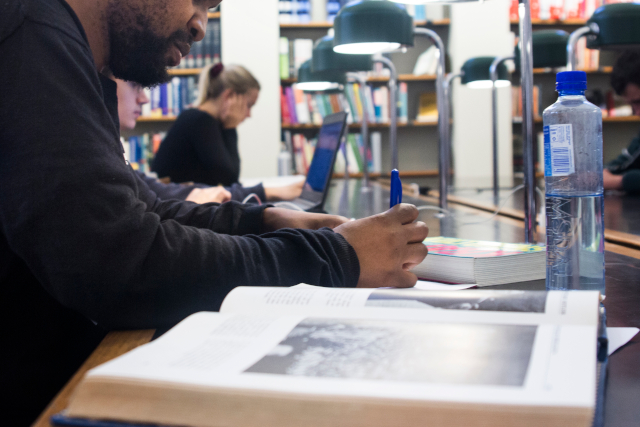 The proposals will be put to a vote in parliament. Photo: Isabell Höjman/TT

Overseas students who wish to stay and work in Sweden after finishing their courses are currently able to apply for another residence permit that allows them to stay for six months, as long as they fulfil the criteria.

But according to the government's planned law changes, both non-EU students in higher education as well as researchers would in the future be able to apply to stay in Sweden for up to a year after their studies.

This is as long as that time is used for seeking employment or trying to set up their own business.

The new proposals will be put to parliament “shortly”, said Sweden's education ministry in a statement on Saturday. If they are voted through, they are expected to come into force on January 1st 2020.

“The government's proposal strengthens Sweden's attractiveness and competitiveness for highly educated and sought-after foreign citizens who can contribute their knowledge,” said Matilda Ernkrans, Sweden's minister for higher education and research, in a statement.

“The proposals are therefore an important part of the work to improve Swedish companies' access to talent.”

The proposal includes permits for researchers, students in higher education, internships linked to higher education, volunteer work within the framework of the European Voluntary Services, and for au pair work.

The so-called maintenance requirement, that students should have enough money to fund their time in Sweden, will also be clarified so that applicants' current means of support as well as proof of future access to such means can both be used as proof that the students can in fact support themselves in Sweden.

The government also wants to make it easier for students to temporarily move between countries by making it possible for someone who already has a residence permit for studies or research issued by another EU state to, in some cases, stay in and carry out part of their studies or research in Sweden.

The new proposals, which have not yet been published in full, follow an EU directive from 2016 aimed at making it easier for third-country nationals to study in Sweden and retaining foreign talent post-graduation.

The Migration Agency has announced changes to its rules for student residence permits in Sweden. Photo: Adam Wrafter/SvD/TT

The Swedish Migration Agency has removed a previous requirement that student permit applicants physically be on campus for 50 percent of their course.

This means that unlike last year, in 2021 it will be easier for non-EU students to get a student permit despite many universities having switched to remote teaching due to corona. Normally, one of the requirements for a student permit is that the majority of teaching takes place on campus, which means distance teaching is usually not sufficient.

Swedish universities have generally been offering mostly distance teaching since mid-March last year, and many international students have told The Local that the many conflicting recommendations and requirements caused them a lot of stress, with time zones and travel restrictions causing problems for those who had to return to their home countries because they could not renew their permit. Meanwhile, many universities required students to be present on campus at the start of their course.

The Migration Agency said at the time that they were able to grant permits as long as most of the teaching was on-campus, and would try to interpret the rules generously.

But it will likely come as a relief to international students that the 50 percent in-person attendance requirement will now be removed for student residence permits in 2021.

The Migration Agency writes that “the starting point is still that you must stay in Sweden to complete your education” but that “the reason for the loosening of the rules is that attendance on campus cannot be decisive for the agency’s assessment of residence permits for full-time students, because higher education institutions have adapted their activities to national advice and recommendations based on the current situation”.

The exception will only apply to courses that would normally have been held in person, but have moved online due to the pandemic.

A previous exception that student permit holders no longer have to leave Sweden to apply for a new permit for the coming semester during the summer holidays when they are not studying will also be kept in place for 2021, said the Migration Agency.

Thirdly, it will be possible to receive a student permit for university education from August 1st, 2021, regardless of when the course starts. Normally, the permit is only valid from 14 days before the start of the semester.

“The purpose of the decision is to make it easier for higher education institutions to offer study preparation courses to their international students before the start of the semester,” writes the Migration Agency.