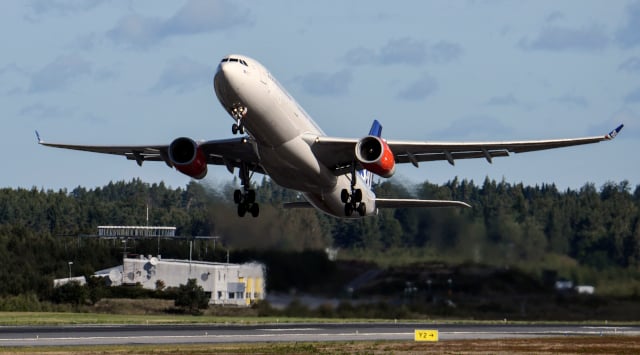 The first flight from Copenhagen to Los Angeles will depart on January 13th with daily departures from March onwards, said the airline in a statement announcing the decision on Tuesday. The Stockholm to Los Angeles route currently has six departures a week, writes Swedish news agency TT.

“Los Angeles is one of the most in-demand intercontinental routes from Copenhagen, and an important route for our leisure customers in particular, who are keen to visit the American West Coast. We continuously assess our offering in order to optimize our network for our travellers,” Karl Sandlund, Scandinavian Airlines (SAS) executive vice president for commercial flights, said in a statement.

IN NUMBERS: The impact of a seven-day SAS pilot strike

Copenhagen Airport, just 20 minutes or less by train from central Malmö in Sweden, is the most-used airport for leisure or international business travellers not just in Denmark, but also in southern Sweden.

“We respect but regret SAS' decision to move the route to Los Angeles from Arlanda to Copenhagen. Sweden is dependent on good accessibility in the form of direct routes to for example the US, but at the moment the market in Sweden is affected by, among other things, the discussion about 'flight shame', economic turmoil, a weak exchange rate and flight taxes,” Charlotte Ljunggren, market and commercial development director for Swedish airport operator Swedavia, told the TT news agency.

LONG READ: How do you give up flying if your family lives on the other side of the world?

Last year flygskam, or 'flight shame', was named as one of the new words of the year by the Swedish Language Council on the back of a global no-fly environmental campaign which started in Sweden.

“There is a need for a thorough and constructive discussion about how Arlanda could get more strategic direct routes, meet future capacity needs and at the same time become an important player when it comes to driving the airline industry's sustainability work. Swedes using connecting flights to travel further out into the world benefits neither the climate nor our business relations,” said Andreas Hatzigeorgiou, CEO of the Stockholm Chamber of Commerce, in a statement.