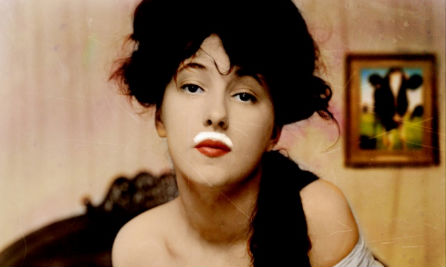 Unlike in many other countries, references to toilet habits, male and female genitalia and other taboo subjects pop up in general conversations all the time without anyone giving it a second thought.

What’s all this about people doing their business in “the milk”? And why do “testicles” keep being mentioned?

Swearing in Spain is as common as it is ludicrous, so if you wish to embrace the ever-present potty language or simply want to understand what your Spanish friends are trying to convey, read on! Me cago en la leche: Spaniards metaphorically crap on all kinds of things when they want to express anger or frustration; from God Almighty (Dios), to 'your' mother (tu madre) and the salty sea (la mar salada). Perhaps the most bizarre thing they choose to mentally defecate on is 'the milk'. All these expressions sound very vulgar in English but in Spanish they're so common most recipients would barely bat an eyelid. Que coñazo!: If you think this translation sounds bad enough, let us assure you the more literal one would have sounded a lot worse. If something is a drag you use the expression '¡Qué coñazo!'. The Spanish C-word, much more socially acceptable than in English-speaking countries, is also used to express everything from surprise to indignation: ¡Coño!. Don't be surprised if you hear everyone from grandmothers to schoolkids shouting it out at top volume. Hostia (host/body of Christ): Probably the most common form of blasphemy used by Spaniards. If someone or something is 'la hostia', it is amazing or the bee's knees. 'Hostia!' on its own is used as damn or bloody hell are in English. Then there's to give someone a host, dar una hostia, which means to smack or hit someone. Estar pedo/llevar un pedo: 'To be fart' or 'to carry a fart' has nothing to do with flatulence surprisingly. Although the word for a fart in Spanish is pedo, the expressions are a colloquial way of saying 'to be drunk'. For interest's sake, in Spanish you throw a fart if you want to say you've passed wind – tirarse un pedo. Not that you would make that public knowledge! Me importa tres cojones: This saying means 'I couldn't give a damn' in English. 'Why testicles?' you may ask. Well, 'cojones' (balls/nuts in English) is commonly recognized as the Spanish word with the highest number of derivative meanings. It's used as a verb (acojonar – to scare), as an adjective (acojonante-amazing) and many more! Even the number of 'cojones' can change the whole meaning of the sentence: ¡Y un cojón! means 'not a chance!' while 'hacer algo con dos cojones' means to be brave. De puta madre: Calling someone a 'hijo de puta' (son of a bitch) might land you in trouble in Spain despite the customary use of swearwords by many Spaniards. But the most common superlative in colloquial Spanish is 'de puta madre', which means great or awesome. It can also be used as an adverb: juega de puta madre – he plays really well. Llevar los huevos de corbata: Male genitalia used again in a common colloquial expression in Castilian Spanish. To wear your balls as a tie translates as being tense or nervous. In fact, Spaniards will often hold their throat and say 'this is where I have my balls'- con los huevos aquí- when they want to express nervousness or fear. Está que te cagas: Why something being good would induce toilet troubles is another mystery. But Spaniards, mainly young ones, will very often use this saying when they're excited about how great something is. There's also “¡Cágate!”, or crap yourself. You say this when you want to express shock or surprise.