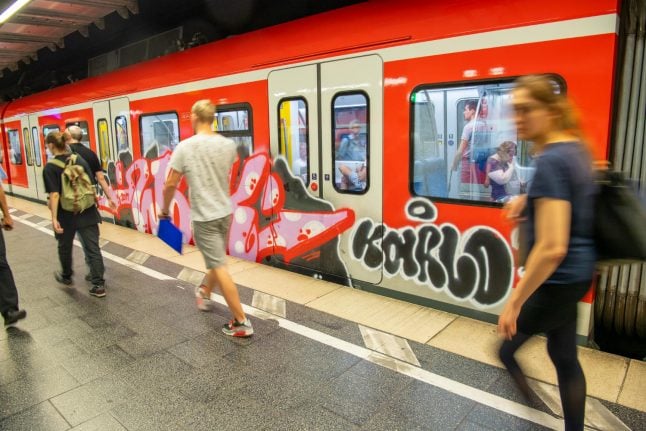 Germany wants to see people ditch their cars more often to cut down on carbon dioxide (CO2) emissions and improve the environment. But is public transport in the Bundesrepublik any good?

When we reached out to readers to find out what they think about local public transport in Germany and how it can be improved, we were flooded with responses.

This time we focus on Munich – and the state of Bavaria – where readers say there are a lot of good things about public transport.

They praised the cleanliness of trains and the high quality of vehicles used, but readers said the S-Bahn system in particular could be more punctual, and called for better services outside the city.

How do you get around in Munich?

Munich's public transport system is made up of buses, trams, the U-Bahn (metro) and the S-Bahn (Schnellbahn – urban trains). It's run by the umbrella organization Münchner Verkehrs-und Tarifverbund (MVV) which has service offices in the U-Bahn stations at Marienplatz, the Hauptbahnhof and Ostbahnhof.

The U-Bahn and S-Bahn run almost round the clock with a break between around 1.30-2am and 4am. Night buses and trams operate in the city centre.

Each day, around 1.5 million passen­gers, including residents, commuters and visitors, travel by bus and tram, according to Munich Transport Corporation (MVG) which helps to operate the extensive network.

There are 95 km of underground lines and 79 km of tram tracks. The bus system consists of 69 daily and 12 night lines, which run for a total distance of 467 km to a total of 968 stations and stops. The U-Bahn in Munich. Photo: DPA

The S-Bahn is operated by S-Bahn München, which aims to provide “fast and convenient connections to the centre of Munich”.

Two of a total of 10 lines shuttle between the city and Munich Airport at short intervals. In total every day more than 720,000 passengers travel by S-Bahn.

The S-Bahn runs on 442 kilometres of track, the largest network of Germany’s S-Bahn systems, and, at an average travel speed of 50 kilometres per hour, is the country's fastest S-Bahn.

Children under the age of six travel for free on the network. Some IsarCards (such as weekly or monthly tickets) allow holders to take children aged between six and 14 free of charge at certain times of the day.

There is continued investment in Munich's public transport system, including new lines, vehicles and infrastructure.

As The Local reported this week, transport bosses plan to test platform screen doors on the U-Bahn in 2023, in a bid to keep passengers away from the train tracks.

If all goes to plan, the security feature will be rolled out in all of Munich's 100 U-Bahn stations as part of plans to upgrade the network by 2028. The project is estimated to cost hundreds of millions of euros.

What's good about public transport in Munich (and beyond)?

With excellent connections in the centre of the city and to tourist attractions, riding on public transport is one of the best ways to get around Munich. Many of our readers agreed.

Lots of people praised the schedule of public transport, as well as the drivers, while others said connectivity was good.

Many readers said vehicles and stations were clean and the quality of the trains and buses was of a high standard.

Shivananda Halladamath, 28, from India, said the buses and U-Bahn trains are “always on time” and that reduces stress when commuting.

Silviu, 27, a project manager in Munich, said CCTV means he feels safer using the network. He also said the vehicles are in a good condition and some U-Bahn stations look “very nice”.

However, respondents to our survey also pointed out the things that aren't so great.

As The Local revealed, the cost of transport in Munich is low compared to other cities in Germany. According to ADAC research, adults pay just €55.20 for a monthly ticket covering the city area. In Hamburg in northern Germany – the most expensive city for public transport – it's almost double the price.

But some readers in Munich said they’d like to see the prices reduced even further.

Another respondent called Reshma said buses needed to “be more frequent than every 20 minutes”. The 26-year-old also called for the price reduction of monthly and yearly passes.

Rohit Malge, 23, Munich, said although the schedule was good, the cost of travelling on public transport could be cheaper – especially for students. Meanwhile others said the frequency of suburban buses needed to be improved.

Strikes on public transport that bring “life to a stand still” due to the disruption was a complaint by another Munich resident.

When it comes to improvements, one respondent said connections within the city are good but in the outskirts, bus services “start to fade away after 6 or 7 at night”.

“People may live outside the city to save costs but that does not mean they live like a farmer and sleep at 9pm,” said the reader.

'Super expensive and never on time'

Many respondents complained that S-Bahn trains not running on time was a negative part of living in Munich.

Madhuri, 27, praised the U-Bahn but said S-Bahn trains were “always late”, while Sanjeeth, 33, said there should be more transport options “outside the city too”.

Taushif Ahmed, 29, who is from India and based in Munich said reducing the cost of tickets would “attract and inspire more and more people to use public transport”.

“A successful implementation of this policy will not only help MVV to earn more money but also improve the environment by reducing the use of private vehicles.”

Other respondents said the public transport experience could be improved in Munich by making it free on weekends, while one reader said no cars should be allowed in the city centre.

Some readers added that customer service could be better especially when it comes to bus drivers.

A 30-year-old respondent to our survey said public transport in Munich was “super expensive and never on time” and small carriages in trains results in overcrowding during rush hours.

Meanwhile, other readers suggested railway bosses build new lines so that S-Bahn trains do not share lines with regional trains.

What about other parts of Bavaria?

Outside of Munich but sticking with Bavaria, readers in Nuremberg described public transport in the city as clean and with lots of connections.

But Sazid Rahman, 36, pointed out in some places it can take “double or triple” the amount of time to move from A to B compared to driving a car.

He suggested there could be more frequent connections to improve on this point.

Rahman also added that there’s no train station in Herzogenaurach – which is the home of the sporting goods companies Adidas and Puma, as well as the large car parts manufacturer Schaeffler Group – and no train connection between Nuremberg/Erlangen and Herzogenaurach.

“It’s strange because Herzogenaurach hosts the headquarters of three global brands and most of the people who work there travel from Nuremberg or Erlangen,” he said.

Manoj Desai, 33, in Poing, just outside Munich, said the public transport there was “good” but there could still be some improvements.

Here's a round up of the points our readers thought would make the Munich and Bavarian public transport experience better: 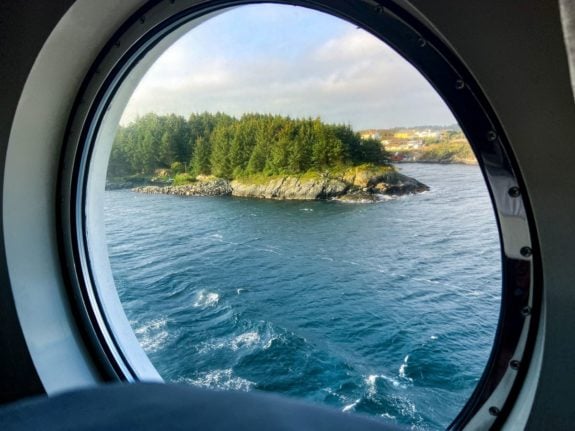 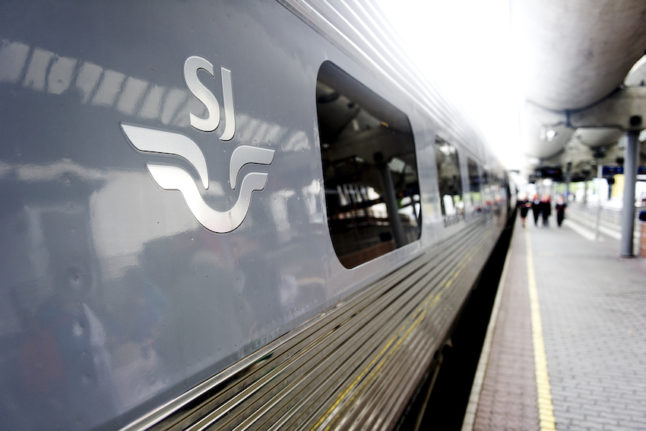 In an announcement slipped out just before Christmas Eve, the government said it had instructed the Swedish Transport Administration to stop all planning for the Borås to Gothenburg link, stop the ongoing work on linking Hässleholm and Lund.

“The government wants investments made in the railway system to first and foremost make it easier for commuting and cargo traffic, because that promotes jobs and growth,” infrastructure minister Andreas Carlson said in a press release. “Our approach is for all investments in the railways that are made to be more cost effective than if the original plan for new trunk lines was followed.”

Ulf Olsson, the Social Democrat mayor in Borås, told the TT newswire that the decision was “a catastrophe”.

“We already have Sweden’s slowest railway, so it’s totally unrealistic to try to build on the existing railway,” he said. We are Sweden’s third biggest commuting region and have no functioning rail system, and to release this the day before Christmas Eve is pretty symptomatic.”

Per Tryding, the deputy chief executive for the Southern Sweden Chamber of Commerce, complained that the decision meant Skåne, Sweden’s most southerly county, would now have no major rail infrastructure projects.

“Now the only big investment in Skåne which was in the plan is disappearing, and Skåne already lay far behind Gothenburg and Stockholm,” he said.

“This is going to cause real problems and one thing that is certain that it’s going to take a very long time, whatever they eventually decide. It’s extremely strange to want to first suspend everything and then do an analysis instead of doing it the other way around.”

The government’s instructions to the transport agency will also mean that there will be no further planning on the so-called central parts of the new planned trunk lines, between Linköping and Borås and Hässleholm and Jönköping.

Carlson said that the government was prioritising “the existing rail network, better road standards, and a build-out of charging infrastructure”.