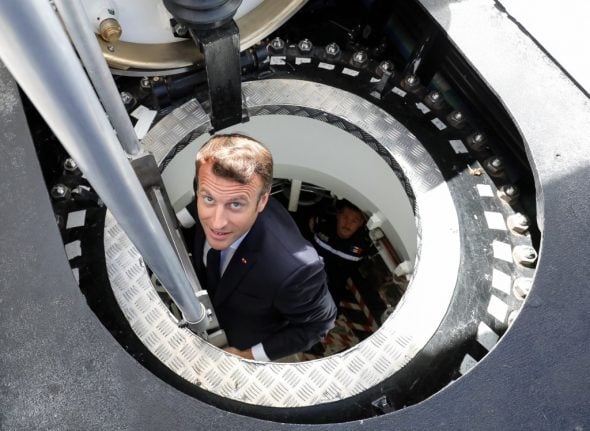 France's economy stagnated in the second quarter of 2019, growing by a lower-than-forecast 0.2 percent, largely to a slowdown in household spending, the national statistics office Insee said Tuesday.

Insee had predicted quarter-on-quarter GDP growth of 0.3 percent for the eurozone's second-largest economy between April and June, the same rate as in the first quarter. The result matches the forecast by the central bank, however.

Consumer spending on goods and services both grew at a slower pace, despite President Emmanuel Macron announcing several measures in April to try allay “yellow vest” protests over spending power.

There was good news on the investment front, however, with business investment rising 1.2 percent, up from 0.7 percent in the first quarter.

The figures cast doubt on the government's ability to reach its target of full-year growth of 1.4 percent.

Last year, the French economy grew by 1.7 percent, down from 2.3 percent in 2017, a fall that was also attributed to weaker consumer demand following weeks of often violent demonstrations over Macron's economic policies.

The “yellow vests” — so-called because of their signature high-visibility vests — began occupying traffic roundabouts in November over a planned hike in fuel taxes. The movement ballooned into a broader revolt over inequality, marked by weekly demonstrations in big cities that regularly turned violent.

The protests have shrunk in size since the government announced a series of measures to boost the earnings of the working poor and cut taxes.

The government has also linked the slowdown to flagging growth in the eurozone and trade tensions with the United States.

“The global context is not very favourable, which of course weighs on the French economic climate,” Emmanuel Jessua, an economist at the Rexecode economic institute in Paris said.