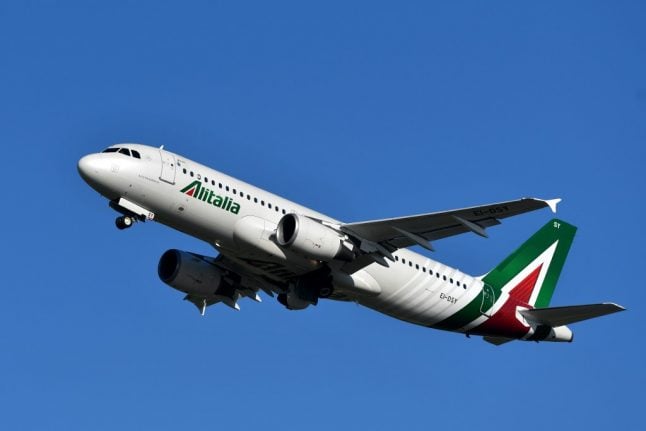 The economy ministry is to be the fourth main investor in Alitalia, which has struggled to compete with low-cost European rivals and was placed in administration in 2017.

“The Board of Directors of Ferrovie dello Stato Italiane… today identified Atlantia as the partner to work alongside Delta Air Lines and the Ministry of Economy and Finance on the Alitalia operation,” FS said in a statement.

It said it would start on a business plan with the chosen partners “as soon as possible”.

Atlantia is a major operator of toll expressways and airports, and is owned by the Benetton group that is best known for its clothing brand.

The group has already injected money twice into the airline as it struggles with excessive debt.

FS had submitted a takeover offer for Alitalia in late October, but said it wanted solid partners to join it.

Delta and the Italian Treasury had been tipped for months, but a fourth partner was needed.

No details were given on how the company will be shared, but according to figures circulating in the media, FS and Atlantia could each take some 35 percent, while Delta and the ministry would take 15 percent each.

Italian Deputy Prime Minister Luigi Di Maio's anti-establishment Five Star Movement, which governs in a populist coalition, has been very critical of Atlantia, whose subsidiary Autostrade was in charge of maintaining a large suspension bridge that collapsed in Genoa last year.

The disaster killed more than 40 people.

“We have laid the foundations for the relaunch of Alitalia!” Di Maio said in a post on Facebook.

“The state will continue to hold an absolute majority in the company and therefore also control,” he added.

Di Maio also emphasised that “nothing and nobody will erase the 43 dead on the Morandi Bridge”.

Fellow deputy prime minister Matteo Salvini, head of the far-right League, had voiced support for Atlantia, which he described as “a serious industrial partner with a turnover of several tens of billions of euros”.

But the road ahead is still long for Alitalia, which has some 11,000 employees.

The industrial plan for its recovery is forecast to result in several hundred job cuts, wage cuts and a reduced fleet.

The new company is expected to focus on boosting long-haul flights while cutting unprofitable routes.

Economic Development Minister Stefano Patuanelli told the Senate the money was aimed at turning the struggling company into the national airline it had been throughout much of its 74-year history.

“This is not another rescue,” Italian media quoted Patuanelli as saying. “This is the company's relaunch.”

It then earmarked 500 million euros in support for the entire aviation sector.

The company filed for bankruptcy in 2017 and looked doomed in January when it failed to secure rescues from either the Italian state railway or Germany's Lufthansa.

Alitalia's management had asked government administrators in March to allow it furlough 4,000 of its 11,000 employees until more passengers are able, and willing, to fly.

The carrier's main trade union announced an agreement Thursday to suspend about 6,600 employees for seven months.

“There is no downsizing at the company,” the minister said.