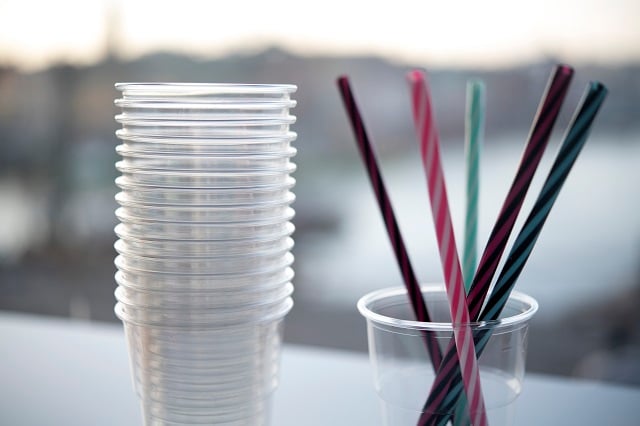 The governing Social Democrats and Green Party are in agreement with the Centre and Liberal parties on launching a government investigation into a plastics ban, according to Swedish Radio.

Shortly before the end of last year, the European Parliament voted to ban disposable plastic items such as straws, cutlery, and stirrers by 2021. But Sweden wants to go even further and restrict other products, including plastic cups and other items that often litter Swedish beaches.

“We all understand that it's completely unsustainable that a material that lasts for hundreds of years and is not degradable in nature is used a single time and then thrown away. We have to find a new system that is sustainable,” environment minister Isabella Lövin told the radio station.

READ ALSO: Why Sweden's waste imports may not be as eco-friendly as you think

This could include replacing plastic products by alternatives made from materials such as paper, or manufacturers looking into new methods of production, she said.

In their investigation, the government will look into options such as requiring restaurants and shops to pack food in containers brought by customers, and a kind of deposit scheme (known as pant in Sweden) for plastic items.

The decision to look into a plastics ban was part of the 72-point government deal between the four parties in January.

READ MORE: What does Sweden's government deal mean for internationals?