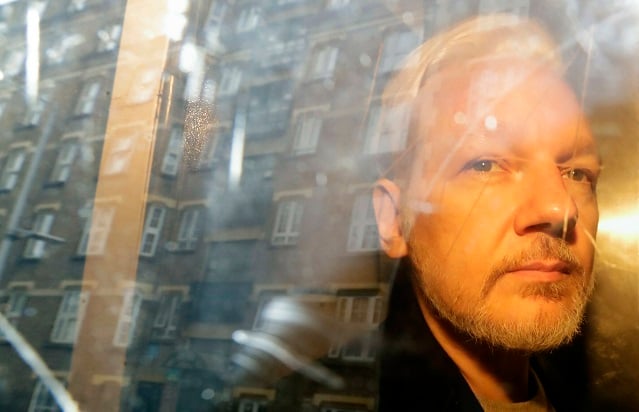 The United Nations special rapporteur on torture and other cruel, inhuman or degrading treatment, Nils Melzer, has been one of Assange's most vocal defenders since the Australian whistleblower's April arrest in London.

Last week, Melzer posted a blog on the platform Medium that cast doubt on rape and sexual assault accusations made by two Swedish women against Assange and accused Swedish police of serious misconduct. The blog has triggered an uproar.

As of Tuesday, 272 human rights lawyers, activists and others had signed a letter denouncing Melzer's post as “unbecoming of a UN mandate-holder.” The Swedish allegations against Assange stem from encounters in August 2010. One woman accused him of deliberately ripping a condom during intercourse, against her will, but charges in that case were dropped when the statute of limitations expired.

A second allegation involves a woman who accused Assange of initiating sex with her while she was sleeping without wearing a condom. The statute of limitations in that rape case expires next year.

In the blog, Melzer wrote that the two incidents were “not exactly scenarios that have the ring of 'rape' in any language other than Swedish,” which the UN expert speaks fluently.

The activists' letter said Melzer had demonstrated “not only insensitivity to victims of sexual assault, but also a profound lack of understanding that does a disservice to the mandate he represents.”

The letter demands a response from top UN officials, including the High Commissioner for Human Rights, Michelle Bachelet. Bachelet's office did not reply to request for comment.

In an interview with AFP, Melzer said he regretted that his article had caused “misunderstandings”, adding: “But I fully stand by the substance.”

Melzer said that he has seen substantial evidence, including police reports, demonstrating that Swedish authorities inflated the accusations against Assange for political reasons.

“All the indications I see here, they really point to the deliberate abuse of the judicial system to silence Assange,” he said.

READ ALSO:
In particular, Melzer claimed the second alleged victim went to police only to compel Assange to take an HIV test and that police initiated a rape complaint “contrary to the accounts and wishes” of the woman affected.

The alleged rape victim's lawyer, Elisabeth Massi Fritz, did not immediately respond to a request for comment on Melzer's post.

Assange, who took refuge in Ecuador's embassy in London for seven years to avoid a British extradition order to Sweden, was arrested on April 11th after Quito gave him up. Swedish authorities then reopened their 2010 rape investigation, which had been closed in 2017 with the argument that it was not possible to proceed with the probe as Assange could not be reached.

Melzer said Sweden's interest in justice in the rape case was undermined by the fact that it had done nothing to force accountability for the possible war crimes Assange and WikiLeaks exposed.

“No one cares about those,” said Melzer, who has visited Assange in his British prison.
Melzer, like all UN special rapporteurs, is an independent rights expert who does not speak for the world body.