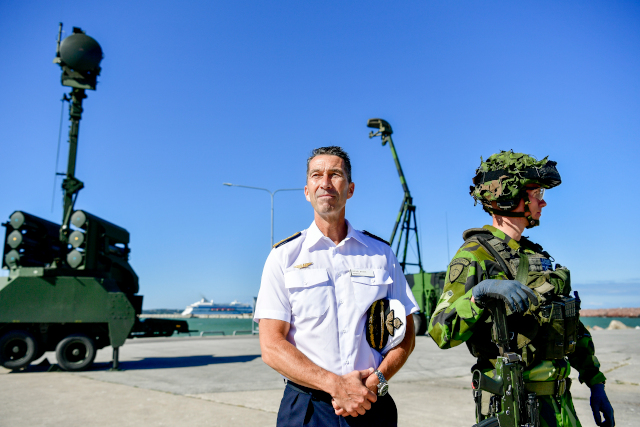 “Through its geographical location the island provides essential military advantages in regards to protection and control of shipping, air control over the Baltic Sea and the ability to place military units and weapons systems,” Sweden's Supreme Commander Micael Bydén said in a statement.

In 2015, Sweden, noting a deteriorating security environment, decided to again place troops on the Baltic island just over a decade after the previous military presence on Gotland had been disbanded.

The surface-to-air missile system deployed with the Gotland regiment is the BAMSE SRSAM, which was developed by Swedish defence company Saab during the 1990s and early 2000s.

With a reach of 15 to 20 kilometres, the system means a “significantly” increased range of the anti-air capabilities of the Gotland regiment, according to the armed forces.

Bydén also stressed that the previously unannounced deployment of the BAMSE system was a “quick solution” to meet an increased threat level, but stressed that there was still a need for newer anti-air systems.