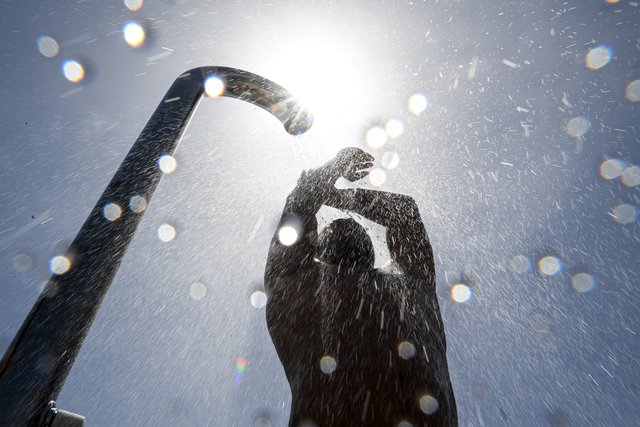 A man in Germany cools off during the heat-wave. Photo: Felix Kästle/AFP

Meteorologists blamed a blast of torrid air from the Sahara for the unusually early summer heatwave, which could send thermometers up to 40 degrees Celsius (104 Fahrenheit) in some places on Thursday and Friday.

Experts say such heatwaves early in the summer are likely to be more frequent as the planet heats up.

In Germany, where forecasters have warned a June record of 38.5 degrees could be smashed, speed restrictions were placed on some stretches of the usually free-wheeling “autobahns” as the unusually warm weather raises the risks of “blow-ups” — the hot tarmac breaking up and shredding tyres.

A forest fire was raging north of Cottbus, the second-largest city in Brandenburg state. Police said it could take days to put out the blaze in an area that was just recovering from a fire in 2018.

The fire was deemed especially dangerous due to the risk of unexploded ammunition left in the area, which is home to a military training facility.

In Spain, TV weather presenter Silvia Laplana riffed on the doom-filled catchphrase “Winter is coming” from the blockbuster Game of Thrones franchise to describe what lay in store for the country.

“El infierno (hell) is coming,” she tweeted alongside a weather map which showed most of the country coloured scarlet later in the week.

“Of course it's hot in summer but when you have a heatwave that is so extensive and intense, during which records are forecast to be beaten, it's NOT normal,” she tweeted.

Temperatures are expected to be particularly sweltering in the northeast, with a stifling 45 degrees expected Friday in the northeastern city of Girona, and 44 degrees in Zaragoza at the weekend.

Five northern provinces were placed on an orange high alert for a heatwave on Wednesday, with another five to be added by the weekend.

Authorities were also taking no chances in France, which is still scarred by the August 2003 heatwave blamed for the deaths of 15,000 people, many of them elderly who were left to fend for themselves.

“For all those who know (the risks), obviously it's too much, but if I can avoid unnecessary deaths, I will continue to communicate about prevention,” Buzyn told LCI television, referring to the warnings on radio, TV and public transport.

Players and spectators at the women's football World Cup taking place in cities around France were also being inundated with messages about keeping hydrated.

In a rare gesture by FIFA on Monday evening, fans were allowed to bring their own bottles of water into the Paris stadium where Sweden took on Canada.

Phil Neville, the England coach, was sanguine about the impact of the weather on the tournament, however.

“There's no excuse, the players are ready for it.”

Meanwhile, French beekeepers and farming groups said they were bracing for a “catastrophic” honey harvest this year after frost damage in winter, an unusually rainy spring, and, now, unusually high temperatures.

“In the hives, there is nothing to eat, beekeepers are having to feed them with syrup because they risk dying from hunger,” added the union, which represents many small farms in honey-producing regions. 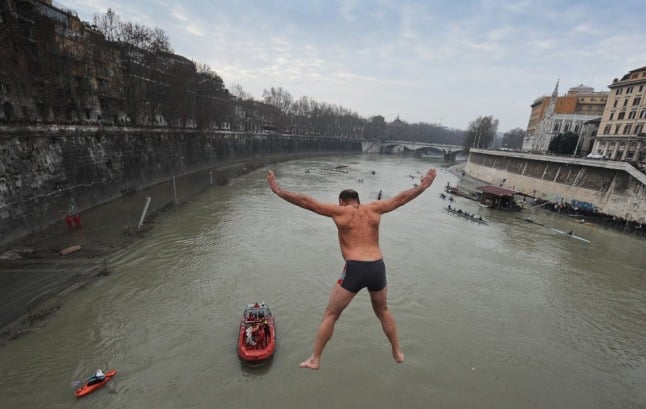 EUROPE
How will the EU’s ‘Covid passports’ work for travellers?
Url copied to clipboard!