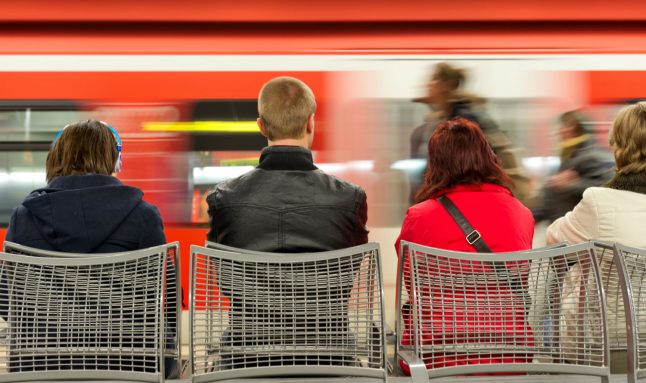 Passengers waiting for the S-Bahn in Munich. Photo: DPA

The cost of travelling by bus, tram or on the underground varies hugely depending on where you are in Germany.

A new study by the General German Automobile Club (ADAC) spotlights the differences after it compared how much tickets cost in 21 cities.

Here are the surprising results.

The cost of renting or buying a flat in Munich may be the highest in the country,  but the Bavarian city offers the cheapest tickets for public transport. According to ADAC research, adults pay just €55.20 for a monthly ticket covering the city area.

Compare that to Hamburg in northern Germany where it's almost double the price. Adults have to shell out €109.20 for a monthly ticket. Next most expensive is Cologne and Bonn (both €98.50), followed by Frankfurt (€90.40). Berlin follows, with a monthly ticket costing €81.

At the other end of the scale, Dresden in Saxony is also reasonable, with monthly travel costing €61.50. In Hanover, it costs €63 for a monthly pass.

The average cost for monthly tickets across the entire country is €77.50.

The price differences for an adult monthly ticket are shown in the table below. There were also major differences in the price of weekly tickets. Munich again charges the lowest amount with a ticket costing €15.40. In Berlin, passengers have to dig much deeper into their pockets. They pay almost 95 percent more for the weekly ticket, which transport providers charge €30 for in the capital.

For adult day tickets, the difference between the most expensive and the cheapest provider is 70 percent, according to ADAC research. Stuttgart in the south-west charges €5.20, while in Cologne and Bonn, in North Rhine-Westphalia, the day ticket costs €8.80.

The average cost across the country is €7.02.

With the day pass, adults can travel as often as they like during a certain period of time (usually around the 24-hour mark) with all public transport.

The table below compares the price differences for the day tickets for adults in different cities. The cheapest single ticket for adults can be bought in Mannheim for €1.80. In Nuremberg, passengers pay almost 80 percent more for the same ticket: €3.20. The average for all cities was €2.74.

The cities also charge very different prices for shorter journeys. While adults in Stuttgart can buy a Kurzstreke for €1.40, the same ticket in Bonn and Cologne costs €2 – 40 percent more expensive. The average cost in all cities from the study is €1.70. However, this excludes Dresden, which does not offer the short journey option as an individual ticket.

The ADAC price comparison table below shows where the highest and lowest prices are according to the different tickets available in Germany. There isn't huge differences in the cost of single trips for children. At €1.20, tickets are cheapest in Leipzig, with the most expensive (€1.70) in Bochum, Dortmund, Duisburg, Düsseldorf, Essen, Wuppertal and Berlin.

Single trips for children cost €1.53 on average across Germany.

Children under the age of six travel free of charge in all cities, however youngsters in Dresden and Leipzig have to pay for travel when they start school (even if they are younger than six-years-old).

Taking a bike on public transport

In the transport associations that cover Bochum, Dortmund, Duisburg, Düsseldorf, Essen and Wuppertal, customers have to pay €3.60 extra for every bike they take on board with them.

On average, transport associations across the country charge €2.25 for this service. In Frankfurt, Hamburg and Hanover bicycle transport is free of charge. But beware: there is no guarantee that you will be allowed to take your bike on board with you if the train is full.