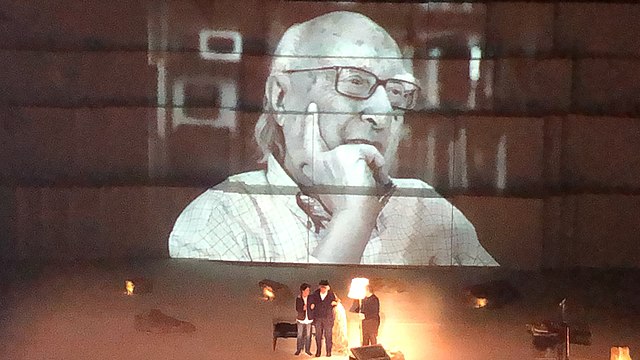 Italian crime writer and filmmaker was admitted to with cardio-respiratory problems on Monday, local media reported, quoting his entourage.

Camilleri “is in a critical condition and his prognosis is uncertain,” the head of cardiology at the Santo Spirito hospital, Roberto Ricci, told Italian media.

“The patient immediately underwent resuscitation (and his) cardio-respiratory functions were re-established,” Ricci said, adding that a mechanical ventilator was helping him to breathe.

Born in Porto Empedocle, Sicily, Camilleri earned worldwide acclaim for his series of around 30 whodunnits starring inspector Salvo Montalbano in the fictitious Sicilian city of Vigata.

The works were turned into a TV series in 1999 that has been picked up in Britain, the United States and Australia.

Camilleri has sold some 20 million books in Italy, and his Montalbano novels have been translated into around 30 languages.

In their original, the novels pose a challenge to foreign readers with their mix of Sicilian dialect with standard Italian.

Camilleri, who published his first novel at age 57, has also enjoyed a long career in moviemaking and radio.

“I am blind, but losing my sight made all my other senses come back to life,” he said back in 2017. “They have come to the rescue. My memory has improved, and I remember more things than before with great lucidity, and I still write.”

READ ALSO: On the trail of Inspector Montalbano in Sicily