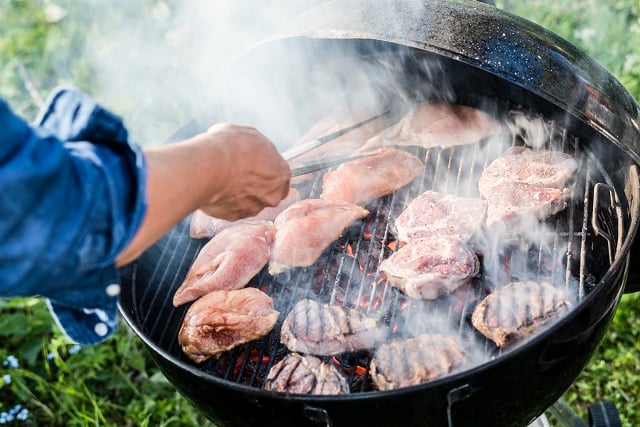 Barbecues on private land are still permitted, if there is no risk of the fire spreading. File photo: Henrik Holmberg / TT

This means that it's forbidden to light fires or to barbecue when out in nature, and the ban came into effect at 4pm on Sunday.

However, it's still possible to barbecue on private land as long as there is no risk of the fire spreading or at set safe grilling spots, although even at these locations the county administrative board has advised caution. You can find a list of some of Stockholm's safe barbecue spots here.

Fire bans have also been in place in Blekinge and in several municipalities in Kalmar in southern Sweden recently, but these were lifted last week.

Stockholm's county administrative board said it made the decision following consultation with the national meteorological agency and emergency services. The ban is in place until further notice, and anyone who violates it, whether knowingly or not, can be fined.