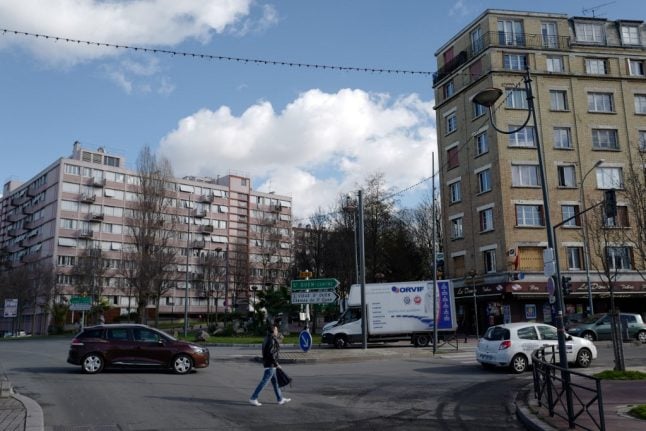 A view of the model of the Olympic Athletes Village (in brown, near the Seine and the ring-road) of the Paris 2024 Olympic Games. Photo: AFP
“We are being told to leave even though we do not know where we are going,” said Boubacar Diallo, a representative of a migrant workers' hostel that houses 300 people — mostly immigrants from West Africa — on the site which straddles the districts of Saint-Denis and Saint-Ouen.
The hostel, and everything within a 500-metre radius of it, is set to be knocked down in 2020, to make way for 15,000 athletes and officials.
Solideo, the public company overseeing building projects for the Olympics, has promised to build two new hostels in its place by 2022. But until then the
workers' future is uncertain.
Diallo complained that the temporary housing offered by the authorities was in an industrial zone, far from public transport, with no shops, bakeries, cafes or access for the disabled.
He vowed that the workers would not budge unless they got a better deal.
“The Olympic Games will bring atmosphere, jobs and the renovation of neighbourhoods,” said Diallo. “But we want all to joyfully take part in this celebration and it is not the case for now.”
'We have no choice'
A law on the Olympics adopted by parliament in 2018 allows for expropriations in extreme cases.
But Benoit Pinguet, who is in charge of institutional relations at Solideo, assured the company was trying to find “peaceful resolutions” and said that 64 percent of the land needed for the village had already been acquired. People work in a community garden in Saint-Ouen, northern suburbs of Paris, on February 12, 2018. Photo: AFP
The location of the village will be of great convenience for the athletes, in close proximity to the Stade de France that will host the athletics and opening and closing ceremonies, as well as the aquatics centre.
But local businesses are worried.
“The situation is catastrophic,” said a manager at the City Beast sports complex, which employs a dozen people. “We were starting to get established and then they told us to leave by December 31 and we don't have a choice.”
Public works company Alliance Entreprise has been located the area for the last 13 years. “We're close to our clients and want to stay in the area. But the owner said we had to leave,” said a staff member.
Meanwhile, the local engineering school Supmeca will be cut in two by the Olympics, with an internal road set to be opened up to traffic and its student residence and refectory earmarked for demolition.
Felix, a student from northern France who pays 280 euros a month to live on campus, said he was worried he would never find off-site accommodation at that
price so close to the capital.
“France lacks specialised engineers. We need to develop the school and this is more important than this wretched property operation,” Alain Rivere, the director of Supmeca, complained.
Sources involved in the construction assured that the students would be rehoused “in the same price range” and that the school would profit in the long run, with a new residence and dining hall set to be built after the Games. An image of the building site of the Olympic village on August 2, 2017. Photo: AFP
'On the losing side'
But residents also have other concerns, including the likely upsurge in pollution and traffic, which is already heavy in the densely populated Seine-Saint-Denis region.
A new exit from the A86 motorway will be built next to a school.
“We should be the main winners of these urban transformations but at the moment we are a bit on the losing side in terms of pollution,” said Cecile Gintrac, a resident of Saint-Denis who sits on the Paris 2024 oversight committee.
Patrick Braouezec, a senior local official, insisted however that locals would be the big winners of the Games, with overhead power lines in the area set to be buried underground and a major new railway station planned for the area, along with 2,200 new lodgings.
He said that the Olympic village would be transformed afterwards into a “true neighbourhood” and not just housing complexes of the type built for the 1992 Games in Barcelona, 2012 Games in London or the upcoming 2020 Games in Tokyo.